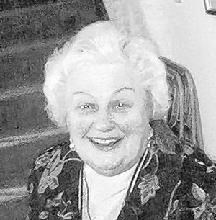 Susan passed away on November 27, 2020, at the age of 87. She was born on June 8, 1933, in Hamilton, Ohio, to George C. and Alma Bender Cummins, both pioneer Hamilton families. She graduated from

Hamilton High School in 1951 and from Northwestern University in 1955, with a B.A. in Art and History and was a member of Pi Beta Phi. After she graduated from college, she studied Interior Design at the Parsons School of Design in New York City, followed by graduate study at the University of Geneva, Switzerland. She later studied Historic Preservation at Miami University. She was active in many clubs and civic affairs – She served on the Board of The Lane Public Library, Historic Hamilton, Greenwood Cemetery, the Michael J. Colligan History Project, Heritage Hall, Historical Societies of Butler County, Cincinnati and Ohio, the Animal Friends Humane Society, and the Architectural Design Review Board. She was also a lifelong member of Chapter BR, P.E.O., Junior Women's League and Auxiliary, The Woman's Club, Trouveres, Browning Club, Lotus Club, John Reily Chapter - Daughters of the American Revolution, the New London Hills Club and The Presbyterian Church. She was devoted to her 1951 HHS high school classmates and to her bridge club group of over 60 years. She worked as an Interior Designer for The A.B. Closson Jr. Company in Cincinnati for many years. In 1979 she opened her own interior

design business in Hamilton and a needlework shop, The Saltbox, in partnership with her childhood friend Dorothy (Dody) Rentschler. She retired from her interior design business in 2002. In 1996 she married David C. Myers, a Hamilton native, from Sylvan Lake, Rome City, Indiana. They maintained residences in both Rome City and Hamilton, until his death in 2008. Her Interests included art, antiques, historic preservation, reading, opera, needlework, genealogy, family, friends and her many pets. She is survived by her three children, Scott (Stephanie) Vaaler of Glendale, Ohio, Eric (Suzanne) Vaaler of Arnold, Maryland and Anne (Craig) Mills of Hamilton. She leaves seven grandchildren, Katherine and Andrew Vaaler, Christine, John and Erica Vaaler, Megan and Alex Mills, her

sister Joan Crane, with whom she was very close, and Joan's

children, George (Akemi) Crane, Cynthia Crane (Gary) Wollenweber, Andrew (Sue) Crane and her cousins Mary Spoerl and Patricia (Patsy) Urmston, whom she cherished, along with many other close relatives. She also has five stepchildren, Chris Myers, Kevin Anne Kitchen, Daniel (Paula) Myers, Jennifer (Fred) Larson, Dina (David) Holiday and nine stepgrandchildren. She was preceded in death by her parents, her husband David Myers, her former spouse, Richard H. Vaaler, whom she married in 1957, her brother-in-law Carl Crane, and her niece Susan Crane. Private services were held on December 4, 2020, and were officiated by Dr. John Lewis. Arrangements by Weigel Funeral Home. Memorials may be made to the Animal Friends Humane Society, the Butler

County Historical Society, the American Diabetes Association or a charity of one's choice. Online condolences are available at www.weigelfuneralhome.com.
Published by Journal-News from Dec. 2 to Dec. 6, 2020.
To plant trees in memory, please visit the Sympathy Store.
MEMORIAL EVENTS
To offer your sympathy during this difficult time, you can now have memorial trees planted in a National Forest in memory of your loved one.
Funeral services provided by:
Weigel Funeral Home
MAKE A DONATION
Please consider a donation as requested by the family.
MEMORIES & CONDOLENCES
Sponsored by Weigel Funeral Home.
1 Entry
Susan. I will miss seeing and working with you on as we did on many
of our class of '51 Reunions. God bless you.
Roger Many
Classmate
December 2, 2020
Showing 1 - 1 of 1 results