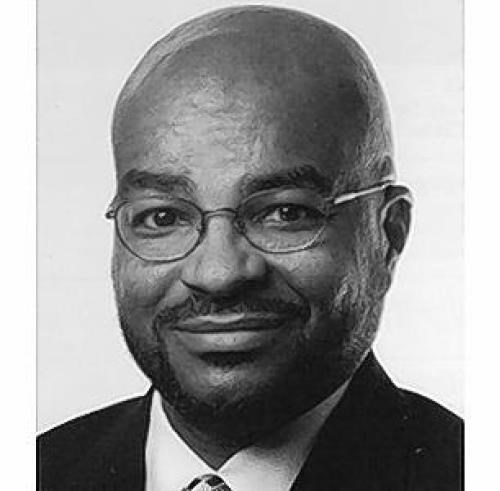 ABOUT
Dunbar High School
FUNERAL HOME
H. H. Roberts Mortuary, Inc.
38 S. Gettysburg Avenue
Dayton, OH
BLACKSHEAR, Sr., Willis E. Age 57 and a lifelong resident of Dayton, passed away peacefully at Hospice of Dayton on February 19, 2018. He is survived by his wife, Regina, son, Willis Jr. and stepchildren, Jamil, Keianna and Brekila. He was a graduate of Dunbar High School (Class of 1979) and Fisk University (Class of 1983). Willis began a 30-year career of public service in the Montgomery County Treasurer's office, working his way from an entry level position to Assistant County Treasurer. In 2006, he realized his dream of serving as an elected official when he was appointed Montgomery County Recorder. Willis was elected to his first four-year term in 2008, and re-elected in 2012 and 2016. He served on numerous boards including Miami Valley Fair Housing, Sinclair College Paralegal and Tawawa Community Development Corporation. Willis was president of the Dayton Montgomery County Black Elected Officials, the first African-American to serve as president of the Ohio Recorders Association, member of the G-Men Social Club of Dayton and recipient of the Top Ten African American Male (2009) and Montgomery County Democrat of the Year (2014) awards. He was preceded in death by his mother, Lillian Blackshear; and sisters, Catherine Wright, Willene Dansby-Blackshear and Lillian (Sue) Cleveland. Other survivors include sister, Carlotta Culpepper; brothers, Bill Thomas (Evelyn), Milton Blackshear (Angela), Dennis Blackshear, and twin, Willard Blackshear; mother-in-law, Dorothy Garrett; brothers/sisters-in-law Timothy (Paula) Branham, Herman (Zaria) Dixon, and Darrell (Belinda) Anderson; four grandchildren and numerous nieces, nephews and friends. A celebration of Willis' life will be held on Saturday, March 17, Sinclair Community College, Smith Auditorium in Building 12, at 1:00 p.m. Family members will greet and receive friends at 12:30 p.m. In lieu of flowers, memorial contributions may be made to "The Willis E. Blackshear, Sr. Scholarship Fund" of The Dayton Foundation, 40 N. Main Street, Suite 500, Dayton, Ohio 45423. HHRoberts.com
Published by Dayton Daily News on Mar. 4, 2018.
To plant trees in memory, please visit the Sympathy Store.
MEMORIAL EVENTS
Mar
17
Calling hours
12:30p.m.
Sinclair Community College, Smith Auditorium in Building 12
OH
Mar
17
Celebration of Life
1:00p.m.
Sinclair Community College, Smith Auditorium in Building 12
OH
Funeral services provided by:
H. H. Roberts Mortuary, Inc.
MAKE A DONATION
MEMORIES & CONDOLENCES
Sponsored by H. H. Roberts Mortuary, Inc..
9 Entries
My sympathies and prayers to the family. I worked with Willis in a business capacity over the past 5 years. Willis was always a professional, always accommodating, and always had a kind word to say. It was a pleasure to know him. He will be missed.
Bob Grohol
April 2, 2018
Decades ago we met while serving as members of Innerwest Priority Board - Dayton, OH, as advocates for the least of those.

Willis E. Blackshear Sr., a steadfast, upright man; many hearts are broken, shattered more than a million pieces at his demise.
"...[P]eace of GOD, which surpasses all understanding, will guard your hearts and minds through Christ Jesus." Philippians 4:7

We pray that you find comfort in your memories of Willis and may the Lord wrap His loving arms around you during your time of sorrow. The Dayton Dunbar Wolverines Class of 1979 will keep his memory alive. RIH Classmate knowing that you made a huge impact in many lives and Dayton Ohio.
Richard and Lenora Brown
March 5, 2018
DEEPEST SYMPATHY TO THE FAMILY AND FRIENDS AND MAY HE RIH. GERALD MARTIN AND FAMILY.
GERALD MARTIN
March 4, 2018
We share in the loss of our good friend Mr. Willis Blackshear Sr. and want the family to know that we lift you in prayer. Even tho he is no longer with us, his works and the service that he rendered to this city will never be forgotten. He was truly a blessing to anyone that knew him. May God walk you through this valley of sorrow.
Rev. Raleigh Trammell Family
March 4, 2018
In God's care, rest in peace.
Dwayne Bickham,Sr.
March 4, 2018
William l
Webster jr Webster
Friend
February 25, 2018
Showing 1 - 9 of 9 results