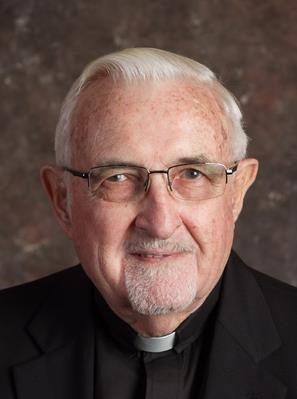 The Abington, PA, native was born on May 12, 1933, the son of the late James J. and Honora (Donahue) Byrne. He attended St. James parish elementary school, Elkins Park, PA, and graduated from Northeast Catholic High School in 1950. Father entered the Oblate novitiate and made first profession of vows on September 13, 1951, final profession of vows on September 13, 1954, and ordained to the priesthood on May 31, 1960. Father Byrne earned two degrees in Spanish: a BA from Niagara University and an MA from Catholic University. He also pursued additional graduate studies in French and Language Instruction at the University of Pennsylvania and West Chester University.

Following ordination, Father Byrne served on the faculty at Salesianum School, Wilmington, DE, where he also served as director of Casa de Sales, a community established for high school-aged male refugees from Cuba. From 1968 to 1974, he served on the faculty at Father Judge High School, Philadelphia, PA, returning to Salesianum from 1974 to 1981. The next three years saw him engaged in missionary work in Brazil, after which Fr. Byrne served a third and final stint at Salesianum School. After leaving Salesianum in 1990, Fr. Byrne worked in parochial ministries in the Archdiocese of Philadelphia and the Dioceses of Allentown, PA, Raleigh, NC, and Charlotte, NC. He retired to the Oblate community in Childs, MD, in 2012.

Fr. Byrne is survived by a brother, Robert J. Byrne; sister-in-law, Mary Ann Byrne; as well as nieces and nephews.

Due to restrictions associated with the COVID-19 crisis, the Mass of Christian Burial will be held at a later time.


Published by The News Journal from Mar. 20 to Mar. 22, 2020.
To plant trees in memory, please visit the Sympathy Store.
MEMORIAL EVENTS
To offer your sympathy during this difficult time, you can now have memorial trees planted in a National Forest in memory of your loved one.
Funeral services provided by:
Hicks Funeral Home
MAKE A DONATION
MEMORIES & CONDOLENCES
Sponsored by Hicks Funeral Home Hicks Funeral Home - Elkton.
8 Entries 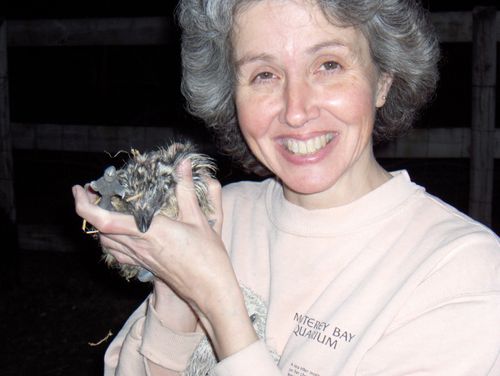 SALESIANUM/SALLIES/CASA de SALES IN WILMINGTON DE....LATIN MOTTO- "TENUI NEC DIMITTAM"-"I HAVE TAKEN HOLD AND WILL NOT LET GO"-JUST LEARNED ABOUT THE BEZOS FAMILY'S GENEROSITY-"63...THANK YOU GOD FOR THE MANY DONATING DURING THESE TIMES-ROCCO ABESSINIO FAMILY ALSO...'59-AND ALL THE PEOPLE DONATING TO SALESIANUM AND ST. FRANCIS de SALES...ALSO TO CHILDS MD. THE RESTING PLACE FOR OUR RETIRED OBLATES THAT WE ALL LOVE SO MUCH...GOD IS SO GOOD GIVING TO SALESIANUM/SALLIES AND SALESIANUM/SALLIES RECEIVING THE LOVE THAT THE OBLATES HAVE GIVEN US ALL...OUR FAMILY MOVED TO DELAWARE 1955 AND I WORKED TO PAY MY TUITION...SALESIANUM/SALLIES WAS GOOD TO OUR FAMILY...BEVERLY-IN-HEAVEN AND ARNIE SHER SAMSON---CHILDREN'S FARM-TOWNSEND DE.
BEVERLY-IN-HEAVEN AND ARNIE SHER SAMSON...'59
Student
June 21, 2021
I was truly blessed to learn Spanish at Salesianum from two of the best - Señor Kramer and Padre Byrne. They both made us work very hard and we learned a great deal. I never forget him saying "Señor Greto - used es un payaso. To this day I cherish being called a clown by him. Thank you Father - may you rest in peace - you were the best.
Bill Greto, Jr.
Student
June 20, 2021
Father Byrne was a genuinely nice man and a very good teacher

Chris Roddy
Chris Roddy
March 28, 2020
Fr. Byrne was a kind, wonderful Salesian Gentleman. His influence and guidance to his students was unsurpassed. He was a strong leader and role model for many generations of young men.
Rest in Peace. I am sure he will hear the words upon his entrance to heaven, "A Job well done" !
Thank you Fr. Byrne.

Mike Pierce '78
Michael Pierce
March 23, 2020
I can still recite the Hail Mary in French and I know who lives at 10 Place d"Italy. Thanks.
Paul Scho 83
March 21, 2020
Fr. Byrne was a kind, dedicated servant to Salesianum. He was a task master who believed in the Salesian ideals V+J.
Thomas Bursler 81
March 21, 2020
Fr. Byrne was a kind man and educator who wasmore patient with his students at salesianum than most. He e was a role model to many and he will be missed.
Dennis Marinell76
March 21, 2020
TENUI NEC DIMITTAM-I HAVE TAKEN HOLD AND WILL NOT LET GO-LATIN MOTTO OF SALESIANUM-SALLIES WILMINGTON DE.-SINCERE CONDOLENCES TO FAMILY-FRIENDS-ALL OBLATES-THANKS.
March 21, 2020
Showing 1 - 8 of 8 results