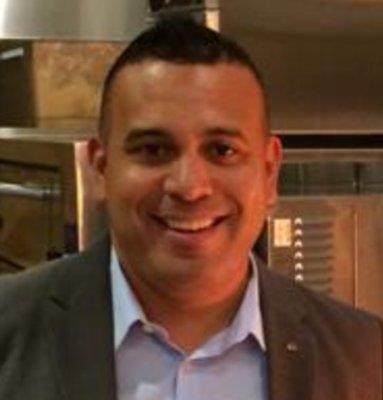 Born in San Pedro, CA he was the son of Patricia (nee Crossdale) Manley and the late Marshall Lee Lowe, Sr.

He was a graduate of Brandywine High School. For many years, he was the General Manager for Darden Restaurants, Inc., of which he managed many of their restaurants in the area. He was actually sent to Italy by them and trained to become a Chef. More recently, he was offered a great position as the General Manager of the Ruby Tuesday's Flagship Restaurant in New York City. Through his many years in the restaurant industry, he received many awards for excellence.

Marshall enjoyed music, especially bands like Keane, Coldplay, and Gavin Degraw, playing his guitar, singing, dancing, skateboarding, basketball, traveling around the country, but most of all he enjoyed doing anything with his children.

In lieu of flowers, donations may be sent to the American Cancer Society, St. Jude Children's Research Hospital, or to the Shriners Hospitals.

Rest in peace my friend, wish I knew sooner, you were one of the best guys I knew. Your heart was as big as this world, Will pray for you and your family,

God Bless,
Alexander Rivera
February 26, 2018
Marshall I'll miss you man. I didn't know you were sick. I wish I would've known. Wish I could skate with you just one more time.
Carey Cushing
January 30, 2018
Marshall,

You were always a joy to have around our house watching you grow up and becoming the wonderful person you were. You will be greatly missed.
Kathie Ferrell
January 10, 2018
May memories of "Marshall" and the love of family surround you and give you strength in the days ahead.
Iris Herbert
January 10, 2018
Showing 1 - 5 of 5 results