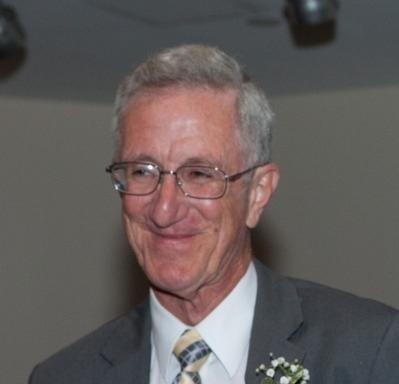 David was born May 31, 1949 in Charleston, West Virginia. He was a graduate of Berea College and received a Master of Divinity and a Doctor of Ministry from Southern Baptist Theological Seminary. While in Seminary he pastored the Mt. Herman Baptist Church in Kutawa, Kentucky. Subsequently, he served the Glenwood Baptist Church in New Jersey, The First Baptist Church in Hamilton, NY and for 16 years the West Henrietta Baptist Church in New York, the longest pastorate in this nearly 200 year old congregation. Much loved and respected by his congregation and a wide circle of friends and acquaintances. He was active in the work of the American Baptist Churches of Rochester and Genesee Region and in many other local and statewide organizations. David served as the Chaplain of the West Henrietta Fire Department and the Henrietta Fire District. His love of music was widely recognized both within his congregation and also by his active role in the Eastman Rochester Chorus.

A Memorial Service will be held at 3 PM Sunday March 16th at the West Henrietta Baptist Church, 5660 West Henrietta Rd., W. Henrietta, NY 14586. Contributions in David's memory may be made to the C. David Hess Memorial Fund c/o of the Church. To leave an online condolence for David please visit www.miller1889.com

Published by Rochester Democrat And Chronicle from Mar. 12 to Mar. 13, 2014.
To plant trees in memory, please visit the Sympathy Store.
MEMORIAL EVENTS
To offer your sympathy during this difficult time, you can now have memorial trees planted in a National Forest in memory of your loved one.
MAKE A DONATION
MEMORIES & CONDOLENCES
11 Entries
We still miss you.
Marti Spaker
Friend
March 6, 2020
Pastor Dave,
We continue to miss you.
Love,
Marti
Marti Spaker
Friend
March 6, 2019
You were an inspiration to many. Your calm peace loving actions were leading us from the wilderness and darkness into the light. Thank you, my sympathies to all those near and dear to you you will be greatly missed
Barbara Hosmer
March 18, 2014
Sorry for your loss. Rip pastor Hess. Everyone will miss you. Jasmine misses you alot.
christina dinsmore
March 16, 2014
A dear man with a generous heart. You will be sorely missed David. Godspeed.....
Anne Huddleston
March 15, 2014
Rev Dave,
You were one of the nicest men I have met. My mom was a member of your church and when she got cancer you were there for her!
JoAnn Kinyon
March 13, 2014
Pastor David,
Meeting you was a blessing I will cherish. RIP friend.
Marti Faiola
March 12, 2014
So sorry, to loose such a dear friend...He married my husband and I...we were the first couple he ever married....He flew home from New Jersey to preach my mom, Dotty Ramey's funeral in Kuttawa Ky. and we drove to West Virginia when his mom passed away..he was with us when our first child was born....till we meet again my friend.....cindy
March 12, 2014
Rest in peace Preacher Man
Mike Logan
March 12, 2014
PASTOR HESS WAS A KIND AND GOD LOVING MAN.MY PRAYERS AND THOUGHTS ARE WITH YOU AT THIS TIME.
ROSE LEONARD
March 12, 2014
Jessica & Erik Baumgartner
March 12, 2014
Showing 1 - 11 of 11 results