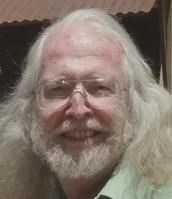 Duchesne, Utah. John Paul Pratt was born in Downey, CA on July 4, 1945 and passed away on October 12, 2021 at home in Duchesne, UT at the age of 76. He grew up in Salt Lake City, UT with his parents LeGrand and Kathryn Pratt, and older brother Jim. He graduated first in his class from South High in 1963. He served an LDS mission to southern Brazil in 1965. He had a bachelor's degree in physics and math from the U. of Utah (1968-69), and a Ph.D. in astronomy from the U. of Arizona (1976). He married Ruth McOmber in 1970 and had five children: John, Julie, Mary, Jared, and Joseph. He is survived by his former wife Ruth, his five children, and his 28 grandchildren. He faced death twice by overcoming leukemia in 2009 and a bad case of fasciitis in his leg in 2017, but ultimately fell to covid pneumonia this year.

John had a passion for religious calendars and chronology and always loved science and math. As a youth, he discovered calendars at three, prime numbers at four, and studied dinosaurs intensely in the fourth grade. He had many side interests, including outdoor survival, solving puzzles, and collecting books. He looked forward to his annual table tennis tournaments, playing chess with his grandkids, and going on family campouts.

John was a wonderful father, friend and devoted disciple of Jesus Christ. He loved to share his knowledge and was a seeker of truth and improvement. He would test his limits outdoors with just a sleeping bag, staff, and pocket knife. He emphasized cherishing life and listening to one's conscious.

After school finished in Tucson, AZ, his family moved to Layton and Kaysville, UT, where he did computer programming at Hill Air Force Base. From 1988 to 1999 his family lived in Orem, UT, where he worked for Ashton Research, WordPerfect, and Novell. He also worked for Cogito, Omniture, PerfectSearch, and taught astronomy at Utah Valley. He also lived in Pleasant Grove, American Fork, Lindon, and Duchesne, UT.

John wrote 254 articles on religion, science, calendars, and constellations that are linked on his website at johnpratt.com. Over ninety of those are in Meridian Magazine (1999-2014) and some for the Ensign. He is the author of the book 'The Creator's Magnificent Clock'. He is featured in the production, "Oh, How Lovely was the Morning! The Quest for the Date of the First Vision".

John served in many LDS church positions earlier in his life. Prior to death, he was an active participant in the Remnant movement, speaking at conferences. He later testified as a witness to the gold plates with a group in Brazil, which he fondly called the "reborn" LDS church where he served in the first presidency. 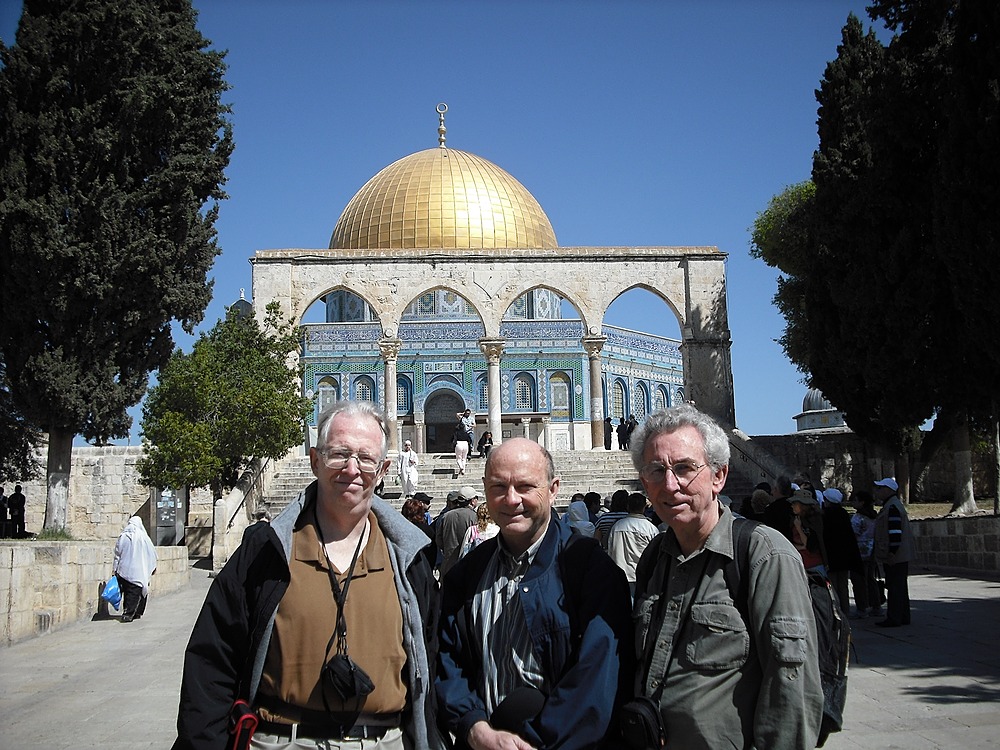 Garth & Cheryl Norman extend our deepest sympathy to the Pratt family at the passing of Dr. John Pratt--our constant friend and colleague in calendar research throughout the world. John's vast astronomical knowledge verified the archaeology and astronomical studies I made of the Izapa, Mexico Temple-Observatory and the Parowan Gap, Utah Observatory. This April 6, 2008 photo in front of the Dome of the Rock on the Temple Mount in Jerusalem shows John Pratt (left), Lance Harding, and Garth Norman (right).
Garth Norman
Work
October 17, 2021

Petra Faltysova
October 16, 2021
John was married to my cousin, Ruth McOmber. We visited with them numerous times when we were visiting with other relatives in Utah usually around the New Years Day holiday. We played ping pong and did puzzles with them and watched the children perform. Fond memories. I really appreciate the effort John made to digitally photograph a large stack of black and white Czech family photos and Calvin McOmber Jr. photos from the time he was a missionary in the Czechoslovakian mission. I have most of them saved on my computer since that is my heritage also. I have used some of them in presentations an have posted some on them on FamilySearch.com. I remember John and thank him each time I use them.
Frank South
Family
October 16, 2021
I knew John in high school. I thought at the time he was the smartest person I ever knew.
David Knutti
School
October 15, 2021
Showing 1 - 4 of 4 results