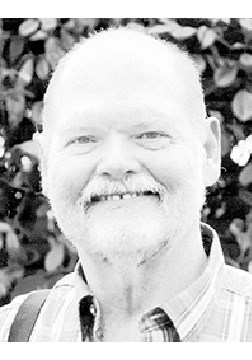 BORN
1950
DIED
2017
ABOUT
Castleberry High School
Angelo Skeet George LAKE WORTH -- Angelo Skeet George, passed away Thursday, Dec. 21, 2017, at his home after complications suffered from heart surgery. FUNERAL: 11:30 a.m. Wednesday in Greenwood Chapel. Interment: Greenwood Memorial Park. Visitation: 6 to 8 p.m. Tuesday at Greenwood. MEMORIALS: In lieu of flowers, donations may be made to Meals on Wheels. Angelo Skeet George was born in Fort Worth on Oct. 31, 1950, the son of Angelo and June George, Skeet grew up in a world of hunting, fishing and barbecue. He graduated from Castleberry High School in 1969 and went on to help his dad run Angelo's Barbecue. He married his high school sweetheart, Barbara, and they've been married for 47 years. They raised two beloved children, Jason and Gina. After his father's death in 1997, Skeet took over the family restaurant where he began to train Jason with secrets of the smoke pits. Skeet's love of hunting and fishing has taken him all over the world to the likes of Alaska, Canada, Africa, Mexico and South America. Many of his trophies, including a giant black bear, which is on display at the restaurant. He was not only a hunter but a great chef, as well, with his recipes finding their way in celebrity cookbooks, and several appearances on the Food Network. His love of cooking and hunting melded together well as he was the life of many hunting parties in New Mexico as a chef for Kennedy Hunting Services. Three years ago, his love for hunting and fishing were superseded by a sweet little blonde named Skylar Jean, his cherished granddaughter, who brought the biggest smile to his face and twinkle to his eye. Skeet was a wonderful husband, father, brother and great friend. He would love to hold court at the round table next to the bar at the restaurant and hang out with old buddies while greeting new friends. He had the biggest heart, a hearty laugh, was extremely witty and loved his family very much. He was preceded in death by his parents, Angelo and June George. SURVIVORS: Wife of 47 years, Barbara; son, Angelo Jason George and wife, Storm, and their daughter, Skylar Jean; cherished daughter, Gina George; sisters, Cindy and husband, Ralph Shaw, and Peg George; and his nieces and nephew.