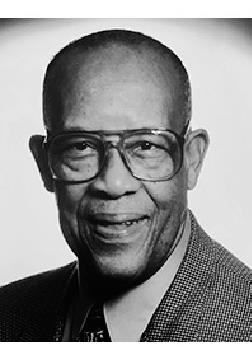 BORN
1920
DIED
2018
FUNERAL HOME
Baker Funeral Home - Fort Worth
301 East Rosedale Street
Fort Worth, TX
Reby Cary FORT WORTH--Reby Cary, an educator, political leader, entrepreneur, community activist and World War II veteran, moved to a house not made by hands Friday, Dec. 7, 2018, at the age of 98. CELEBRATION OF LIFE: 12:30 p.m. Monday, Dec. 17, 2018, at Mount Olive Missionary Baptist Church, 2951 Evans Ave., Fort Worth, Texas. Visitation: 2 to 4 p.m. Sunday at the I.M. Terrell Visual and Performing Arts Center with a public tribute of "A Life Well Lived" starting at 5:07 p.m. MEMORIALS: In lieu of flowers, contributions may be made to The ALPHA PHI ALPHA Education Foundation in honor of Reby Cary. Reby was born Sept. 9, 1920, on East Annie Street in Fort Worth, Texas, to the parentage of Rev. Smith and Maggie B. Cary. His father was founder of Rising Star Baptist Church. A product of the Fort Worth Independent School District (James E. Guinn Elementary and a 1937 graduate of historic I.M. Terrell High School), Reby received his Bachelor of Arts degree in history from Prairie View A&M College in 1941. A year later, he completed his Master's degree. Reby enlisted in the Unites States Coast Guard, becoming of the first African American in Fort Worth to be allowed in the ranks of apprentice seaman. He later became a radioman second class and was assigned to the USS Cambria, AA036 (Amphibious Personnel Attack). From 1952 to 1967, Reby was a counselor and history/government instructor at Dunbar Middle School. When the new Tarrant County Junior College opened in 1967, he became assistant professor of history there, and in 1969 he was the first black professor hired at the University of Texas at Arlington. Reby was the first African-American elected (and at-large) to the Fort Worth school board, where he served four years before leaving to run for the state legislature, becoming the first state representative elected to District 95. Although elected as a Democrat, Reby urged blacks and Hispanics to support the Republican Governor Bill Clements in his re-election bid. Although Clements lost, Reby convinced him to appoint Louis Sturns as the first black district judge in Tarrant County. Reby, an active member of the Beta Tau Lambda Chapter of Alpha Phi Alpha Fraternity for 70 years, has spent the past few years writing more than 20 books to tell the stories of African-American individuals, institutions and organizations. He was an active member - indeed a pillar - of his beloved New Raising Star Baptist Church, where he faithfully served as a deacon and trustee. A devoted family man and an amazing father, Reby was preceded in death by his wife, Nadine Spencer Cary. SURVIVORS: Daughter, Faith Ellis (Bill); grandchildren, Caleb Larkin, Lauren Larkin, Blaine Ellis, William Ellis Jr., McKinley Ellis (Emma) and David Ellis (Katy); great-grandchildren, Nadia Larkin, Kaelie Gunter, Ian Larkin, Elijah Newman, and Leo Larkin; sister, Margaret Newton; sisters-in-law, Odetta Russeau (Clarence), Brenda Walker, Mary Evans, Sandra Taylor (George) and Jean Sumerlin; and a host of nieces, nephews and cousins.

Published by Star-Telegram on Dec. 16, 2018.
To plant trees in memory, please visit the Sympathy Store.
MEMORIAL EVENTS
Dec
16
Visitation
2:00p.m. - 4:00p.m.
I.M. Terrell Visual and Performing Arts Center
TX
Dec
17
Celebration of Life
12:30p.m.
Mount Olive Missionary Baptist Church
2951 Evans Ave.,, Fort Worth, TX
Funeral services provided by:
Baker Funeral Home - Fort Worth
MAKE A DONATION
MEMORIES & CONDOLENCES
Sponsored by the Star-Telegram.
10 Entries
What an honor it is to see the Reby Carry Library under construction on East Lancaster in Ft. Worth, TX. Hopefully we can have a street renamed in his honor as well. The legacy & memory lives on in Ft. Worth & in the hearts of the Historic Carver Heights Neighborhood Association. He will forever be remembered.
Dolores Connor, HCH Historian
Neighbor
December 10, 2020
My father (Walter Connor) met Reby in Prairie View and in the 1950's & 60's they taught Veterans School in Ft. Worth at the Jame E. Guinn School. Our families were neighbors in Carver Heights & I was a student at UTA when he became a faculty/staff there. This year, 2018 the African American Alumni Association named an honor for him. He left the event early due to a rain storm & missed the presentation. His works & his memory will continue to live on. May God continue to bless & strengthen the Cary family as my "Uncle Daddy" is laid to rest.
Dolores & Carolyn Connor Family
December 19, 2018
To the family and friends who mourn. I'm so sorry to hear about the loss of your beloved one Reby.
May the loving support of prayers sustain you through this very difficult time of sorrow. (1THESSALONIANS 4:14)
December 18, 2018
Mr. Cary,

Thank you for always having a pleasant attitude and a smile for everyone no matter what you were going through.

Thank you for your teaching and the excellence your displayed through-out your career.

May God bless and keep you.
Linda Morgan
December 17, 2018
Mr. Cary, what an honor it was to know you. You lived a great life and we are all the better for it.
David & Robin Smith
December 17, 2018
This man held the respect of elected officials on both sides of the isles and not only that, he had their love. He lived his belief in God and from my view, demonstrated living like Jesus wants all of us to live. RIP old friend.
Senator Kim and Janna Brimer
December 17, 2018
The Brothers of Nu Pi Lambda Graduate Chapter (Arlington,TX), Alpha Phi Alpha Fraternity, Inc., express our fraternal remorse due to death of this stalwart servant of God and exemplary member of the Fraternity for over seventy years.

He is now transcendent among the angels and saints and will forever be revered as a soldier of the cross who never stopped serving his community, his family and his Lord.

May he rest in peace and may perpetual light shine upon him.
Nu Pi Lambda Chapter Alpha Phi Alpha Fraternity
December 17, 2018
I thought I would take a black history class at UT-Arlington and get an easy A. NOT!!! Mr. Cary made me work hard to pass the class. I learned a lot about our history and myself. Thank you Mr. Cary.
Lynn Bowers
December 16, 2018
"Rest in Peace"
Debra Sue Johnson
December 16, 2018
Thank you, Mr Cary, for the life lessons that you taught us in your civics classes at Dunbar, preparing us for survival in the then segregated Ft Worth. Those lesson still help guide me.
Dunbar class of 1964
Victor Holly
December 16, 2018
Showing 1 - 10 of 10 results