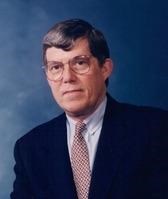 ABOUT
Columbus North High SchoolNorth High School
FUNERAL HOME
Schoedinger Funeral and Cremation Service - Northwest Chapel
1740 Zollinger Road
Columbus, OH
Wright, Frank
1937 - 2019
Dr. Frank Creamer Wright, II, born in Columbus, Ohio, October 16, 1937, passed away Tuesday, May 21, 2019. Frank attended Columbus North High School and The Ohio State University. His Bachelor's degrees were in Entomology and Physical Anthropology. In 1960, he attended the Medical College of Ohio State University and graduated in 1964 with an MD degree. He did a rotating internship at Riverside Methodist Hospital from 1964 to 1965, and then did a residency there in OB/GYN from 1965 to 1969. His private practice began in July 1969 and ended when he retired in August of 2003. He was a member of the American College of OB/GYN in addition to being a Diplomat of the American Board of OB/GYN. From 1982 to 1983, he served as President of the Columbus OB/GYN Society and during his practice years was a Clinical Associate Professor of OB/GYN at OSU College of Medicine. From 1974 to 1980, he served as Chairman of the OB/GYN Department at Riverside. He joined the active Army Reserve in January of 1964 and was assigned to the 2291st General Hospital, where he served in the Reserves until honorably discharged in 1976 as a Major. After retiring from the practice of medicine, Frank got more involved in Masonry. In 1979, he was raised as a Master Mason in Community Lodge #684, F&AM. He served as Master of Community Lodge from 2010 to 2011, and currently was a trustee of Community. He is a 32nd degree Scottish Rite Mason, Valley of Columbus. His other Masonic memberships are Community Chapter #227, West Gate Council #129, Mt. Vernon Commandery #1, Knights Templar, in Columbus, Ohio. He was a Past President and current Secretary of Downtown Columbus High Twelve Club #453. In addition, he belonged to York Rite Sovereign College, Thomas Smith Webb #192, Chapel #14 of the Commemorative Order of St. Thomas of Acon, and Franklin County Memorial Lodge. Currently, he was serving as Sovereign Master of Frank H. Nicklaus Council #208, Allied Masonic Degrees of North America. He was also a member of The Ohio Chapter of Research and the second vice president of the Ohio Association of High Twelve Clubs. Frank was preceded in death by his sister Karen Wright. He will be greatly missed by his wife of 56 years, Judith Wright; sons, Douglas (Liesl) Wright, David (Lori) Wright and Frank Wright, III; grandchildren, Austin, Madison, Grace, Louisa, and Andrew Wright and Abigail, Isabelle, Melody, and Jordan Rush; brother, Tom (Jane) Wright; and many other extended family members and dear friends. Family will receive friends from 5-7 P.M. with a Masonic Service beginning at 7 P.M. Friday, May 24, 2019 at SCHOEDINGER NORTHWEST CHAPEL, 1740 Zollinger Rd., where funeral service will begin at 10 A.M. Saturday, May 25, 2019. Entombment Union Cemetery. Memorial contributions may be made to the Colonial Williamsburg Fund, P.O. Box 1776, Williamsburg, Virginia 23187-9910 or to Special Olympics, Attn: Web Gifts, 1133 19th Street NW, 12th Floor, Washington, D.C. 20036-3604. To share memories or condolences, please visit www.schoedinger.com.

Published by The Columbus Dispatch from May 22 to May 24, 2019.
To plant trees in memory, please visit the Sympathy Store.
MEMORIAL EVENTS
May
24
Service
7:00p.m.
Schoedinger Funeral and Cremation Service - Northwest Chapel
1740 Zollinger Road, Columbus, OH
May
25
Funeral service
10:00a.m.
Schoedinger Funeral and Cremation Service - Northwest Chapel
1740 Zollinger Road, Columbus, OH
Funeral services provided by:
Schoedinger Funeral and Cremation Service - Northwest Chapel
MAKE A DONATION
MEMORIES & CONDOLENCES
Sponsored by The Columbus Dispatch.
3 Entries
Dr. Wright delivered two of my three children (Dr. Goff delivered my middle child). I always had respect for Dr. Wright. His kindness and concern for his patients was something I will always be grateful for. I hope you can find comfort with the loss of him. May God bless!
September 5, 2019
I'm sorry this is late in getting to you, but I wanted to write something in case you get to see it. In 1969, I was living in Gulfport, Miss. when Hurricane Camille hit the gulf coast. My husband at the time was in the military and I was 8 1/2 months pregnant. The roads were wiped out and I had to return home. A nurse friend of my parents was very impressed with and recommended to me Dr. Wright as I needed to get a doctor fast. Dr. Wright and his partner Dr. Goff were just starting a new practice. I was one of their first patients, and the night I delivered Dr. Wright came in and checked on me practically every couple of hours. I was in labor for 13 hours. I know I thought I was special because one of them were checking on me all night. They were probably there for other patients as well, but I thought It was just for me. Dr. Wright delivered my son and every time I would go to see him for check ups, I would always remind him that I was one of his first patients. He always made me feel very comfortable. I will always remember what a special doctor he was. My deepest sympathy to your family.
Suzanne Mayo
June 18, 2019
May the God of all comfort sustain your family during the days ahead Psalms 119:76
May 25, 2019
Showing 1 - 3 of 3 results