Published by The Columbus Dispatch from Apr. 17 to Apr. 19, 2015.
To plant trees in memory, please visit the Sympathy Store.
MEMORIAL EVENTS
To offer your sympathy during this difficult time, you can now have memorial trees planted in a National Forest in memory of your loved one.
Funeral services provided by:
Newcomer Funeral Home - Northeast Chapel - Columbus
MAKE A DONATION
MEMORIES & CONDOLENCES
7 Entries
I too learned a lot from Larry. I worked 18 total years for Nu-Look Fashions. I became good friends with all of his family, both sides. Norma, my prayers go out to you and the Fannin & Deerfield family.
Chuck Coulter
September 2, 2015
I found out my previous employer Larry Fannin of NuLook Fashions has passed away. My heart aches for not paying my last respects as I found out too late. I truly loved him. I appreciate all of the wisdom, kindness, patience and favor that was bestowed upon me. He was a true gentleman from the Kentucky hills who grew a multi-million dollar company from selling wigs out of the back of a van to manufacturing and wholesaling mens suits to small & large retailers nationwide...housing 250 k plus suits @ a time.... Enabled a way for even individuals to turn profits. Sales... He turned me onto the concept of its limitless reality. He was the best ... Most relentless salesman ever and smiled the WHOLE TIME! Bless his heart... SOMEHOW had me singing Bluegrass at our company Christmas parties....which always turned out to be really a set up for his mini concert....LOL! I'll always think of and remember him dearly.... RIHeaven Mr Fannin.... Already missed. Praying for his Wife... Son....and all of his family. May God bless and keep them as only he can... In Jesus' name I pray.
Shannon Mason (Whitten)
April 25, 2015
I learned a lot from Larry from my time at NuLook. I've always had great respect for him. My condolences to Michael an Norma
Patrick Shroyer
April 22, 2015 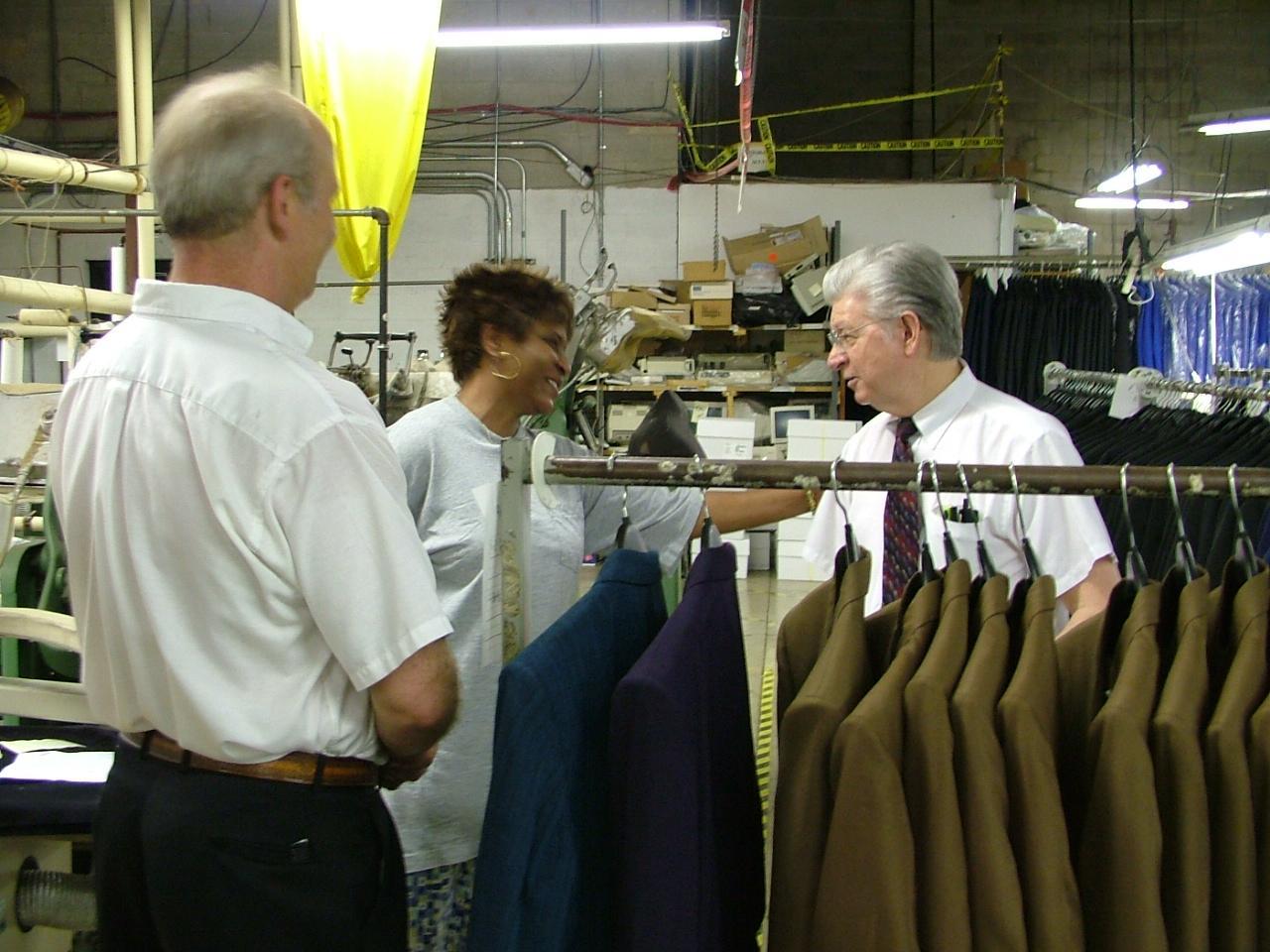 I am truly sorry to hear about your loss.
I worked for Larry Fannin for many years and he taught me many things over the years.It took me along time to understand his teachings and wisdom,He made me a better person for knowing him.
I missed the Blue Grass and fun we had at Nulook Fashions and will forever be better for working there!
Jim Russell
April 20, 2015
Dear Norma and family,
I am so sorry for your loss with the passing of Larry especially so soon after losing your precious daughter, Sandy. We have been praying for you throughout all of your challenges. I have fond memories of times at your home. I remember listening to Larry sing and pick to his Blue Grass music. Take care of yourself and know you will remain in our thoughts and prayers.
Love and hugs,
Pam Steele-Vanderpool
Pamela Steele-Vanderpool
April 19, 2015
So very sorry to hear this; Prayers for Norma, Michael, Henry, Don and the rest of Larry's family.
Daphene Kirk Goble
April 19, 2015
I hate to hear about the passing of such a wonderful nephew. With prayers, UNCLE CECIL KIRK and FAMILIES
April 19, 2015
Showing 1 - 7 of 7 results