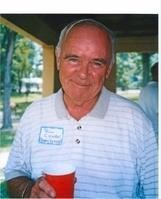 BORN
1925
DIED
2019
Cowen Jr., William F.
Son of William F. Cowen Sr. and Elsie Hammond Cowen, passed away on Sept. 20, 2019 at the age of 94. Born on March 25, 1925 in Coventry, R.I., he graduated from Coventry High School in 1942. Married to the late Dr. Mary Lynne Cox-Cowen from 1976 to 2007, he is survived by two stepsons, John Andrew Bowman Jr. (Sandy) and William Henry Bowman (Vicky); six grandchildren and five great-grandchildren. He volunteered into the U.S. Naval Reserve in 1943; attended Brown University during 1943-1944 and graduated from the University of Notre Dame mid-shipmen's school as an Ensign U.S.N.R. in October 1944. He was the Executive Officer of the USS SC628 during her periods of service at Guam, Saipan, Okinawa, Philippines and the occupation of Japan. He was the Commanding Officer of USS PC461 during her decommissioning at Green Cove Springs, Florida. He graduated from the University of Rhode Island in 1948. He also graduated from Yale University School of Forestry in 1950 with a Master's degree in Forestry. In 1952, his fellowship was advanced study of European Forestry practices in Norway and Denmark. From 1950-1959, he was Forester in Charge of all watershed operations for the City of Providence, R.I. Water Supply Board. In March 1959, he accepted an appointment as Assistant Professor of Forestry in the College of Agriculture, The Ohio State University, Columbus, Ohio. In 1966, he advanced to Full Professor and retired as Professor Emeritus in July 1985. He was a teaching professor in Natural Resources (Forestry). During his 26-year tenure at OSU, he was the recipient of more than 30 awards and honors such as: Ohio Academy of Science-Fellow, Society of American Foresters (First fellow elected from Ohio), and The Ohio State University Alumni Award for Distinguished Teaching. Numerous awards for meritorious and outstanding service to the students in the College of Agriculture and Natural Resources. His name is on two endowed scholarships: the Touse-Cowen Scholarship supporting forestry students at OSU and the Cowen-Embree Scholarship which supplies financial aid to forestry students at OSU and Hocking State College. He was an inspiration and a wealth of knowledge to all who knew him. He touched so many lives and will be truly missed but not forgotten.
Published by The Columbus Dispatch from Oct. 1 to Oct. 3, 2019.
To plant trees in memory, please visit the Sympathy Store.
MEMORIAL EVENTS
To offer your sympathy during this difficult time, you can now have memorial trees planted in a National Forest in memory of your loved one.
MAKE A DONATION
MEMORIES & CONDOLENCES
Sponsored by The Columbus Dispatch.
1 Entry
Greatest Forestry professor ever!!
Mark Schmittgen
January 7, 2020
Showing 1 - 1 of 1 results