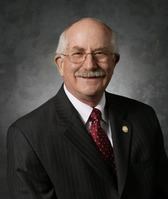 BORN
1948
DIED
2016
ABOUT
Alameda High School
Barry Edward Weiss
August 30, 1948 - July 2, 2016
Resident of Pleasanton
Barry Edward Weiss died suddenly of a heart attack on Saturday, July 2, 2016. He was surrounded by family while on a walk at a Russian River campground his family frequented. He was 67.
Barry was born on August 30, 1948, in Clarion, Iowa. He grew up in Alameda and also lived in San Lorenzo, San Carlos, and, most recently, Pleasanton.
A graduate of Cal State Hayward and Alameda High School, Barry worked as a high school history and government teacher for nine years before turning to parks and recreation, where he mentored countless professionals, served as President of the California Park & Recreation Society, and was selected as a member of the prestigious American Academy for Park and Recreation Administration. He also coached baseball for more than 30 years.
Barry will be remembered for his love of God, baseball, and family, especially his wife of 45 years, Ann, whom he adored. He left a wonderful impression on every person he met, from neighbors to colleagues.
He is survived by Ann, his sons Michael (Jennifer) and Matthew (Susie), and grandchildren Brendan, Jack, Kaitlin and Molly. He is also survived by his brothers Steve (Kim) and Bryan (Mary), and many nieces and nephews, as well as the whole Keltner family.
He is preceded in death by his parents Edward and Betty Weiss.
The celebration of Barry's life will be held at 11:00 a.m. Friday, July 8, at St. Augustine Catholic Church (3999 Bernal Ave. in Pleasanton), with a reception immediately following in the hall.
In lieu of flowers, contributions can be made to the Barry Weiss Memorial Scholarship Fund. Checks should be made out to the Oakland Parks & Recreation Foundation, with the fund name written in the memo field and mailed to P.O. Box 13267, Oakland, CA 94661.

Published by East Bay Times on Jul. 6, 2016.
To plant trees in memory, please visit the Sympathy Store.
MEMORIAL EVENTS
Jul
8
Celebration of Life
11:00a.m.
St. Augustine Catholic Church
3999 Bernal Ave., Pleasanton, CA
MAKE A DONATION
MEMORIES & CONDOLENCES
Sponsored by East Bay Times.
15 Entries
Papa I love you
Brendan Weiss
Family
October 6, 2017
I just received the Moreau Vector magazine and read the news about Mr. Weiss, my favorite teacher ever. He brought a passion to teaching that I'll never forget. The Kennedy Assassination and his knowledge of that event will always be embedded in me. Rest In Peace Mr. Weiss.
Rich Anhorn '80
November 7, 2016
Words are hard to come by with sudden loss. I was so welcomed at the Weiss house as well as the St John church growing up. I'm saddened at the loss but know where he is, with the Lord. I'm sure his example was part of me finding my truth faith in the Lord Jesus and becoming at Christian.

My condolences to the family. He will be missed only for a short while.

Love the Weavers in Ohio
Kirk Weaver
October 5, 2016
Condolences to the Weiss family. May you be comforted by the recognition and respect Barry had from the Saint Joseph High baseball team and student body in the early 70s. Word travels quickly these days, and when we received and circulated word of Barry's passing, there was unanimous remembrance of his positive spirit and inspiration.

Know that he was a great role model to many young athletes. God bless.

Ken Giannotti
July 16, 2016
Ann, Michael and Matt,
I'm a terrible Facebook user and was trying to catch up this AM when I found out about Barry. Gary and I are so sorry for your loss and pray for your strength and comfort through this sadness. Time is so fleeting and we think there's time to talk to friends and catch up with life. I have great memories of our early times together before our boys came along; working together and carpooling, then after Michael and Brian came along, using the same sitter, Mrs. Murphy. We think of you often and talk about planning a visit (it's such a short distance). We will talk soon.
Love to you and your family.
Betty Plett
Betty Plett
July 12, 2016
I never had the privledge of knowing Mr. Weiss. However, Bryan and Mary Weiss are very close friends, and it has been my pleasure to know Bryan Weiss. God Bless. Love George
George Steinfeld
July 9, 2016
I read the news today. Oh, boy! I am extremely saddened...crushed. This is one fine gentleman; one I was proud to call my friend. Such a caring, kind, and giving man.

Though I cherish all the park directors for the value they bring to childen's lives, Barry was, hands down, my favorite. He was one of my first baseball coaches and the best. He didn't just coach baseball; he coached how to play it right - with respect for your teammates and opponents.

I lost touch with Barry for quite a while, but I looked him up on Google some years back. I showed up at his office in San Carlos one day, unannounced, and handed his secretary my "Edison Indians business card". I was led into his office and he greeted me with that oh so familiar smile and warmth. And, we've been in contact ever since.

Whenever I'm working at the A's game, I've made it a point to stop by his seat, hoping he's there, just to say, "hi". I missed him the last few times, including last Saturday. And, it hurts to realize he won't be there the next time.

I love Barry Weiss. If everyone had just a bit on Barry in him/her, the nightly news would be 25 minutes of sports and upbeat news and 5 minutes of everything else. His gift to thousands of children, and their parents, is immeasurable.

If there was a way I could be at the service today, I definitely would. But, life's unfair sometimes and this is one of those times.

I send warm affection to Ann and the entire Weiss family and wish God's blessing on you all.

I was thinking of have a toast to Barry tonight. Maybe I'll just have a bag of sunflower seeds instead.
Michael McKee
July 8, 2016
I will forever think of Barry when I look back at all of the great things that I have gained from being involved in parks and recreation and CPRS. He was an amazing man who definitely touched my heart, as he did many others. My condolences to his family and friends.
Stephanie House
July 8, 2016 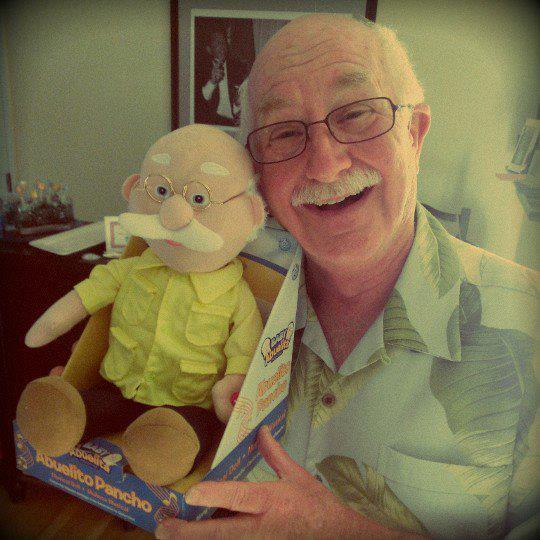 Barry and I were on the faculty of NRPA's Directors School. We team taught the leadership class. I remember his professionalism and knowledge but I will always remember him for his sense of humor and particularly for his love of baseball. We had some great discussions about old Chicago White Sox players and he knew them all!

My heart goes out to Ann and to his entire family. I am sharing a picture Barry shared with me a while back and hope it brings a smile to your face during this most difficult time. I wish you peace and strength.
Jan Geden
July 7, 2016 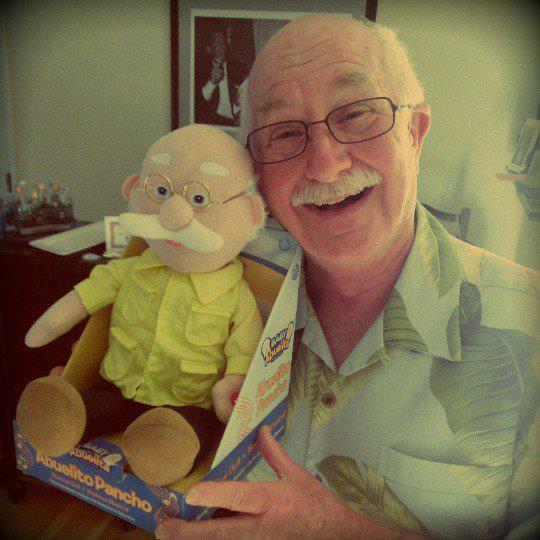 Jan Geden
July 7, 2016
So sorry to hear of your loss Ann. We remember all the hard work you two did at St. John's in SLZ. Love and prayers to you and your family, Chris & Bill Santos
Chris Santos
July 7, 2016
I am so sorry to read this. Mr. Weiss was a such a nice man and one of my favorite teachers at Moreau High School. In my work as a paralegal, I occasionally think of his government class and all he taught me about constitutional law. My condolences to all who knew and loved him.
Cheryl Burton-Potthast
July 6, 2016
Barry was my first co-worker. His Krusi Colts would emulate him by creating piles of spent sunflower seeds while sitting on the bench outside the office. Bigger than life...and so were his seed piles. His life such a one! Love to all the Weiss's and extended family. Dear Ann...XO
Cynthia La Croix
July 6, 2016
Barry's smile, laughter and wit were the best. My prayers are with Ann, Mike, Matt and family. He will be greatly missed by all.
Love,
Dan & Jan Martinez
Dan & Jan Martinez
July 6, 2016
Barry was a true blue people's person who was filled with energy, passion, and friendliness. His life scorecard says "homerun!"
My sincere sympathy is expressed to Ann, Mike, Matt and the entire family.
Steve Cressy
July 6, 2016
Showing 1 - 15 of 15 results