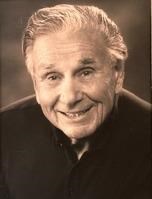 James G. Boccio
September 8, 2020
Resident of Antioch, CA
Our community sadly lost a pillar on September 8, 2020, when Jim Boccio passed away peacefully at home, surrounded by family. Jim was 95 and is survived by Phyllis Boccio, his wife of 71 years. He is also survived by their four children and spouses: daughter Norma Spagopulos and son-in-law Ted Spagopulos; son Dr. Jim Boccio and daughter-in-law Donna Boccio; daughter Nancie Boccio and son-in-law David Williams; and daughter Rosemary Boccio Baker. Surviving grandchildren are Cyndie Bliss, Shelly Medrano, Tommy Goss, Brian Boccio, Nick Boccio, Gina Boccio, Catlin Williams, Eddie Baker, and Sophie Baker. He is also survived by eleven great-grandchildren and three great-great grandchildren.
Jim's top priority was his family. Whether it was snow skiing with his grandkids or being a fan extraordinaire cheering them on at ballgames, he was always there for his family. He was the first one to volunteer to help any family member or friend whenever they needed a favor or in their time of need.
Jim was an active member of Holy Rosary Church and School. He served as president of the Dads' Club and secretary of the Holy Names Society. Jim was passionate about community service and was a five-time president of the Antioch Historical Society. He was instrumental in the purchase, remodeling, and maintenance of the museum for the last 30 years. As one of the founding members of the Antioch Sports Legend Museum, he was inducted into the Antioch Sports Legends Hall of Fame. He was also a 20-year volunteer for the Antioch Bedford Center; founder and board member of the Antioch Sports Legend Museum; commodore of the Antioch Water Sports Club; president of the Antioch High School Parents Club; volunteer for the St. Vincent De Paul; chairman of the Antioch Drug Council; and committee chairman for the Cannery Lady Statue. Jim received the Citizen of the Year Award twice and a third time in 2017 for Lifetime Achievement. He also received the Bedford Recognition Award for serving Antioch's senior community in 2018. The Bedford Center also honored him with a plaque placed next to a new tree planted in the Antioch City Park.
Raised in Antioch, Jim graduated from Antioch High School in 1943 and was the football MVP in 1942. Jim earned an associate's of arts degree from Diablo Valley College. He also served in the U.S. Navy, worked at Fiberboard for 7 years, and was a maintenance supervisor at Dupont for 30 years.
Jim was the owner of the Red Caboose restaurant and enjoyed spending time there visiting with friends and participating in any community activities held there. Jim retired at 58 and spent many decades travelling all over the United States and Europe with Phyllis. They loved to travel and learn about different cultures and meet new people. He especially loved visiting family in Striano, Italy. Besides travelling, he was an avid jogger. He started jogging in the 1960s and continued jogging five miles a day until he was 85.
In lieu of flowers, please help continue his legacy of service by making a donation to or volunteering at the Antioch Historical Society or the Bedford Center.


View the online memorial for James G. Boccio
Published by East Bay Times on Sep. 13, 2020.
To plant trees in memory, please visit the Sympathy Store.
MEMORIAL EVENTS
To offer your sympathy during this difficult time, you can now have memorial trees planted in a National Forest in memory of your loved one.
MAKE A DONATION
MEMORIES & CONDOLENCES
Sponsored by East Bay Times.
14 Entries
I have known Jim as long as I can remember. I consider myself a lucky person. Prayers for the Boccio family...
Kathy Anderson
Friend
November 11, 2020
Though I didn't know James Boccio, Sr., his son, Dr. Boccio took care of me for a time when I needed it. I found Dr. Boccio to be kind and caring. After reading what a wonderful father he had, so full of life, and with such a passion for volunteering, I decided to let Dr. Boccio know that Carol Lombardo (Dr. Blake's patient RSD) and her husband, William Gardiner, want to send their heart-felt condolences. Somehow I know he is truly resting in peace. God Bless you and your family, Dr.Boccio. Carol & Bill
Carol Lombardo
September 22, 2020
We were very sad to learn of Jim's passing. A wonderful man who made Antioch a better place to live. A very sad loss for family, friends and the community he dearly loved.
Rick and Maryjane Carsten
Friend
September 19, 2020
Mr. Boccio was a good friend of my family starting from the 50's. Young Jim and Norma were in my and my sister's class at Holy Rosary School. Then we continued on together at Antioch Jr. High and Sr. High. All during those years Mr. Boccio was always present helping out at school and church functions. He and my dad worked on many school and church projects together. From seeing him in church or on a sports field at the Red Caboose or at the Historical Society, he was always very friendly and kind. I truly respected him and thought of him as a class act gentleman. He would always have something nice to say whenever I saw him. I feel really blessed that I knew him. I will miss running into him now and then. I am sure a man like him has a special place in heaven! Sincere sympathy to Phyllis and his family. RIP Mr. Boccio!
Susan E Giovannoni Jay
Friend
September 18, 2020
What a wonderful Obituary. Amazing Person.....Accomplished a great deal in his life time.
Beverly Denn
Acquaintance
September 16, 2020 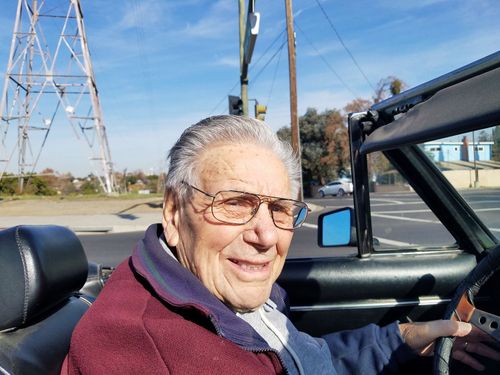 I loved my Grandpa Boccio so very much, he has always been there for me no matter what, family life will it be the same without him. He leaves behind my beautiful Grandma Boccio, they were together for over 71 years! Please keep her in your prayers. ❤
Cyndie Bliss
Grandchild
September 14, 2020
Jim was one in a million. I have read many obituaries but after reading this tribute to Jim I feel so blessed to have known him . What an incredible life! The world needs more Jim Boccios.
Nora Terranora
Friend
September 14, 2020
Big Jim was a wonderful man who always had a smile and kind word for everyone. He will be missed.
Joanne Sbranti-Estrada
Friend
September 14, 2020 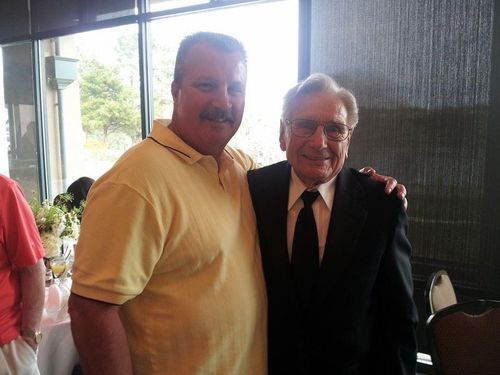 Phyllis, Mark and I will miss Jim...We loved every minute we were fortunate to spend with you both . We are sending prayers and much love to you and your beautiful family .
Jo and Mark
Friend
September 14, 2020
Aunt Phyllis and family, Debby and I will surely miss Uncle Jim. Just knowing that Patsy and brother James are together again brings a smile to our faces. Love an prayers.
Frank San Martin
Family
September 13, 2020
I am Jasmine Zavala one of the eleven great grandchildren. I could not ask for a better great grandfather. He was a role model to all. As a child I saw how important the Antioch Historical Society ment to him and I knew one day I wanted to get married there. I got married there September of 2016. He will be greatly missed. Love you Grandpa B. -love always, Jasmine and Rico Zavala
Jasmine Zavala
Family
September 13, 2020
We had the honor of having Jim Jr. on our team at DVC. I see that he had the many wonderful attributes of his dad.
Sam DeVito
Teacher
September 13, 2020
So very sorry for your loss. I am Patricia Boccio, widow of Anthony James Boccio, from Torrington, Ct. I remember Phyllis and Jim visiting many years ago at my in-laws, Marina and Tony’s. What a beautiful write up. Sending love and prayers to all of you. Sincerely Patricia Boccio, son Scott, wife Kim, daughters, Jenna, ?Amanda. Son Brian James, wife Shannon, son Jacob, Anthony James and Samuel. God Bless
Patricia Boccio
Family
September 13, 2020
You are an amazing husband, father, father-in-law, grandfather, friend and role model for all. What this world needs is more people like you. Love and miss you so much. Your favorite daughter-in-law. (The only one)
Donna Boccio
Family
September 13, 2020
Showing 1 - 14 of 14 results