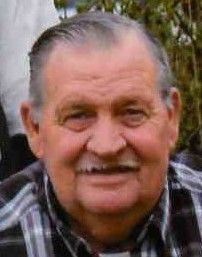 Ray served his country in the United States Navy from 1965 until 1969, as a petty officer second class. He enjoyed Allis Chalmers tractors, driving his Haflinger horses, and farming in his earlier years. During the daytime, Ray could always be found in one of the local Cassopolis restaurants with a cup of coffee, pontificating on various topics with the other locals.

Ray will be greatly missed by family and friends. He is survived by his wife of 51 years, Judy Brown of Cassopolis; three daughters, Brandy (Steve) Westphal of Three Rivers, Bonnie (Jason) Garwood of Carabelle, Florida, and Tina (Geoff) Grossman of Milford; three sons, Artie Brown of New York, New York, LJ Brown of Cassopolis and GW Brown of Dowagiac; two granddaughters, Marcy and Casey Grossman; one brother, Roger (Linda) Brown of Midland; one sister, Della Sue (Dennis) Wooden of Cassopolis; and a host of nieces, nephews, and cousins.

Ray was preceded in death by his parents and one brother, Jack Brown.

Mr. Brown will be laid to rest in Dailey Cemetery.

The family prefers contributions in memory of Ray be made to the First Church of God, 21083 Spencer Road, Cassopolis, MI 49031.

Arrangements have been entrusted to Wagner Family Funerals Connelly Chapel, Cassopolis. Please share a memory or a message online: wagnercares.com.