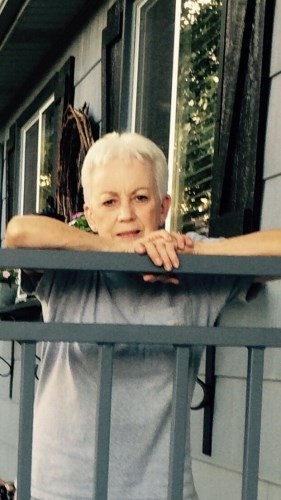 Judi was born to Joseph P. Kinnard and Mary Ohlver on January 7, 1942, in Seattle, WA. She attended schools in Moses Lake, WA, Grand Island, NE, and later graduated from high school in Burley, ID. After graduation, Judi nurtured her natural talent for cosmetology and attended the Anacabe Beauty College in Boise, ID.

In 1962 she moved to Winnemucca, NV where she met her future husband of 58 years, Bob Rosevear. They were married in Reno, NV on January 12, 1963, at the Church of the Little Flower, Catholic Church in Reno, NV. In 1971, they moved to Elko, NV where they raised their two children, Joe and Heather.

Judi had an undeniable gift and passion when it came to decorating her home and working in her garden. She enjoyed spending her free time with her family, friends, and dogs. She was a member of the Elko Basque Club and St. Joseph's Catholic Church.

We will miss her love, laughter, and radiance, and will cherish the sweet memories that she's imprinted on our hearts.

Services will be held at St. Joseph's Catholic Church, in Elko, NV, on November 13, 2021, at 11:30 AM with a celebration of life following at the Elko Basque Clubhouse.

Published by Elko Daily on Oct. 12, 2021.
To plant trees in memory, please visit the Sympathy Store.
MEMORIAL EVENTS
Nov
13
Celebration of Life
Elko Basque Clubhouse
Elko, NV
Nov
13
Funeral Mass
11:30a.m.
St. Joseph's Catholic Church
Elko, NV
MAKE A DONATION
MEMORIES & CONDOLENCES
2 Entries
May your hearts be filled with wonderful memories of joyful times together as you celebrate a life well lived. Judi was such a beautiful lady and I always loved visiting with her.
Chloe
Friend
October 14, 2021
We are so sorry to hear about Judi. We will always remember your visits to the ranch. Especially helping with branding and the little green water snake that tried to charm Judi! Our thoughts and prayers are with you and your family.
Jon, Shawna and Phyllis Legarza
October 12, 2021
Showing 1 - 2 of 2 results