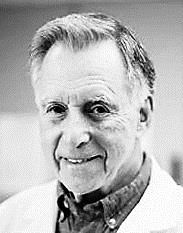 BORN
1932
DIED
2016
Dr. Edward Cooper Saltzstein September 22, 1932 - March 9, 2016 Dr. Edward Cooper Saltzstein passed away on Wednesday, March 9, 2016. He was 83 years old. Ed was the cherished husband of Phyllis Saltzstein, beloved father of Johnny (Joe), Dan (Dawn), Tom (Kim), Andrea (Ira), Rebecca, Paul (Jill) and "Pop" to his grandchildren Ted, Mitchell, Katlyn, Daniel, David, Alisa, Max, Samantha and Tessa. He was predeceased by his parents, Helen Cooper Saltzstein and Sidney Saltzstein, and by his brother, John Cooper Saltzstein, and sister, Marilyn Saltzstein Yellon. Ed grew up in Milwaukee, Wisconsin and loved spending his boyhood summers at Camp Nebagamon in Northern Wisconsin as a camper, counselor and even camp doctor later in life. He was truly a camper at heart. Dr. Saltzstein was a dedicated surgeon who was loved by his patients and the medical community. He attended Yale University and received his M.D. from Northwestern University Medical School. He served his internship and residency in surgery at Cook County Hospital in Chicago and a fellowship at Peter Bent Brigham Hospital in Boston. While working in Milwaukee early in his career, he performed one of the first kidney transplants in the United States. From 1977 to 2002, Dr. Saltzstein was the Regional Chair of Surgery at Texas Tech University Hospital Sciences Center in El Paso, and from its inception in 1994 until his retirement in January 2016, he served as the Medical Director for the Texas Tech Physicians of El Paso Breast Care Center. Among his many contributions to TTUHSC El Paso, Dr. Saltzstein developed the plan for the creation of the Texas Tech Physicians Breast Care Center as a comprehensive care facility for patients with breast disease. Dr. Saltzstein was a humble, generous, intelligent and kind man. His example will be forever carried forth in the hearts and lives of his family and those who knew him. A memorial service will be held on Monday, March 14th at 4pm in the Misenhimer Auditorium of the Academic Education Center at TTUHSC in El Paso; 4800 Alberta Avenue. Donations in the memory of Edward Cooper Saltzstein can be made to Camp Negagamon Scholarship Fund, P.O Box 331, East Troy, WI 53120; Sadie and Annabelle Garbar Breast Care Center, 4801 Alberta Ave, El Paso, TX 79905; or the charity of your choice.
Published by El Paso Times from Mar. 12 to Mar. 20, 2016.
To plant trees in memory, please visit the Sympathy Store.
MEMORIAL EVENTS
Mar
14
Memorial service
4:00p.m.
Misenhimer Auditorium of the Academic Education Center at TTUHSC
El Paso, TX
MAKE A DONATION
Please consider a donation as requested by the family.
MEMORIES & CONDOLENCES
Sponsored by ElPasoTimes.com.
15 Entries
Time goes by but we don't forget those who we loved and who meant so much to us. Eddie was my cousin. He and his brother, sister and parents were an important part of my life growing up. He was caring and kind and fun to be around. We will never forget him.
Katherine Saltzstein
Family
March 6, 2021
We are deeply sadden to heat about Dr. Satlzstain's passing. He was my mother's surgeon when she was diagnosed with breast cancer in 1999 and again in 2012. We will always remember him and he truly holds a special place in our hearts.
Patricia Knox
July 21, 2016
I am writing on behalf of my
mother, Mary Anne "Chickie"
Saltzstein who maintained
a friendship with Ed through out their lives. She sends love
to his family and is deeply sad for his loss.

Barbara J Saltzstein
Milwaukee, Wi.
April 17, 2016
Ed and his parents, brother and sister were an important part of my childhood and teenage years. They lived near our high school. I think I spent most of my time at their house.

When I returned to Milwaukee with my children we spent time with Ed and his sons. Ed helped my parents with their medical needs. I am so sad to hear of his passing.

Mary Saltzstein Cosper
March 23, 2016
Mhgb
March 23, 2016
Dr. Ed was a wonderful friend of ours. It all started at Camp Nebagamon in Northern Wisconsin over 60 years ago. We called each other on our birthdays over these past many years. He was the best man in our wedding 58 years ago.
We will miss him and his many kind ways. He was always a first class act.
Love and prayers to Phyllis and the entire Saltzstein Family.
Ed, Luise Drolson and Family.
Golden Valley MN.
March 21, 2016
So sorry to hear. TY for your efforts in teaching medical students and resident and our contribution to TT and EP. Rest in Peace.
Juan Fitz MD
March 20, 2016
Sid and I send you and yours sympathy and love,
Sally (Saltzstein)
Sally Saltzstein
March 16, 2016
Eddie was my older cousin and an important part of my childhood. He was smart and handsome, but more importantly he was kind and caring. When my siblings and I grew up and left Milwaukee Eddie was there and helped my parents with their medical needs.
He had a beautiful smile and a twinkle in his eye. He seemed so strong. He will be missed my all of us Saltzsteins.
Kathie Saltzstein
Katherine Saltzstein
March 15, 2016
As one of the founding faculty on the Texas Tech El Paso medical school campus, Ed was always known as a class act. He was a compassionate and caring doctor and modeled for his trainees with a sense of quiet dignity and patience.
As one of his peers I will miss his penetrating perspective on our human frailties and his uncanny reading on politics and history.
He will always be remembered for the many contributions he made to the foundation of The Paul Foster School of Medicine. We will miss him dearly.
David Briones, MD
March 14, 2016
May God bless your family during this time of sorrow. He was a kind, gentle man and will be missed here at Texas Tech.
Irma Bejar
March 14, 2016
Dear Phyllis,
John and I wish you our heartfelt sympathy. May God bring you comfort in the days ahead.

Thank you for saving my life 16 years ago.
Lisa-Anne Raney Waldock
March 13, 2016
He was a cherished mentor, so humorous and compassionate. I often think of him when I counsel my residents about the kind of people one would want to work with. He touched and saved many lives. He will be missed.
Karen Kwong
March 13, 2016
I was deeply saddened to see Dr. Saltzstein's obituary today in the El Paso Times. When I came across it, a flood of memories struck me. Memories from medical school, memories from my surgical practice and participating at Texas Tech, and memories from Texas Surgical Society. Dr. Saltzstein was a great mentor, educator, surgeon, and friend. He is a major reason why I chose to become a surgeon in El Paso. He is an icon within the medical community here in El Paso. His contributions to surgery remain valid and applicable today. He will be missed. My deepest condolences to his family.
Bruce Applebaum
March 12, 2016
Showing 1 - 15 of 15 results