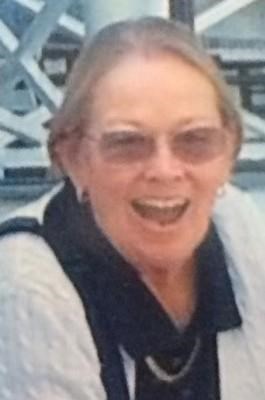 Dottie Matteson, of Melbourne, passed away on July 24th, 2015 at Holmes Regional Medical Center.  Born in Springfield, MA, Dottie graduated from Classical High School in 1957 and Smith College in 1961.  She taught elementary school in Connecticut, Massachusetts and Ketchikan, Alaska.  She married then LT Thomas Matteson (USCG) in 1965 and together they raised two children and forged a successful career in the service; including tours of duty throughout the US and Puerto Rico and finally the US Coast Guard Academy in New London, Connecticut and the US Merchant Marine Academy in Kings Point, NY.  As the former First Lady of two federal academies, Dottie will always be remembered by cadets, midshipmen, alumni and many friends as a gracious, lovely and caring woman.  Dottie was a beloved wife, mother and grandmother who will be forever missed and loved.

A service of remembrance will be held at Suntree United Methodist Church on Friday July 31st at 10 am. In lieu of flowers please consider a donation to the Brevard County Pet Posse. Her ashes will be inurned at a later date in the columbarium at the US Coast Guard Academy.


Published by FloridaToday on Jul. 28, 2015.
To plant trees in memory, please visit the Sympathy Store.
MEMORIAL EVENTS
To offer your sympathy during this difficult time, you can now have memorial trees planted in a National Forest in memory of your loved one.
Funeral services provided by:
Brownlie & Maxwell Funeral Service & Crematory
MAKE A DONATION
MEMORIES & CONDOLENCES
23 Entries
My college buddy. Our numbers are getting fewer and fewer. I am so sorry.
Julie McNamara
September 9, 2015
So sorry for your loss, Tom
I am so shocked and saddened
Dottie and I were room mates for 3 years at Smith!!
My thoughts are with you
Susan Uris Halpern
August 27, 2015
To Tom and family
We are deeply sorry to hear of Dottie's death. Please know that you are in our thoughts and prayers and that we sympathize greatly with your loss.
Wilma and Ross Keeler
(Dottie's cousin Wilma - Ruby Getson)
Wilma Keeler
August 5, 2015
Dottie was a cousin of mine, growing up in Springfield just a couple of streets away. Our sympathy and hearts go out to Tom, Julie, and Jeff.
Don and Mal Bates
August 2, 2015
Admiral,
Our deepest condolences to you and your family. Our thoughts and prayers are with you and your family as you deal with the tremendous loss of this GREAT lady.
Gene Kenny told Joannie about the sad news when he saw her at the lake in RI.
Leo & Joannie
Leo Dominique
August 2, 2015
To Tom and family we offer our deepest condolences from Whitehorse, Yukon it is always sad to hear of a relative passing on. Mary Anne Harach(Getson) and Paul Getson(Carl Getson's grandson. May she rest in peace.
Mary Anne Harach
July 31, 2015
Dottie and I were cousins. My mother (Ella Getson) was her mother's younger sister. We lived in London Ontario and saw them on occasional visits on our way to PEI. Once Shirley, Dottie and Nancy gave their old prom dresses to my sister and me. We dressed up as fairly princesses!! A real treat. We enjoyed seeing Dottie & Tom at a Getson Reunion some years ago, and will miss them at the one this August. Our prayers are with the family. Bonnie (Sorenen) Hartley
Bonnie Hartley (Sorenen)
July 31, 2015
Tom and family
Marie and I extend our deepest sympathy to you and your family.
Don Yearwood
July 31, 2015
celebrate the life that was
Eleanor Getson
July 31, 2015
Admiral Matteson,
I am deeply sorry for your loss. You and your family are in my thoughts and prayers.
Tara King Clark
July 31, 2015
Winnie and I are saddened to hear the news of Dotties death. You and your family are in our thoughts and prayers. Ernie
July 31, 2015
I am very sorry for your loss Tom and Family. I meet Dottie's mom and dad (Irene & Bob Johnston) in Springfield Mass in 1979 with my Dad (Keith Getson).
Nelson Sr Getson
July 31, 2015
We pass along our sincere condolences to Tom and your children. It was a pleasure to have met Dorothy when we visited several years ago on our first trip to Florida. She made us feel very welcome, even though it was the first time we met
Delbert Getson
July 30, 2015
Tom and family; I am so sorry to hear of Dottie's passing. What a shock it has been to the Getson family! It is obvious that she has touched the hearts of many and I hope these wonderful memories will help you through the days and months ahead. My deepest condolences to you all!
Bonnie & Warren MacDonald
July 30, 2015
Dear Tom and Family,
I am deeply sorry for your loss. Thinking of Dottie will always make me smile. Her kindness, cheerfulness and thoughtfulness were always in abundance. I can vividly recall her asking me if I was Reggie's daughter on the ferry, and the wonderful time the girls and I spent with you both. Dottie will be missed. Love, hugs and prayers to you all, Love,Kim, Emily, Olivia and Greta
Kim Hayden
July 30, 2015
Tom,

Mike Blecher KP '78
Past Chairman, USMMAAF
July 30, 2015
Dottie will remain in our hearts as one of the brightest stars of Classical High School's Class of 1957. I enjoyed chatting with her at our 50th Reunion.
John Alifano
July 29, 2015
Admiral,
May the quiet moments, when there's no one around, be bearable. You are all in my thoughts and prayers. Dottie will be missed by many...hugs.
Eileen Foye Kelly
EILEEN FOYE KELLY
July 29, 2015
Tom, I will always remember Dottie's wonderful smile and shining personality. She always took the time to say Hello. Linda Dexheimer
July 29, 2015
Oh Tom and family, I am so sorry to hear if Dotty's passing. She will be fondly remembered. My deepest condolences to you all. Millie
Millie Rosie
July 28, 2015
Tom:
Please accept my personal condolances and those on behalf of Dottie's '57 Classical High School class. She was a very special person who quietly lit up a room when she entered and was often at the center of activities. Popular, smart,pretty were adjectives most commonly used to describe Dottie. So accurate!

Know that there are many, many people whose thoughts are with you and your family at this time.

Grant Heggie
July 28, 2015
A wonderful lady has left our fold. Our deepest sympathies are extended to the Matteson family. May her memory be eternal.
Rit & Eve Manthous
July 28, 2015
Tom and Family: I am so sorry to hear of Dottie's passing. My thoughts and prayers are with you at this difficult time. Rick Dexheimer
rick dexheimer
July 28, 2015
Showing 1 - 23 of 23 results