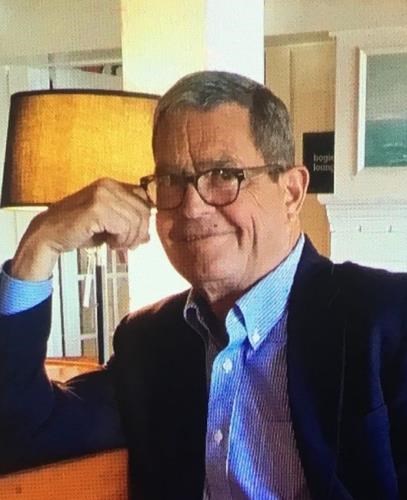 SERVICES: Visiting hours with the family will be at Tasker Funeral Home in Dover, N.H., on Tuesday, December 6, 2016, from 4-7 p.m. There will be private graveside services for the immediate family at a later date.

Please go to www.taskerfh.com to sign the on-line guest book.

Published by Foster's Daily Democrat from Dec. 3 to Dec. 6, 2016.
To plant trees in memory, please visit the Sympathy Store.
MEMORIAL EVENTS
To offer your sympathy during this difficult time, you can now have memorial trees planted in a National Forest in memory of your loved one.
Funeral services provided by:
Tasker Funeral Home - Dover
MAKE A DONATION
MEMORIES & CONDOLENCES
25 Entries
we are very sad to hear of Jack's passing. Our happy memories started at U. of Maine in 1963. We send our love and thoughts to his family and friends. Andra and Stephen
December 23, 2016
I'm so sorry to hear about John's death. I worked for him and Stan back in 1985. They were amazing bosses and friends. I still have many great memories from being there. My sincerest condolences to his family.
Mary Beach-Rodriguez
December 20, 2016
John, Wendy and family, so sorry to hear about the loss. Love and prayers are with you all.
Jessica Shaw
December 13, 2016
Wendy and John I'm saddened to hear about the loss of your father. I'm sorry I couldn't be there to see you in person. I'll being thinking of you and keeping you in my prayers.
Bobby Gee
December 11, 2016
Jack has been a staple in our family for many years along with Stan. We have many great memories that will never be forgotten, sending love and light. Praying for your families.
The Wolf Family
December 10, 2016
Deb, Jeannine & Bonni: Our thoughts and prayers are with you and your family.Today, Dad actually mentioned Jack -must have been his warm smile that made such an impression. Love, Lisbeth,Dave & Walter E.
December 7, 2016
Jack and Wendy, please know you and your family are in our thoughts and prayers. Dad was a great friend and lawyer to the both of us. He will be truly missed.
James and Sharron McManus
December 6, 2016
So very sorry to hear this. Jack & Stan are very dear to me, very fond memories working for them many years ago. :( My deepest sympathy to the family.
Brenda Cooper
December 6, 2016
Catherine and I are very sorry to hear the news. Thoughts are with you during this difficult time.
Chris Allen
December 6, 2016
Dear John and Wendy, Sorry to hear about the loss of your dad. I had some great times with you two and your parents during our years on Susan Lane and Tingley Street. My prayers are with you both and your families.
Jeff Wotton
December 5, 2016
I first met Jack when Wendy started to run track. He was always a good friend and there when needed. My condolences to his family. I know you will miss him.
Faye Doria
December 5, 2016
To the Richardson Family,
We were very saddened to learn of Jack's passing. He was a wonderful man and an excellent attorney. We loved his great dry sense of humor. Prayers to you and your families during this difficult time.
With Deepest Sympathy,
Margie and Ronald V. Turner
December 5, 2016 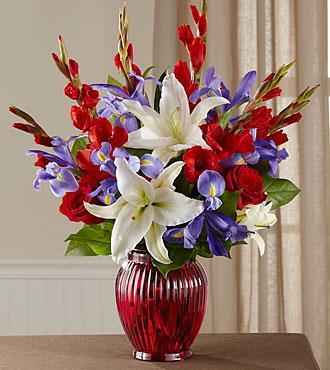 eva reich
December 4, 2016
Those we love don't go away, they walk beside us, every day unseen, unheard but always near. Still loved, missed and very dear.
pia reich
December 4, 2016
Jack was a good friend since we first met as young lawyers in Rochester. Our sons played hockey as youngsters and Jack and I spent some time looking for a warm place in those rinks.

Jack was a fine lawyer and a wonderful friend

Art Hoover
December 4, 2016
Dear John and Wendy,
I am so sorry to hear of the loss of your father. Though I had not seen him in a couple of years he was involved with our family throughout the years as a neighbor, friend and attorney and was deeply respected. Indeed my father looked upon him as a friend and your dad was very good to him. You are in my thoughts and prayers.
Deborah Houle
December 4, 2016
George and I wish to send our sincere condolences to everyone in the Richardson family. We hold many wonderful memories of our time with Jack, both in Rochester and Bow Lake. Rest in peace Jack...

Joyce Jacques and Armand Larochelle III
Armand Larochelle
December 4, 2016
Deborah and family, I am terribly sorry to hear about your loss. Healing thoughts are being sent your way.
Beth Power
December 4, 2016
Whenever I went to court and Jack was involved in the case it made the day. He had a calm demeanor, a great sense of humor and was nice to everyone. My condolences to his family. He was a great guy.
Atty Gail Catalfo
December 4, 2016
Jeannine & family, On behalf of the entire Brotherhood of Phi Eta Kappa, may I express our sincerest condolences and sympathy.
Terry Grindle Phi Eta Kappa at UMaine
December 4, 2016
Jack was the love of Jeannine 's life.
He was very special and is sorely missed by us.
God bless this wonderful man.
Lovingly;
Terry and Bill Jubert
Terry and Bill Jubert
December 3, 2016
We send deepest sympathy to Jack's family, and regret not being in NH to pay our respects in person. Know that we will never forget so many wonderful memories shared over the years.
Jackie and Bob Callan
December 3, 2016
Showing 1 - 25 of 25 results