FUNERAL HOME
Williams-Thomas Funeral Home Downtown
404 North Main Street
Gainesville, FL
BLOCK, SEYMOUR S., 96
Gainesville - Seymour S. Block, 96, the longest serving professor in the State of Florida University System, passed away on August 11. Block graduated with a Ph.D. from Penn State University in 1942, then the youngest person to earn a doctorate in the chemistry department. After serving as a research chemist during World War II, he came to the UF in 1944, intending to stay for only a few years, but he found in the university a natural fit for his extraordinarily wide-ranging interests.
A research chemist, his early work with mushrooms led to his developing a process for growing mushrooms in waste sawdust, and he was responsible for the introduction of the oyster mushroom that is now sold in grocery stores worldwide. Later, he studied disinfectant and sterilizing agents and was the editor-in-chief of five editions of the book Disinfection, Sterilization, and Preservation that was considered the bible of the field. He consulted with government and business, and held many patents. Officially retired from the University of Florida in 1995, he continued to go his office daily until two months before his death.
Block was an early environmentalist, teaching the UF's first environmental studies course and serving as one of the leaders of the university's first Earth Day. He was active in the Sierra Club, the Florida Defenders of the Environment and Zero Population Growth. But it was his longstanding fascination with Benjamin Franklin for which many people in Gainesville knew him best. A Franklin scholar, Block wrote three books on Franklin,whose lively curiosity and enjoyment of science, politics, and culture mirrored Block's own. His daughters recall that no matter what the topic at the dinner table, their Dad was able to connect it to Benjamin Franklin. Block's most recent book, written with Santiago Tavares, examines mathematical puzzles known as Magic Squares, which were a pastime of Franklin's. At the time of his death, Block had completed a second book that examined Franklin's engagement with Magic Squares.
Block was an active citizen, taking on leadership roles at the University of Florida, in Gainesville, and professionally. When Florida Senator Charlie Johns attacked the University for harboring Communists and homosexuals, Block helped to found the Florida and the UF chapters of the AAUP to safeguard academic freedom, and he served as the first president of both chapters. He was one of the founders of the Civic Action Association in Gainesville in the 1960s, organized to reform Gainesville government, and was president of the Citizens Commission on Planning and Zoning and chairman of the Gainesville Bikeways Commission. He was a charter member and treasurer of the Society of Industrial Microbiology. He was also a member of the Florida chapter of Phi Beta Kappa, as well as the longest serving member of the UF's Athenaeum Club where he was known for his lively and humorous talks on many subjects. In April 2014, he gave a talk on the composer Irving Berlin, whose life and music he had recently studied.
Block took full advantage of the UF athletic facilities throughout his life. He and his wife Gertrude played tennis on the UF tennis courts, and he took diving lessons at the UF pool. Well into his 80s, he was doing back flips off the high dive, and used to laugh that his diving never got any better, but the older he got, the more people praised him for his skill.
As much as he enjoyed his work, Block's true love was his family. He was married to his beloved wife Gertrude, Lecture Emerita at the UF Law School, for 72 years and spoke often of how blessed he was to have found his perfect partner in life. He delighted in spending time with his daughters and their husbands, four grandchildren, and two great-granddaughters. Block is survived by his wife Gertrude Hecht Block; daughters and sons-in-law Sally and Jerry Stein of Gainesville and Judy and Ted McLaughlin of Needham, MA; grandchildren Katherine Subhani and husband Noman Subhani of Orlando, Frances Eggleston of Gainesville, Kerry McLaughlin of San Francisco, and Peter McLaughlin of Portland, ME; and great-grandchildren Andaleesa Eggleston and Maya Subhani.
The family is very grateful to the doctors and nurses at the UF Shands Hospital, especially Dr. Heather Harrell, Dr. R. David Anderson, Dr. John W. Petersen, Dr. C. Richard Conti, and the Oak Hammock Skilled Nursing for their medical care and personal kindness shown their father and family.
A memorial service to celebrate Seymour Block's life will be held at the UF Chemical Engineering Department, 1006 Center Drive, on Friday, September 5, 2014 at 10:00 a.m. Please visit his memorial page at
www.williamsthomas
funeralhome.com
FOR FURTHER INFORMATION
WILLIAMS-THOMAS
DOWNTOWN
(352) 376-7556

Published by Gainesville Sun from Aug. 14 to Aug. 15, 2014.
To plant trees in memory, please visit the Sympathy Store.
MEMORIAL EVENTS
To offer your sympathy during this difficult time, you can now have memorial trees planted in a National Forest in memory of your loved one.
Funeral services provided by:
Williams-Thomas Funeral Home Downtown
MAKE A DONATION
MEMORIES & CONDOLENCES
16 Entries
Seymour was a major mentor and friend to me as was Gertrude. I think of Seymour often as I use the knowledge he gave me in my business. That he opened up to me and took me under his wing was something that still today I cannot believe, and learning from that experience I have become more of a teacher and mentor to others so his impact continues on and as long as I am alive always will!! I will be seeing him again one day, something I look forward to, just not too soon!
Joe Wilson
Friend
August 9, 2021 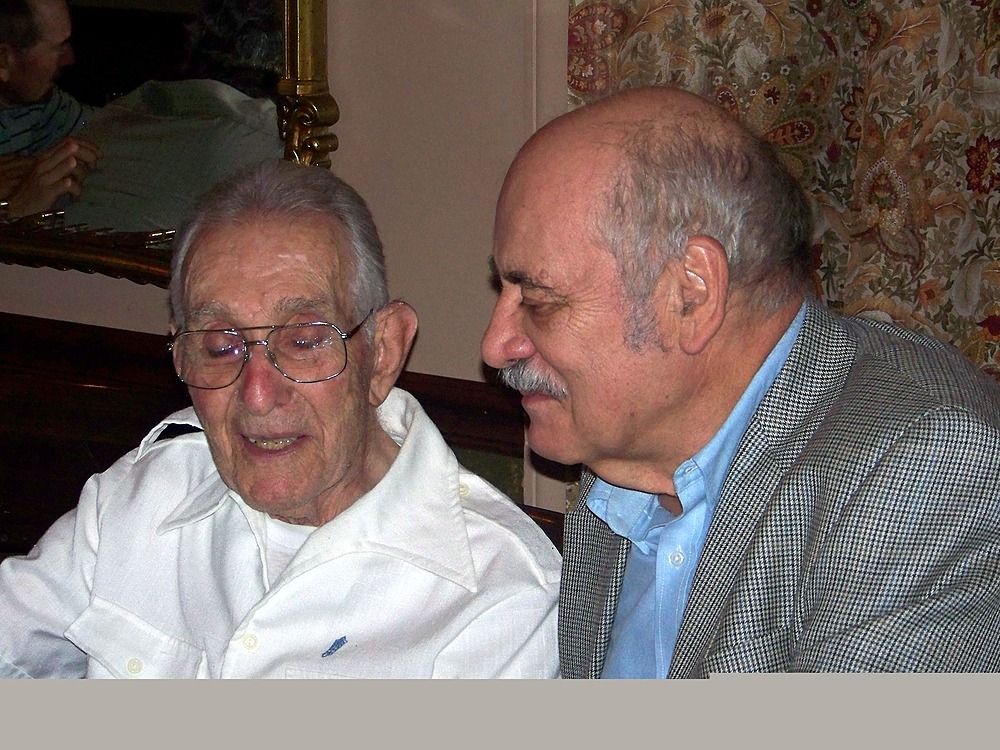 I consider myself very lucky to have been close to Seymour and Gertrude for many years
Peter Dr. Weber
Friend
August 20, 2020
Seymour, I think of you often. Your books look at me in my office and often get pulled off for reference. Your legacy will always live in my work and for that I am forever grateful. One day I hope to see you again if I am lucky enough to go up into the next life, and would love share some great memories of walking around Lake Alice with you (I have some videos of our conversations there with the Alligators); but I hope not to see you too soon!!
Joseph Wilson
Friend
August 19, 2020
As a student in the chemical engineering department at UF, I knew Dr. Block only through seeing him walk through the hallway of our department with his friend and coauthor Dr. Santiago Tavares.

It has been a long time now and I miss his presence in our hallways. He is an important part of our chemical engineering family. I appreciate him and hope to be as hard of a worker throughout my life as he was.

He is missed and loved.
Mary Dempsey
April 7, 2015
I was so sorry to read about the passing of Professor Block. I knew him as one of his many authors on the later editions of this book on disinfection and sterilization. The book is known as just 'Block' and is still one of the best references available. Although he told me that that the 5th woudl be his last, I had been in contact with him to discuss a new edition at the start of 2014. He was a gentleman and is a great loss. Our condolences to his family. Dr. Gerald McDonnell
January 22, 2015
I was so sorry to hear of the passing of Seymour. I really enjoyed our conversations and with Gertrude we had a wonderful voyage on the Lewis & Clark Cruise and several correspondences since. My deepest condolences to Gertrude and the family.
Dr. Tom Green
DR TOM GREEN
December 12, 2014 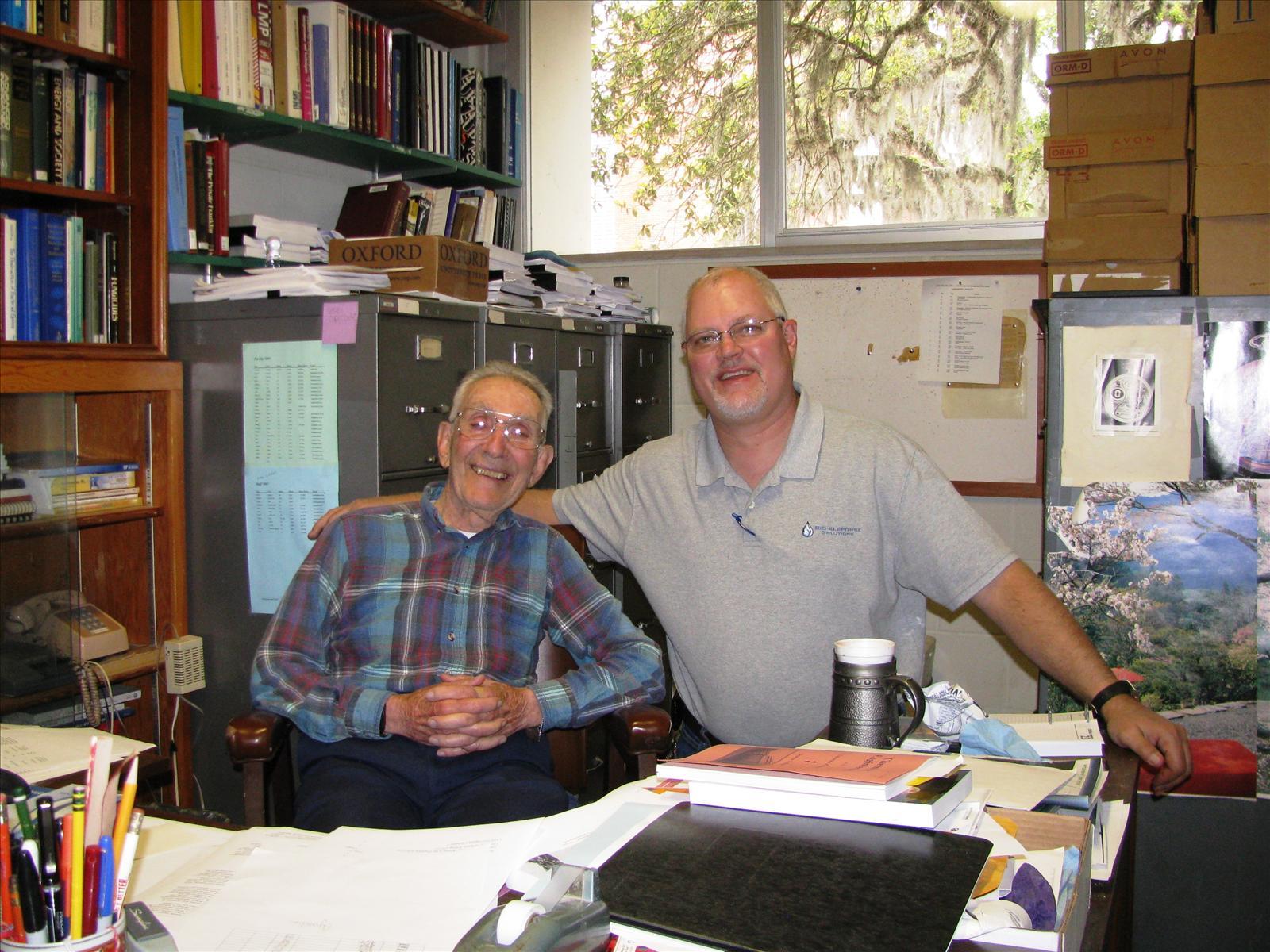 I have been blessed in life to know my dear friend Dr. Seymour Block; his open sharing of his extensive knowledge and his endearing friendship have made me a better person. Everywhere I go professionally I carried the confidence of his belief in me and the gift of his advice and support when I sought knowledge. Gertrude, God bless you and Seymour for being such wonderful friends for such an unlikely soul as mine. I will always treasure the memories of every visit.
Joseph Wilson
August 18, 2014
Uncle Seymour became my uncle through marriage into the family. He had incredible charm, wit, and wisdom, and I can only hope a little bit of it rubbed off on me.
Sheryl Kurland
August 18, 2014
I have very fond memories of Seymour and Gertrude dancing at the Swing and Sway Ballroom Dance Club. They were so friendly and sweet, and always smiling. I loved both of them, and I miss seeing them. Love to the family.
Ruthie Link
August 18, 2014
I was privileged to have Seymour S. Block as my Uncle. I will miss him and his humor. Steven Kurland
Steven Kurland
August 17, 2014
My love to you,Gertrude. Doris Gurney
August 15, 2014
I was privileged to hear Dr. Block discuss disinfection at an American Biological Safety Conference; his contribution to biological was, and is, remarkable. I would like to add my condolences to the family and friends who knew him well.
Karen Byers
August 14, 2014
I remember walking along the beach with him one visit and stopping every few feet to discuss different shells.
Nancy Kurland
August 14, 2014
Seymour was his own monument. With
Gertrude a community of intelligent conversation. We will miss him.
Joe and Lucille Little
August 14, 2014
Thinking of you all at this time. May he rest in peace. I no longer live in Gainesville but have fond memories of Seymour and Gertrude.
Olivia Berger
August 14, 2014
Good to read about the long and full life of this wonderful man. He will be missed.
mack tyner
August 14, 2014
Showing 1 - 16 of 16 results