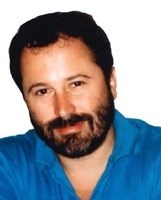 Doug was born in Holyoke, MA on November 16, 1957, the son of Alton and Virginia (DiNapoli) Nadeau. He grew up alongside and is survived by his two sisters, Nancy Koske (husband Chuck) of Holland, MA, and Sue Matheny (husband Doug) of Ellington, CT. Both sisters would likely tell you that Doug was the favorite child. On May 13, 1977, he married his high school sweetheart, Cynthia E. (Corey) in Northampton, MA, who would definitely tell you that 44 years was not long enough. In addition to Cynthia, Doug is survived by a son, Daniel Nadeau and his wife Liz; a daughter, Jessica Kinsey and her husband Joseph; as well as seven grandchildren, Kael, Ella, Luka, Mila, Max, Thea, and Adriana, who all knew him as "Papa". His mother-in-law, Dorene Corey of Minot, ME, along with in-laws, nieces and nephews also survive him.

Doug was a great many things, and a brilliant scientist was one of them. He graduated from the University of Massachusetts with a Bachelor of Science in Analytical Chemistry and a PhD in Food Science. Throughout his career, Doug held many impressive positions: an Assistant Professor and Cooperative Extension Food Safety Specialist (University of Connecticut), Food Technologist and bringer of delicious brownie desserts (Weight Watchers), and Manager of the Archer-Daniels-Midland Company (ADM). For the last 25 years, Doug served in multiple roles within Research & Development, with Senior Scientist being his last position (Hill's Pet Nutrition). Despite the degrees, job titles, and awards, the only thing Doug truly cared about was being able to do something he loved every day, and having opportunities to mentor others along the way.

According to Doug (and Jack Nicholson), all work and no play made Doug a dull boy, so Doug spent his free time doing other things, like watching movies, literally any movie playing on the SYFY channel. The Shining and Jaws were among his favorites. He could recite every line, word for word, although he only quoted movies during the most optimal times, guaranteeing him a laugh or two. Aside from being a film aficionado, he also fancied a Tervis cup filled with Jim Beam and Diet Pepsi…but only on the days that ended in "y", and when he was feeling extra festive – a good glass of Irish whiskey. He was always up for a good game of pool, especially playing to the background music of his 1970s and '80s playlist. Known as "Garage Man" and "Mr. Fix It" by his family, Doug's favorite pastime was working in the garage. He had a passion for motorcycles, dirt bikes, and pretty much anything with a motor. One of his greatest accomplishments was restoring his father's 1931 Model A Ford, which he me-tic-u-lous-ly brought back to its original, classic beauty by maintaining most of its original parts. Seriously, there's an instructional binder to prove it.

One could easily call Doug a reserved man, but he had one hell of a sense of humor. "Don't encourage him!" Cynthia would always say, as everyone laughed at whatever witty remark Doug just muttered. Doug was also selfless, exceedingly dependable, firm, patient (on most days except for moving day), and he believed that a handshake still meant giving someone your word. He also quite possibly made the world's best cheeseburger, cooking breakfast was his thing, and unfortunately, he passed on his "there's always room for ice cream" mentality to his daughter.

Doug was a great many things to a great number of people, and he will be deeply missed by his loving family, friends and colleagues. His request to be cremated was honored; putting him in a can of Chock Full o'Nuts was not. Sorry, Dad. A celebration of his life will begin at Brennan-Mathena Funeral Home on Friday, November 19 with a visitation at 4:00 p.m. followed by the service at 5:00 p.m.

The family would like to give special thanks to Dr. David Einspahr and the staff at the Stormont Vail Cancer Center, and the caregivers at Hospice House for their loving attention to Doug. Cynthia thanks her family and friends for their support and love, especially Barb and Allan. Memorial contributions may be made in his memory to Midland Care Hospice, or the Jimmy Fund with the Dana-Farber Cancer Institute, and sent in care of the Brennan-Mathena Funeral Home, 800 SW 6 th Ave., Topeka, KS 66603.

I can see Doug flying off a jump aboard his Hodaka in "Hutchy's" gravel bank down the road from my childhood home. He was fearless, flat out, like someone was after him!

Seeing his beloved Eldorado at his parents house inspired me and no doubt influenced my purchase of an Ambassador. When our schedules aligned he and I would ride our Guzzis to UMASS, he was working on his doctorate, me a BSME. People asked us if we were brothers, both on black Guzzis, wearing black leather jackets, blue jeans and knee-high black leather lace up boots. Riding together was a hoot.

At the Italian Motorcycle Owners Club meet Doug was chastised over the loudspeaker for burning out in the parking lot, sending a cloud of gravel and dust into the air!

And the time I crashed from hitting a rain soaked manhole cover in a corner. Once it was confirmed I was "ok" Doug didn't waste any time cracking jokes about the modifications I'd made to my bike!

Then there were the Stooges, but only the ones with Curly. Fond memories of watching their antics with Doug in the trailer on Pequot Road he and Cindy called home for a while. Daniel and Jess were so little the last time I saw them.

The move to Kansas separated us physically but Doug never stopped being my friend. Godspeed brother.
John Chicoine
Friend
November 15, 2021
Cynthia and Jess, I'm so sorry to hear of Doug's passing. He was always so kind. I'll be keeping your family in my prayers.
Stephanie (Long) Henke
Friend
November 11, 2021
I may not of known you well but our daughters have been best friends since Junior high. My heart breaks for her and your hole family. I will be praying for them and may you rest in piece Doug
Teresa Porter
Friend
November 11, 2021
Jess, Cynthia, & family,

I was so sad to read of Doug's passing. I have so many fond memories at your home with Jess... getting into lots of trouble and always using his internet to get on AOL chatrooms with Jess. I ways felt comfortable around him and knew he loved his family so much. I am thinking of you all during this difficult time.. you are all so special. Lots of love from Arizona.
Stephanie Meyers
November 11, 2021
Cynthia I'm so sorry for your loss, thinking of you and your family, Doug will be missed by many.
Chad Peters
Coworker
November 8, 2021
Showing 1 - 7 of 7 results