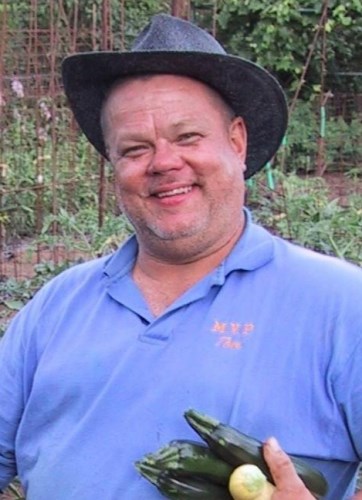 ABOUT
Smith Academy
FUNERAL HOME
Ahearn Funeral Home
783 Bridge Road
Northampton, MA
Thomas F. Burnickas passed away on March 16, 2020 due to chronic heart disease, just 4 months after his beloved wife, Louise. Born in Northampton, he attended Air Force Base elementary schools in Germany and Westover AFB. He, with his mother and sister, moved back to Hatfield where he attended local schools and graduated from Smith Academy in 1964, where he excelled in soccer. He attended New Hampshire College of Accounting and Commerce for two years and then transferred to Salem State University where he met the love of his life, Louise (Valliant) in a calligraphy class!

They wed in 1970 and he taught high school in Milford and Orange. Tom became a Massachusetts State Police Officer and climbed the ranks to Lieutenant working in Westfield, Russell and Northampton barracks. Tom enjoyed his career and was extremely proud to protect and serve. He was a member of the MSP boxing team, nicknamed the "Berkshire Strong Boy" and having matches in Hudson MA, Freeport Hall in Dorchester and in Bermuda. He was also a member of the Blue Knights where he served a term as treasurer.

Above all Tom loved spending time with his family. He coached his kids soccer teams, was a spectator at all music and sporting events, went on motorcycle trips with his son and took Polish classes with his daughter. He delighted in teaching his grandchildren to fish and swim. He had many interests dappling in carpentry, fixing whatever was broken, and excelled at gardening.

Left to cherish his memory are his daughter Carrie Gayle Silvia and her daughters, Anita and Elena; his son Michael T. Burnickas, his wife, Lucinda and his grandson Andrew; his sister Linda (Collins) and her children Tom, Stacy and Elizabeth and their families. A very special thank you to Dr. Jane Lysak, who cared for both Tom and Louise and became more than their physician but a trusted friend...Dziekuje przyjacielu.

Funeral services will be held on August 22 at 10 a.m. at St. Mary's church, Bartlett St Westfield with calling hours 9-10 at the church. Donations in his memory may be sent to Wounded Warriors Project.

(413) 587-0044
Published by Daily Hampshire Gazette on Aug. 17, 2020.
To plant trees in memory, please visit the Sympathy Store.
MEMORIAL EVENTS
Aug
22
Calling hours
9:00a.m. - 10:00a.m.
St. Mary's church
Bartlett St, Westfield, MA
Aug
22
Funeral service
10:00a.m.
St. Mary's church
Bartlett St, Westfield, MA
Funeral services provided by:
Ahearn Funeral Home
MAKE A DONATION
Please consider a donation as requested by the family.
MEMORIES & CONDOLENCES
9 Entries
To Tom's family, loved to watch him, when he played soccer for SA. He was very quick. He loved the hot dogs from Tom's. I can remember on Elm St. where he lived. Little hill in the front, his mother loved working in the yard. My prayer go out to all the family.
Thomas LaBelle
August 19, 2020
Sorry for the loss of both your Mom and Father I was your Dad's opponent in Hudson Ma back in the early 80's when we met up close and personal. His punches were like being hit with 2 by 4's. Shared quite a few laughs with Mom in Bermuda. Tom stayed over my house way up North one Halloween after a session of training for us cpl's. He craved out the pumpkin's and went trick-or-treating with the family. Always enjoyed his company. Unforgettable laugh and his smile said it all. Will be missed. God bless. RIP Berkshire Strongboy
Ed Horton MSP retired
Edward Horton
Friend
August 19, 2020
Carrie & Mike, Thinking of you and your families and this great loss of both your mom and dad. Hope happy memories from the past bring you all comfort. They were two very special people. Cynthia Simison
Cynthia Simison
Friend
August 18, 2020
In addition to all that was mentioned earlier, my Friend Tom was a true gentleman. There was a time when he hung out with our crew of old retired correctional officers. There were 15 to 20 of us at any one time and we all had the same nick name, "FAT-GUY". Tom fit in like a finger in a glove. We first met 30 years ago at Terry's Barber shop in Westfield and started a conversation about politics. It was good that nether of us had additional appointments because that first chat was over 2 hours long (It's like that for some fellow political zealots). I have not seen or talked to my friend in a number of years. But I will miss him and ask the Almighty to comfort him until it's my time to be greeted by him.
Mike Costello
Friend
August 18, 2020
Carrie, Mike and family sorry to hear of your Dad's passing . Shared many
fun times with your Dad. He was always willing to help whenever you needed him. Take comfort in all the memories you have.
Paul & Roxana Nowak
Paul & Roxana Nowak
Friend
August 18, 2020
My wife Karen and I knew Tom through the motorcycle club. Tom was a good guy. Our sympathy goes out to Tom's family.
Neil Newman
Friend
August 18, 2020
My friend, classmate and teammate at Smith Academy. Hey Strong Boy R.I.P.
George Kopacz
Classmate
August 17, 2020
My condolences go out to Tom's family on behalf of the Smith Academy Alumni Association and Friends. I posted the sad news on our Facebook page called Smith Academy Impromptu Reunion so members of the Class of 64 and others who knew him from Hatfield will spread the sad news. May Tom rest in eternal peace, and family and friends be comforted by memories of all the good times.
William Szych
Acquaintance
August 17, 2020
Dear Carrie and Mike, What can I say about your Dad. Without a doubt, one of the finest people I had the pleasure of knowing. We had plenty of laughs at the kitchen table, as well as some memorable adventures. He and your Mom always welcomed me into their home. RIP my friend. Thanks for the memories.
James Loudon
Friend
August 17, 2020
Showing 1 - 9 of 9 results