David H. "Kraut" Kurowski, 64, Green Bay, passed away unexpectedly in his sleep, Saturday, April 6, 2013. Born November 7, 1948, in Green Bay, he is the son of Madeline (Schirk) Kurowski Wolf and the late Carl "Ski" Kurowski. Kraut was an avid motorcycle enthusiast known well in the local biker community. He will be remembered for his enjoyment of racing and his mechanical expertise. Kraut won multiple awards for his many bike creations and restorations. He also loved hunting and fishing in the great outdoors. Kraut loved living on the edge with the need for speed.

He is survived by his life partner of the last 32 years, Janet Turrittin; one son, Carl Kurowski and his mother, Trish Kurowski; two grandchildren, Jessica Boucher and Colton Kurowski; one great-grandchild, Amaya and another on the way, all of Green Bay; mother, Madeline Wolf of Sturgeon Bay; eight brothers and sisters, Carol (Jim) Charles, of Sturgeon Bay, Robert Kurowski, Steve Kurowski, both of Green Bay, Susan Martin of Canada, Jerry Kurowski of Alabama, Cathy Carter, Eric (Sandy) Kurowski of Sobieski, and Dean "D.J." (Grace) Kurowski; Janet's children, Doug (Cindy) Turrittin of Green Bay, Mark (Lisa) Turrittin of Suring, and Cheri (Tim) Johnston of Oconto Falls, and their children; many nieces, nephews, other relatives and friends.

Visitation at MALCORE (East) Funeral Home, University Avenue at Baird Street, Friday, from 4-7pm. Sharing of memories at 7pm Friday at the funeral home. Visit www.malcorefuneralhome.com to send an online condolence to the family.

In lieu of other expressions of sympathy, a memorial fund has been established.

Published by Green Bay Press-Gazette on Apr. 9, 2013.
To plant trees in memory, please visit the Sympathy Store.
MEMORIAL EVENTS
To offer your sympathy during this difficult time, you can now have memorial trees planted in a National Forest in memory of your loved one.
Funeral services provided by:
Malcore Funeral Home
MAKE A DONATION
MEMORIES & CONDOLENCES
16 Entries
I just read David's obituary and felt the loss of another "larger than life person" from my childhood. I remember visiting his east side shop with my Dad. He was meticulous about his craft... he was soooo cool! The large dog... not so cool. My prayers are with him for a safe passage.
Stacy Schirk-Stocki
April 15, 2013
through good times and bad times, i always knew that my conversations with dave would be interesting. he now rides where the roads are endless and the gas is free. i'll miss him.
dan sheaffer olddrifter
April 12, 2013
Dave & I met in 5th Grade. We did a lot of things together. Some we couldn't talk about for years until the statute of limitations ran out. Ha Ha! We had fun. Will miss him.
Wally Morrow
Wally Morrow
April 10, 2013
RIP brother, RIP
Flip
April 10, 2013
Kraut your riding with the brothers and sisters in the wind.
Bob Dirt Miller
April 10, 2013
Your riding now with the brothers and sisters in the wind.
Bob Dirt Miller
April 10, 2013 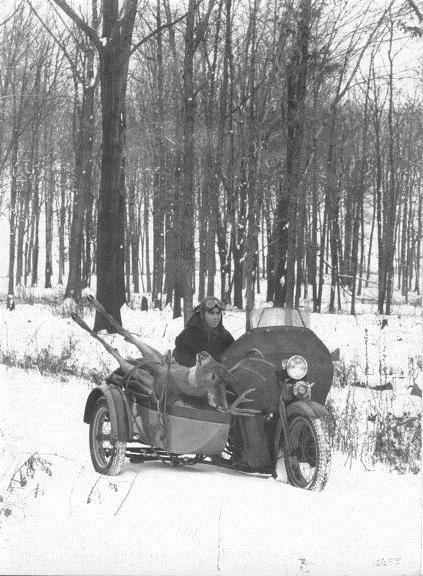 Dear Jan, Cheri, Doug, Mark, Carl & family, I'm so sorry for your loss. But may your hearts soon be filled with wonderful memories of joyful times together, as you reminise about a life well lived.
Diane Aldrich
April 10, 2013
May your hearts soon be filled with wonderful memories of joyful times together as you celebrate a life well lived.
April 10, 2013
cheri and family, you are in my thoughts at this difficult time. god bless
missy pashek
April 9, 2013
We'll definitely Miss You driving down to see us Kraut. Our Thoughts and Prayers go out to Your Family. <3
Cher Van Ess
April 9, 2013
In loving memory of a wonderful person. We will love you and miss you always.
Ed VanEss
April 9, 2013
My sympathy to the family. I didn't know Kraut, but wish I had. My older brother, Bill, and I, were both fellow Marines with his father, during the Korean conflict, in 1950. He was a very colorful man, as I remember, and had an exciting career. I would have wanted him on my side in a fight.
Enjoy the memories of your family together.
Cletus Beaudin,Sgt. USMC
April 9, 2013
So Long Old Friend, We Had Some Really Great Times Years Ago, Bird (Steve Dejardin)
April 9, 2013
It will be sad to ride the road alone instead of side by side-but too all there comes a time when the roads of life must divide. Kraut gave us many years of happiness now comes the sorrow and the tears but Dave left us with beautiful memories that we will treasure for the rest of our years. Forever in the wind brother Dave
Father Norm "Drifters M/C
April 9, 2013
Sending our deepest sympathy to the family.
Crash~N~Puddles
April 8, 2013
My Dearest Brother Dave. You gave me many great memories growing up with you. Let this candle be a light to guide you home to be with dad. It will shine ever so bright for you in my heart. your sister Carol
Carol Charles
April 8, 2013
Showing 1 - 16 of 16 results