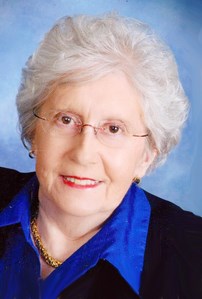 A career-oriented lady with many achievements and awards, Vira was driven to give the best to her family. She was formerly an active member of West Market Street United Methodist Church.

Vira was born in Augusta, Georgia, May 18, 1933, daughter of the late James Hamilton Rodgers, Sr. and Mary Katherine Rogers Rodgers. Also preceding her in death is her husband, whom she married August 17, 1957, Allen Edward Kivett; her son, Allen Wyke Kivett and brothers, James H. Rodgers, Jr. and Thomas S. Rodgers, Sr. She is survived by her daughter, Martitia "Marty" Kivett Richardson and husband, David Keith Richardson of Greensboro, as well as several nieces and nephews.

Dr. Kivett graduated from Jamestown High School, Jamestown, NC and received a BS degree from the Woman's College, Greensboro, NC, and MS and Ph.D. degrees from the University of North Carolina at Greensboro, NC, where she retired as the Elizabeth Rosenthal Excellence Professor, emerita, in the Department of Human Development and Family Studies. She held a joint appointment with North Carolina State University for 39 years. Her scholarship was acknowledged through numerous awards for research and professional service at the regional, state, national and international levels. She was an internationally-recognized scholar in the field of social gerontology and one of the foremost scholars on rural aging in the United States. Her research, service, and contributions to policy on behalf of older adults contributed to her award of the Oliver Max Gardner Award, the highest honor bestowed a faculty member in the North Carolina University system. This award is presented annually by the University of North Carolina Board of Trustees to the faculty member having made the greatest contribution to the "welfare of the human race." In 1997, she was named a Fulbright Scholar to the University of Kent, Canterbury, England, where she assisted with the research team in developing health policies at the London School of Economics. Other awards of note included: Distinguished Service Award (the Association for Gerontology in Higher Education), Distinguished Academic Gerontologist Award (Southern Gerontological Society), the 2012 recipient of the Gerontologist Rooted In the South Hall of Fame, a recipient of the School of Health and Human Sciences' Legacy Award, and, in 2013, she received the Women of Distinction Award.

In retirement, Vira served as an adjunct chaplain in the Moses Cone Health System, primarily Wesley Long Hospital in Greensboro. Despite being immobile for the last ten years of her life, Vira continued to "teach" others and exemplified aging gracefully.

The family will receive friends from 6 to 8 p.m., Thursday, May 20, at Hanes Lineberry North Elm Chapel, 515 North Elm Street. A funeral service will be held at 2 p.m., Friday, May 21, at West Market Street United Methodist Church, 302 West Market Street, Greensboro with interment to follow at Westminster Gardens Cemetery, 3601 Whitehurst Road.

Memorial contributions may be made to Children's Home Society of NC, 604 Meadow Street, Greensboro, NC 27405 or to the Kivett Outstanding Graduate Publication Award, check to be made payable to UNC-Greensboro and specify a gift in memory of Dr. Vira R. Kivett; Advancement Operations UNC-G, P.O. Box 26170, Greensboro, NC 27402.

Online condolences may be shared by visiting www.haneslineberryfhnorthelm.com.

To plant trees in memory, please visit our Sympathy Store.
Published by Greensboro News & Record on May 20, 2021.
MEMORIAL EVENTS
May
20
Visitation
6:00p.m. - 8:00p.m.
Hanes Lineberry Funeral Home
515 North Elm Street, Greensboro, NC
May
21
Funeral service
2:00p.m.
West Market Street United Methodist Church
302 West Market Street, Greensboro, NC
Funeral services provided by:
Hanes Lineberry Funeral Home
MAKE A DONATION
MEMORIES & CONDOLENCES
Sponsored by Hanes Lineberry Funeral Home.
1 Entry
We want to share are deepest sympathy for the loss of your precious mother. She is and will always be one of the sweetest people we have ever met. Our prayers go out to your family. God Bless You.
David & Susan Robertson & Mary Bryant
Friend
May 21, 2021
Showing 1 - 1 of 1 results