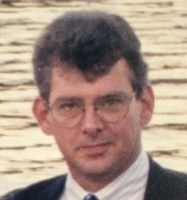 ABOUT
Greenwich High School
FUNERAL HOME
Castiglione Funeral Home
544 Old Post Road #3
Greenwich, CT
Robert Sean Lynch
Robert Sean Lynch passed away on January 18, 2021 at the age of 63.
He was born in The Bronx, raised in Yonkers and has resided in Greenwich, Connecticut for the past 23 years. After receiving his BS in Accounting from Iona College, Robert joined Arthur Andersen & Co and became a partner with the firm in 1990. He was the Head of the Metro New York Energy Industry Practice where he worked with some of the firm's largest clients and led high profile civil and criminal litigation engagements. From Andersen, he launched into private equity as the CFO of Ripplewood Holdings LLC, and then went on to be Chief Operating Officer of The Weekly Reader. He then joined Marcal Paper Co. as the Chief Operating Officer. His final years working were as CFO of Stroz Friedberg LLC and most recently Mintz Group LLC.
His proudest moments were watching his children Ryan and Meghan swim competitively for Greenwich High School and the Greenwich YWCA Dolphins. He was so proud of their many accomplishments both in and out of the pool, including their acceptances and continuation of studies at Tufts University and Stanford University. Bob was an avid golfer, and some of his happiest times were enjoying weekends on Candlewood Lake, boating, tubing (and tossing kids from the tube), water skiing, jet skiing, and teaching Ryan and Meghan to fish. Bob was an avid NY Giants and NY Yankees fan, often watching games more than once, in his family game room filled with Yankee memorabilia. He loved hosting gatherings of family and friends, and especially loved being surrounded by his three boxers; Barbie, Lulu and Zuzu!
Bob, as he was affectionally referred to by his childhood friends or Rob, as he was known by his adult professional friends, maintained lasting relationships with so many, that bridged these friendships together into lifelong bonds. Whether playing sports in the streets of Yonkers, experiencing adventure on the beaches of the Hamptons or enjoying the pleasure of his friends' company at his Candlewood retreat, Bob was always surrounded by his many close friends. These images will forever stoke the memories of his heart-broken friends.
Robert is survived by his children Ryan and Meghan Lynch, his former spouse and mother of his children Joan Lynch, siblings Frances Mitchell (Brian), Elizabeth Ann Newton, Arthur Lynch (Sandy), Kenneth Lynch (Virginia), nieces and nephews Brian (Kelly), Evan and Christopher (Kristin) Mitchell, Ashley Newton Scardigno (Mark), Michael Lynch (Tricia), Jamie Lynch Granero (Raul) and Jenna Lynch Coughlan (Brendan). Robert is also survived by his uncle Gerard Lynch (Jane) and his aunt Marilyn Kilroy, many cousins and several great-nieces and great-nephews. Robert was predeceased by his parents Arthur and Elizabeth Lynch.
In lieu of flowers, please send donations to Adopt A Boxer Rescue (www.adoptaboxerrescue.com/donate/).
Arrangements by the Castiglione Funeral Home in Greenwich, CT.

Published by Greenwich Time on Jan. 22, 2021.
To plant trees in memory, please visit the Sympathy Store.
MEMORIAL EVENTS
To offer your sympathy during this difficult time, you can now have memorial trees planted in a National Forest in memory of your loved one.
Funeral services provided by:
Castiglione Funeral Home
MAKE A DONATION
MEMORIES & CONDOLENCES
Sponsored by Castiglione Funeral Home.
1 Entry
Dear Meghan, Ryan and Joan,

I am so very sorry for your loss.
May your memories of laughter help ease your sadness and may the smiles you have shared hold close to your hearts.