Dr. David G. Carter, the retired chancellor of the Connecticut State University System (CSUS) died after a valiant decades-long fight against an array of illnesses on March 17, 2018 in Mesa, AZ. A highly accomplished and widely respected educator and administrator, he was 75 and was a longtime resident of Mansfield and New Haven, CT. He was born in Dayton, Ohio, the son of Richard and Esther Carter. During his five years as Chancellor, Dr. Carter led the four-university system through its greatest expansion in academic, program and campus development. In his final year as chancellor in 2011, CSUS reached an all-time high of 36,629 students at its universities. Dr. Carter became the first African-American to lead a four-year institution of higher education in New England when he was selected to serve as President of Eastern Connecticut State University (ECSU) in 1988. During his 18-year tenure leading ECSU's campus, he boldly transformed a small campus with a limited number of degree offerings into an advanced and diverse educational haven - and meticulously realized his vision, building Eastern's reputation as "Connecticut's Public Liberal Arts University." The physical campus at ECSU was also strikingly remade under his leadership. With high-tech academic buildings including the Science Center, J. Eugene Smith Library, and Child Family Development Resource Center; Gelsi-Young Hall, a modern Public Safety Building and residence halls, the university campus took on an atmosphere of a traditional New England Village while enhancing the overall student experience. Dr. Carter was appointed chancellor of CSUS in February 2006. His experience as a public college president who worked closely and effectively with state government and the business community enabled him to lead an effort that resulted in the State providing funding for a $950 million commitment to update and upgrade the four campuses in the CSUS System. It was the most comprehensive expansion in the shared history of the universities, and a transformation that extended years after he retired and continues to benefit current students. Chancellor Carter is survived by his wife, Dr. Sandra C. Holley; former wife, Lena Smith Carter, Middletown, CT; two brothers, William (Iula) of Dayton, OH, and Joseph of Las Vegas, NV; four children: Ehrika Carter Gladden (Blayne) of San Jose, CA; Jessica F. Carter of Middletown, CT; Dr. David George Carter, Jr. (Jeni) of Toledo, OH; David M. Holley, of San Francisco, CA; and two beloved grandchildren, Hutchinson Lawrence and Ellis Catherine. He was predeceased by two brothers, James of Silver Springs, MD and Samuel of Dayton, OH. Friends and colleagues may send contributions in memory of Dr. Carter to The Michael Bolton Charities, Inc. (for Children and Women at Risk), P.O. Box 936, Branford, CT 06405, www.michaelboltoncharities.com; Fidelco Guide Dog Foundation, 103 Vision Way, Bloomfield, CT 06002, www.fidelco.org; or the Shyaam Bachman Memorial Scholarship Fund, c/o Hartford Foundation for Public Giving, 10 Columbus Blvd., 8th Floor, Hartford, CT 06106, www.hfpg.org/shyaam. A memorial celebration of the life of Dr. Carter will be held June 9, 2018 at 11:00 a.m. at The First Cathedral, 1151 Blue Hills Avenue, Bloomfield, CT.

Published by Hartford Courant on Mar. 22, 2018.
To plant trees in memory, please visit the Sympathy Store.
MEMORIAL EVENTS
Jun
9
Memorial service
11:00a.m.
The First Cathedral
1151 Blue Hills Avenue, Bloomfield, CT
MAKE A DONATION
MEMORIES & CONDOLENCES
Sponsored by the family.
28 Entries
As this yearly anniversary arrives, we again feel the loss of this stellar man. His courage and talent are never lost, but live forever in the memories of those he touched. Our condolences to his family and loved ones. He is happy and peaceful. May you all be comforted. His legacy lives in those whom he inspired. Thank you, Dr. Carter.
Mary Ann and Tom Lally
Coworker
March 16, 2019
Condolences to the Carter family. David was a school mate, and line Brother of mine while we matriculated at Central State. Farewell dear brother. A PHI! Brother Charles Cross, Wayne Mich.
December 27, 2018
My deepest condolences and sympathy to the family, He was a gem of a human being, May God rest him in peace and heavens, he always inspired to achieve and strive for best in life,MOHAMED A,H MAVED
Mohamed A,H Maved
August 19, 2018
I knew David briefly,he was my roommate in banner hospital.My deepest condolences to Sandra and family.Sorry for your loss.God Bless
Victor Towler
Acquaintance
June 7, 2018
My heartfelt condolences to family and friends of Dr. Carter, especially to my dear friends Sandra and David Holley.
Dwight Ellis, J.D.
May 25, 2018
My husband and I send our sincere sympathy to you Sandra, and the entire Carter family. David was a sincere, thoughtful, caring individual. His visit to our church Youth Group was inspiring. Two of our Youth enrolled at Eastern because of his visit.
David certainly can sing the hymn "May the work I've done speak for me". Well done, good and faithful servant! Our fellow Central State University classmates will miss your earthly presence.
Catherine Barrett-Davis
May 7, 2018
Catherine Barrett-Davis
May 7, 2018
Dr. David G. Carter was truly an outstanding individual. He was tireless in his efforts to provide outstanding educational opportunities to students in Connecticut, throughout the United States, and globally.. He personally contributed to student scholarships and to numerous academic opportunities. He was an outstanding leader in Connecticut and throughout the Country; and, traveled internationally to colleges and universities in many countries. He was so very humble in his efforts and accomplishments, but, his actions and caring for others personally speak of his humanity, and, will forever be remembered and respected by so many.
Barbara Eshoo
April 23, 2018
Our sincere sympathy to the family and loved ones of Dr. Carter. He was a man we will never forget, because he lifted our spirits just by who he was. We are grateful to have known him and remember him with the greatest respect. Enjoy your heavenly reward, Dr. Carter. See you again!
Mary Ann & Tom Lally
April 13, 2018
My deepest condolences to Dr. Carter's family. I was the financial center manager of the bank that he would frequent in Arizona and no matter how busy I was, I loved to stop and talk to him. He was the classiest person I knew. We would talk about everything from his orange trees to how he was a leader for so many years. He would share career advice with me and the importance of really listening to my customer to help them. I went to a different department 3 years ago, and he was one of the customers I missed talking to.

He was truly, one of a kind.
Amanda Sohn
April 11, 2018
Thank you for your friendship over the years and support. Visiting your office with my daughter playing with the little red wagon, BBQ lunch outside of Washington D.C., NCAA conference baseball caps and so much more.

Your visit to my niece in the dorms to take her for coffee.
Many other things I know you did that very few will ever know but benefited from. Your support of furthering education including mine. Always a kind word.

You will be missed. God speed.
My thoughts and prayers are with your family at this time.
Bill Morgan
April 8, 2018
Dr. Carter was an outstanding individual. He made an enormous difference in higher education, in Connecticut and nationally. He was brilliant, so kind, and a true leader. He gave so much of himself to assure that higher education would indeed make a positive difference in the lives of others. He was simply the very best.
Barbara Eshoo
April 4, 2018
Dear family,please accept our condolences.May God bring much strength and comfort to family and friends at this time of great loss.--Psalms 22:19
Lazaro y Caridad
April 4, 2018
Shirley Dreakward
April 4, 2018
With deepest sympathy to the family of
David G. Carter. May he rest in peace

Former Central State University Classmate,
Joyce Eldridge-Howard
April 3, 2018
As a graduate of Central State,my condolences to the Carter Family.
Antoinette Sutton
April 3, 2018
To the loved ones of David, know that his soul eternally lives on. Cherish all that you shared with him and be happy that he left a legacy for all that loved and respected him and all of his hard work to make a difference for the lives of so many.
Hazley Family
Friend
March 25, 2018
Sorry for the family loss. To my cousins, I will pray for continued healing power
Sylvia Smith
Friend
March 25, 2018
David and I became friends as teachers in the public schools of Dayton, Ohio. We maintained that friendship throughout the years. Dr. Carter, we are sorry for your loss!

Charles and Jewelline Rivers
Charles Rivers
Friend
March 23, 2018
Sandra, when your heart is empty, filling it with happy memories can help you find your smile.
Danita Young
Friend
March 23, 2018
David...."my brother from another mother". Where do you start when you have known someone for over (40) years. While at UConn, we worked hard, but we had lots of laughter and fun. With all of your accomplishments, awards, trails and successes, you never lost the essence of who you were. You would downplay your importance to make others feel important. That is a mark of a successful person, and someone who makes me proud to call my friend. I will miss you, but never forget you.

Veronica (Ronnie) O'Dette
Mesa, AZ
Veronica O'Dette
Friend
March 23, 2018
Dear Sandra, please accept my heart-felt condolence in the loss of your husband, David. You are in my prayers and thoughts. Gail Keenan
March 23, 2018
May your hearts soon be filled with wonderful memories of joyful times together as you celebrate a life well lived.
March 23, 2018
Danielle Kaminski
March 23, 2018 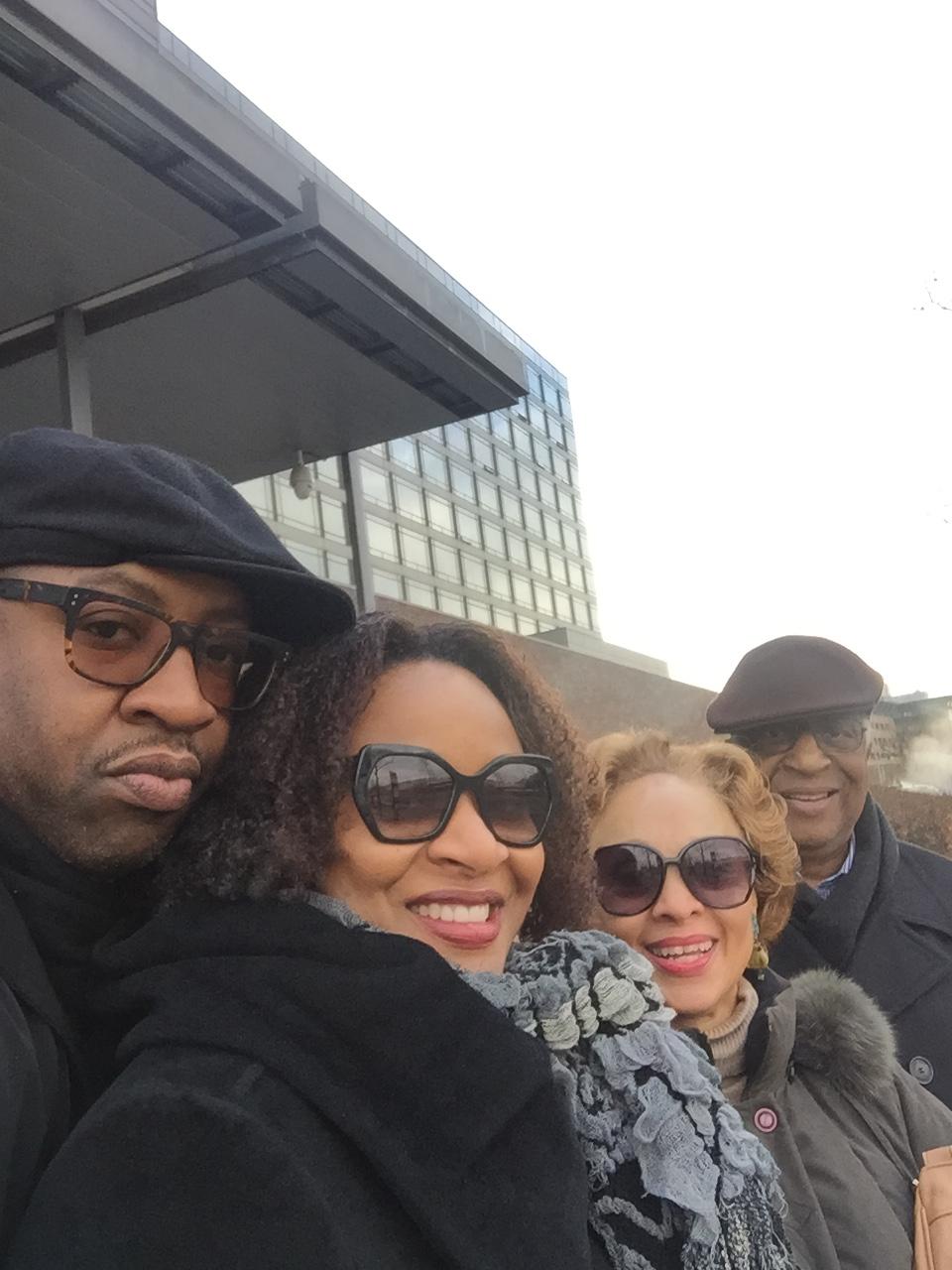 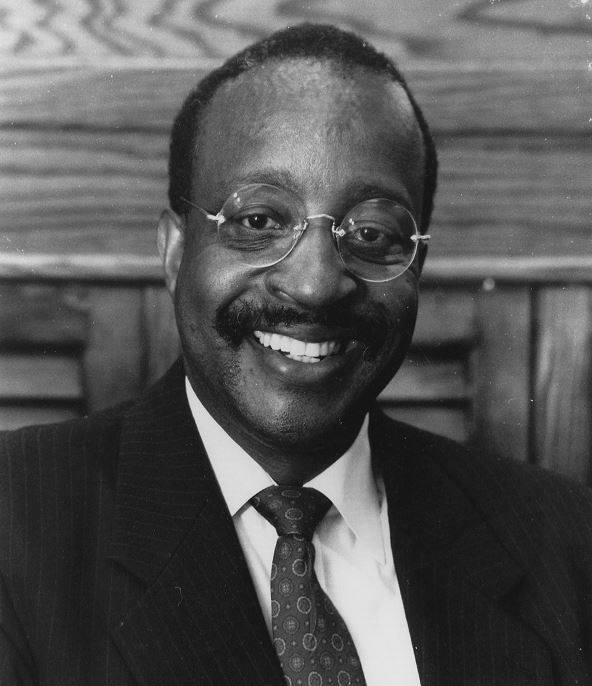 This GREAT man once told me "I believe in you!" As his public relations director/officer, I vowed to pursue excellence like him and for him.

Dr. Carter was the best entrepreneur of higher education the state of Connecticut has ever seen, and will ever see. He was the finest administrator you will find in public and higher education. Most important, Dr. Carter was a gracious, generous and kind human being with an unmatched sense of humor.

The campus at Eastern looked like a two-horse town that students could get admitted into in August. Today, thanks to Dr. Carter, the campus looks like a world-class university, where students are put on a waiting list in March. No university president in American has built a state-of-the-art campus like Dr. Carter has. Eastern is "The House That Dr. Carter Built!" After securing millions of dollars in infrastructure investment, Eastern became known as "The Jewel of the East!," a phrase coined by Carter's mentor, the late Dr. Arthur L. Johnson.

When he became CSCUS chancellor, Dr. Carter secured $950 million for investment in infrastructure within two years!

Dr. Carter created community service as a component of student growth long before it became fashionable in the 90's. Eastern became the most diverse university in the state under Dr. Carter. Academic and study abroad programs blossomed under his leadership.

God sends angels into our lives. Dr. Carter was an angel to me and countless others. It will be a long time before someone like him passes this way again. He was in a class all by himself. He was superior in his ability to build and lift other human beings.

He fit the Biblical definition of a real friend... "A friend is better than a brother." He sets the standard by which others will be judged. He had no peers when it regarded excellence in higher education, especially, access to higher education. I could go on, but for now, I am going to pray for strength for his wife, Dr. Sandra Holley and the entire Carter Family.
Dwight Bachman
March 22, 2018
So sorry to hear of Dr. Carter's passing. Throughout his legacy of positions held, Dr. Carter remained a simple, passionate person who walked the halls of Eastern CT State University and call each student by name. Stopping for but a moment to ask how their day was going. He has left an impressionable place in my memory. Thank you Dr. Carter. I wish there were more people in this world like you.
Lisa Michaud
March 22, 2018
Showing 1 - 28 of 28 results