Harvey L. Gross (The H Man) passed away on December 29 in New Britain, CT after a 5 plus year battle with cancer. When he was diagnosed with stage 4 colon cancer in December, 2009, one doctor gave him 6 months to live. Harv made it a point to prove that doctor wrong. He spent much of his adult life in the Capital District, NY with residences in Troy, Averill Park, and West Sand Lake. He was an incredibly loyal and hardworking General Manager for Monsey Products/American Seal Mfg for over 30 years. He was honored to work for the Mooney family and was able to call his boss, Ed Mooney, a close friend. Harv loved the art of making the deal and making sure his customers got the very best possible service available. Upon retiring, Harv spent some time working with American Saturated Felt while living in Florida for 2 years. Most recently, before relocating to Avon, CT, Harv was selling homes and making real estate deals with one of his dearest friends, Wally Bryce. Harv's passion for his family was always a special thing to observe. His wife of 53 years, Joan did a superhuman job of caretaker in the last 5 years. Nobody could make Harv laugh like Joan. Harv was always proud of his 2 sons, David (West Hartford, CT) and Mark (Avon, CT). Harv knew his sons overachieved when they married their wives, Rebecca and Denise. Harv's only grandchild, Benjamin could do no wrong in Harv's eyes. Harv was incredibly proud of the person Benjamin has matured into. One of Harv's greatest days was being at Benjamin's Bar Mitzvah less than 4 weeks after undergoing major surgery in Boston in May, 2010. Harv is also survived by his sister, Judy Kaplan of Florida. Outside of work, Harv was very active---especially when it came to playing or watching sports. Harv's passion was playing golf. He would finish a chemotherapy treatment and immediately make his way to Troy Country Club and later Farmington Woods in CT for a round of golf. Nobody loved or appreciated the game of golf more than Harv. He loved the competition, the outdoors, and the friendships the game of golf forges. A huge thanks to Harv's golfing buddies-Charlie, Kevin, Wally, Terry, Gene, and so many others who were always available to play a round of golf and have lunch at TCC. Harv's viewing passions were the Brooklyn Dodgers, New York Giants, Knicks, and Mets as well as Siena College basketball. Harv was a graduate of Washington Irving High School in Tarrytown, NY and Boston University. He worked for his father's hardware store before making the move to the Capital District with Joan in 1966. Harv and his family were able to put together a dream team of doctors who deserve special recognition. The 'dream team' consisted of Doctors Dudek (Albany, NY), Hosmer (New Britain, CT), Chan (Boston, MA), and Mamone (Boston, MA). Harv's surgeon, Dr Thomas Clancy of Boston was a person Harv felt a special connection to from when they first met in December, 2009. A heartfelt thanks to all of the other doctors and nurses (especially Nic'cole) at the Hospital of Central Connecticut in New Britain who have spent significant time with Harv in the last 10 days. Funeral services will be held on Tuesday, December 30 at 10am in the Silberman Chapel of Temple Beth Israel in West Hartford. Interment will follow in the Beth Israel Cemetery, Jackson St. Ext., Avon, CT. Donations can be made to Dana Farber Cancer Institute/Jimmy Fund. 10 Brookline Place West. 6th floor. Brookline, MA 02445-7226. For further information, directions or to sign the guest book for Harvey, please visit on line at www.weinsteinmortuary.com/funerals.cfm.

Published by Hartford Courant on Dec. 30, 2014.
To plant trees in memory, please visit the Sympathy Store.
MEMORIAL EVENTS
Dec
30
Funeral service
10:00a.m.
Silberman Chapel of Temple Beth Israel
West Hartford, CT
Dec
30
Interment
Beth Israel Cemetery
Jackson Street Extention, Avon, CT
Funeral services provided by:
Weinstein Mortuary
MAKE A DONATION
MEMORIES & CONDOLENCES
Sponsored by the family.
26 Entries
Dearest Joan, I am deeply sorry for your loss. Nothing I can say will make things any easier for you and your family, but please know I am thinking of you at this difficult time. I am touched to see so many of your friends have signed the guest book. Love from your friend, Amy
January 23, 2015
Joan, Mark, David Very sorry to hear about Harvey. Bill stalks about all the fun times they had playing golf.He will be in our thoughts and prayers.
Bill and Jude Schnellbaecher
January 11, 2015
Joan, Mark
Harv was certainly a memorable man to me and all the guys at IC. It's been a bunch of years but I can still see the smile and hear his words of wisdom.
Ken Redmore
January 7, 2015
Joan - I echo Mary Jo's sentiments. My heart aches for the loss you must feel. You all are in my prayers.
Kim Driscoll
January 5, 2015
My deepest sympathies to entire Gross family.I was a customer of American Seal in the early days.Harvey was most helpful and we always had time to chat.What a pleasure to see him
Frank Mac Nary
January 4, 2015
Oh Joan, I'm so sorry to hear of Harvey's death. He was a sweet and kind man. When I think of him I see his smile: warm, welcoming, sometimes accompanied by a head-shake (usually at something you said :)) and always sincere. It was a smile that said he was happy to see me, and I always believed he was. What a special quality, and special man. I'm glad you're with your family, but I'm sorry you're so far away. Please know that your friends in Saratoga are thinking of you, and that the original Driscolls, and our extended family, join me in sending love.

Mary Jo
Mary Jo Driscoll
January 4, 2015
Dear Joan and David, I just heard last evening of Harvey's passing. Jackie, Abby and I are so very sorry for your loss. I wish we could have been there with and for you both. I'm sure you know how much Harvey and you all mean to our family. We enjoyed and loved having your family as our neighbors and close friends. I will always remember Harvey as a very special person who was not only a friend, he was someone I very often looked up to, much like a father figure. Please know we wish you all peace at this difficult time. love, Roy,Jackie, Abby
Roy,Jackie, Abby McClory
January 4, 2015
Joan, my deepesept sympathy to the
entire family. I was unable to attend the services to pay my last respects due to traveling outside the country with family. I had a chance to read Harvey's obituary and it was truly well written.
It was a great pleaseure to have had the chance to know Harv personally, professionally and on the course over all these years. He will be truly be missed but I am grateful for the time I did have to share.
David Goodwin
January 4, 2015
Joan
I am so sorry to hear about Harvey's passing. He helped me this past year and was patient with us when we bought our home. He will be missed.
Carol Haid
January 3, 2015
Dear Joan,

I am sorry to learn of Harvey's passing. The past few years have been difficult for both of you, and I am happy you were able to be with your family during the hardest times. You were such a comfort to me when John died - I hope that you have the same now. Please feel free to contact me - anytime. My deepest sympathies to you and your family.

Love and light to you.

518 369-7123
Maryanne Malecki
January 3, 2015
Dear Dave, Rebecca and Ben,
So sorry to hear of your dad's passing - he sounded like a great guy, wish I could have met him and played a round of golf, he would have gotten a chuckle out of my ineptness on the fairways!
With sympathy,
Sherm & Alice
January 2, 2015
Joan, Mark, David, Ben

We along with many, I'm sure, were not ready for the news. We are back in Vero and both under the weather. We are sorry we can't be there with you - however briefly.

We had so many good times - we were blessed to have you two - "trips we took", "see a movie", "have a bite", "play a few." We would have been richer if we had met you years earlier.

Harvey's example in dealing with his health problems helped me every time I had a little problem.

Joan, we know your burden was heavy _ I have been praying for Harv and Joan for every day for two years --- I will continue doing so.


Mary Ellen and Gene
Mary Ellen/Gene Brady
January 2, 2015
DAVE,REBECCA,BEN and family im so sorry for your loss my love and prayers are with you
amy gross-rockenstire
January 1, 2015
Joan, so sorry to hear about Harvey.you and your family are in our prayers.
Paul and Pam Santandera
January 1, 2015
Joan,
I am so sorry. Harvey was a great person. I always enjoyed the time I spent with him at Bryce. 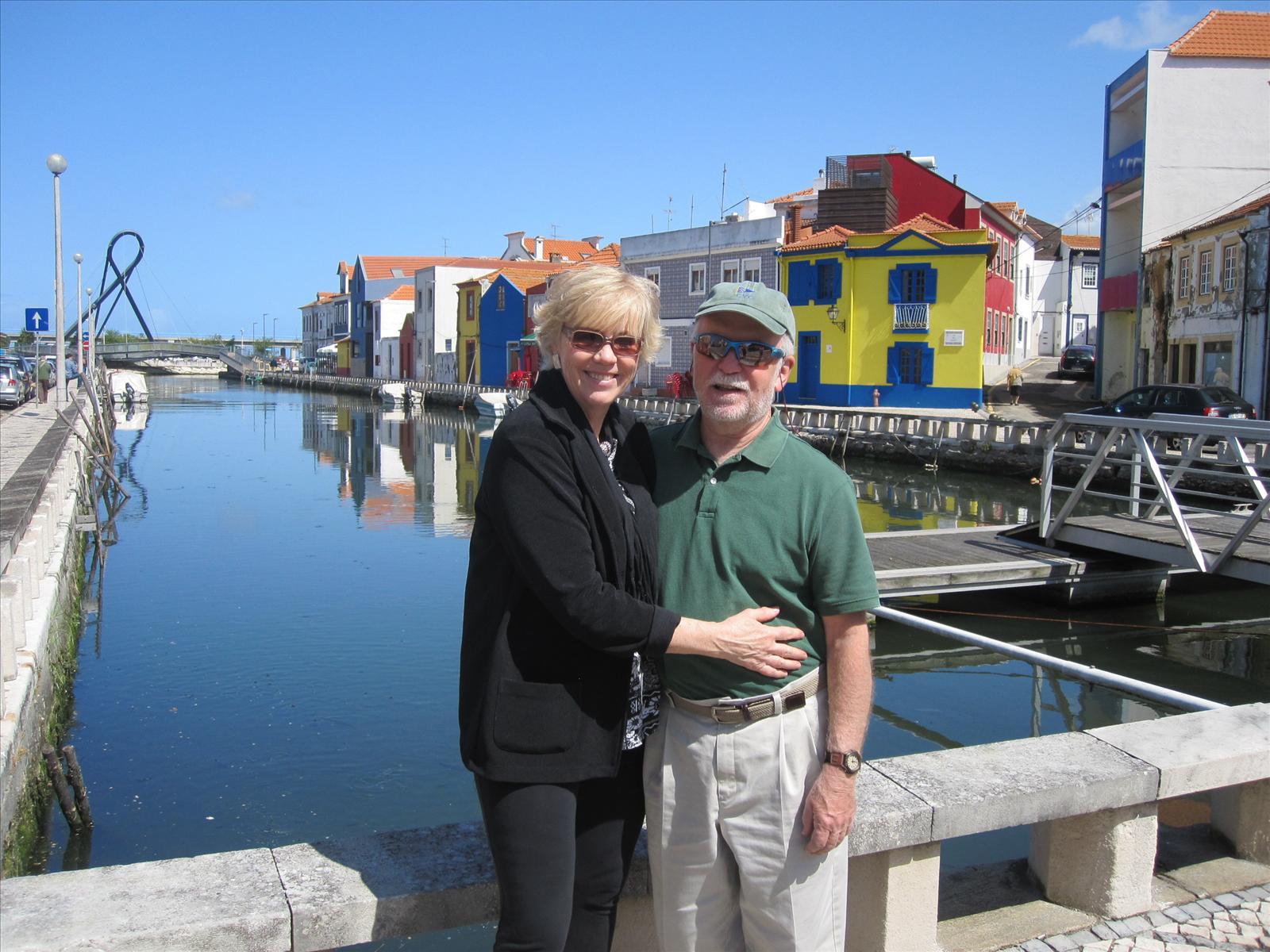 We love you and will miss you Harv.
Bill and Tina Anthony
December 30, 2014
Our prayers and thoughts go out to the Gross family . Harvey was a wonderful person and we spent 2 years together looking for the right house. He always had a smile on his face !! . We know he will be missed . The Osterhout family
December 30, 2014
Joan, Im not sure if you'll remember me, but we worked together at Samaritan Hospital, and after many years of not seeing each other, we met again at Cleveland Clinic as Harvey and my daughter Danielle were both having surgery with Dr Cosgrove. Remember how we hung out together as we waited patiently for surgery day sharing stories and laughs, and lots of Coronas! And then as our two heros went into surgery we were in contact with one another. I will never forget you and Harvey and that time. You and he were such a wonderful support system. I am so incredibly sorry for your loss of Harvey, even in the short time I spent time with him knew immediately he wad a fantastic man husband and dad. Please know you are in my prayers Joan and your family as well.
Kathleen Seymour
December 30, 2014
Sounds like a remarkable man wish I had known him. R.I.P.
Robert Chain
December 30, 2014
Showing 1 - 26 of 26 results