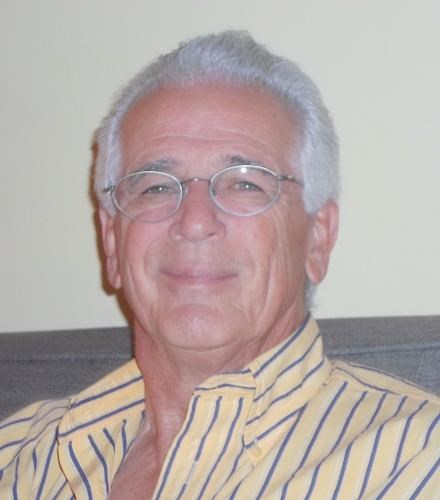 Herbert L. Dunn (Herb), 81, beloved husband, father, stepfather, grandfather, brother, uncle, and friend, died peacefully at his home on Fisher Island, FL on April 13th of glioblastoma. Herb retired in 2001 as Senior Executive Vice President & Director of the Northeast Division of Salomon Smith Barney. His division spanned New England, New York, and the Atlantic Region from New Jersey to Virginia, employed 6,500 people, and generated $1.6 billion in annual revenues. His brokerage industry career spanned 39 years and began when he joined Van Alstyne Noel & Co. as a broker in 1962. Herb moved to Shearson Hammill in 1963 and became the youngest Branch Manager in the firm, and he remained with the company in various management positions for 23 years. In 1983, Herb joined Drexel Burnham as Senior Vice President & Regional Manager for Western Retail Sales. In 1989, he helped negotiate the merger of Drexel's retail division into Smith Barney and became Regional Manager for the State of Florida. With his wife Marcia as a partner, Herb was a philanthropist throughout his life. An avid supporter of his alma mater, University of Connecticut (UCONN), Herb served on the UCONN Foundation Board of Directors from 1998 to 2008 and as an Emeritus Director since. He is a former Chairman of UCONN's Athletic Campaign Committee and former Member of the Campaign Steering Committee. Herb also supported UCONN's Hillel and the Fund for UCONN. He was proudest of funding scholarships for both of UCONN's men's and women's basketball programs, and saw the two teams win a combined total of 15 national championships. He was inducted into the UCONN School of Business Hall of Fame in 2000. Herb was born and raised in Hartford, Connecticut. He graduated from Hall High School in West Hartford in 1957 and from the University of Connecticut in 1961 with a BS in Finance. He married the former Ruth Welt in 1962, and the couple later divorced. Herb and Marcia married in 1994. Herb will be remembered by everyone who knew him for his warm and loving spirit, his generosity and compassion, his optimistic perspective, his wisdom and intelligence, and his curiosity, loyalty, dependability, and infectious good humor. Herb loved and was loved by everyone he knew. He built relationships that were special and that lasted a lifetime. He was available 24/7 to listen, to offer advice, to lend a hand of support, or to share in the joys and sorrows of life for others. Herb was a voracious reader, an avid and accomplished duplicate bridge player, a New York Times Crossword Puzzle devotee, a good golfer, and a collector of fine wines and Asian art. Throughout his illness, Herb was provided the most loving and attentive possible care by his devoted wife, Marcia, with assistance from family and friends, and a remarkable team of home health providers. Herb is survived by the love of his life, his wife Marcia; by his son Scot and daughter-in-law Stephanie Monroe of Atlanta; by his son Matthew and daughter-in-law Jillian of Los Angeles; by his devoted brother Robert of New York City; and by his brother Stephen and sister-in-law Sharon of Harwinton, Connecticut. He was also very dedicated to Marcia's three children and their spouses: Karen Beiley and her husband Eric Fingerhut of Washington DC, Lauren Beiley and her husband David Elkins of Miami, and Eric Beiley and his wife Karen of Riverside, Connecticut. Herb's 11 grandchildren were a source of incredible joy and pride; he was a devoted and loving grandfather to Jackson, Jordan, Adam, Ethan, Jessica, Michael, Samantha, Ryan, Erin, Devin, and Kaylen. Herb also played an important role in the lives of his niece Wendy Kahn of Scarsdale, New York; and his nephews Jeffrey Kerensky of Deerfield, Illinois and Joshua Dunn of West Hartford. Herb was predeceased by his father and mother, Lewis Arthur and Rose Bernstein Dunn; and by his sister, Elizabeth Dunn Kerensky. When Herb was just five years old, he, his mother, and his sister jumped to their safety and were among the fortunate survivors of the Hartford circus fire, one of the worst fire disasters in US history. At this time, there will be only a private, online memorial service conducted by Rabbi Judith Siegal of Temple Judea, Coral Gables, Florida.
Published by Hartford Courant on Apr. 16, 2020.
To plant trees in memory, please visit the Sympathy Store.
MEMORIAL EVENTS
To offer your sympathy during this difficult time, you can now have memorial trees planted in a National Forest in memory of your loved one.
MAKE A DONATION
MEMORIES & CONDOLENCES
Sponsored by the family.
10 Entries
Dear Marcia and the Dunn family,
I am so very sorry to hear of Herb passing. He was my first boss at Shearson. Herb
was a very kind and caring man. My thoughts and prayers are with your family.
Irene O'Connell
Irene Storz
Coworker
May 24, 2021
Herby and I go way back! He was such a wonderful and friendly guy! RIP.
Judy Simons
December 10, 2020
I am just learning of Herb’s passing, and I extend my sincere condolences to you, Marcia, and to all who loved Herb. I have, and always will acknowledge Herb’s influence and support in my life. I was young, inexperienced, and unsure of myself, when I accepted a job at Herb’s branch office in 1981. Through Herb’s encouragement, and mentorship, I expanded my knowledge, vision, and confidence, and today, my life and career in the financial services industry, has been an inspiration to others. It was because of Herb, that I am in CA today, as I was asked to accompany him to work at Drexel Burnham. He was an exceptional man, a great leader, and I thank God that I was privileged to have known him.
Joyce Bond
Friend
December 9, 2020
Dear Marcia,

I am so very sorry to hear of Herb's passing I always thought very highly of Herb during all of our years working together at Smith Barney. Herb was always a consummate professional, a great leader and most importantly, always a gentleman. It was so obvious to Kim and I how much you two love each other! Our thoughts and prayers are with you as well as with the entire family.

May God Bless your family,
Frank & Kimberly Campanale
Frank Campanale
April 24, 2020
Dear Marcia and the Dunn family, Steve and I send our deepest condolences to you and your family at this difficult time. Herb was a terrific guy and a dear old friend. Ruthie and Steve Weisenberg
Ruth Weisenberg
April 23, 2020
Herb Dunn was a good guy and a decent athlete when I knew him in high school days. I knew his sister, Betsy, who lived in Vernon. And, I once double dated with Steve, once. The Dunns were a great family from Penn Dr, in WH. My condolences to his family. You lost a good man.
Len Grossman
April 17, 2020
Herby was a wonderful and friendly guy! I went to high school with him and have very fond memories. So very sorry for your loss. My thoughts and prayers are with all of you.
Judy Simons
April 17, 2020
Dear Steve and Family,

My heartfelt condolences to you all at this sad time. Although we've been out of touch for a very long time, I still do remember those days long ago in the North End of Hartford when you lived on Edgewood St, and I on Vine, and you, Herb and I "played" together along with the other neighborhood kids. Herb was a good kid brother to you. My wife worked with your mother, as an RN, at Mt. Sinai way back then. Hard to forget.

May his memory be for a blessing, and may he rest in peace.
Ellliott & Elissa (Schoen) Donn
April 16, 2020
Dear Marcia, I was so sad to learn of Herb's passing. He was a wonderful person as described in this obituary. I can only imagine how difficult things must have been during his illness and I am certain that your love and attention made his final days so much better. Please know that I am sending on my condolences and will be thinking of you during this difficult time.
kathleen archambault
April 16, 2020
Marcia -- I am so saddened to learn of Herb's passing. I will never forget the kindness and warmth he showed to Vicki and me. Please accept our heartfelt condolences. Michael Konover
April 16, 2020
Showing 1 - 10 of 10 results