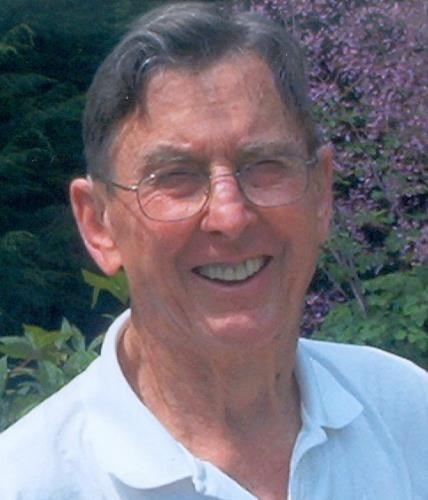 BORN
1922
DIED
2019
John Hicks Riege, 97, of Bloomfield, died July 11, 2019. Mr. Riege was born March 27, 1922 in Springfield, MA., son of Rudolph and Claire (Halsted) Riege. He was a graduate of Phillips Andover, Wesleyan University and Yale Law School. Mr. Riege served with the American Field Service in Italy during WWII. In 1950, he founded the Law firm of Reid and Riege with John Reid. Mr. Riege was involved in many community activities including Hartford Seminary, Knox Foundation, Roberts Foundation, Westledge School, Watkinson School, Renbrook School, Boys and Girls Club of Hartford, St. Joseph's College, CBIA, Phoenix Mutual Insurance Co, State Board of Education, and the Greater Hartford Chamber of Commerce. A consuming interest of Mr. Riege's was Riverfront Recapture of which he was a founder in 1981 and served as President and Chairman of the board. The Asylum Hill Congregational Church was another of his major interests, and he served the church in many capacities. He also tutored inner city children at the West Middle School for many years. Mr. Riege married Virginia J. Swain in 1947 who died in 1991. They had four children, John Allen Riege, Stephen Halsted Riege, Nancy Swain Riege and Virginia Riege- Blackman; five grandchildren, Emma Koch, Johannah Blackman, Jessica Boezeman, Aaron Riege, Meghan Riege; and nine great grandchildren. He is also survived by his wife Sali Godard Riege. A memorial service will be held at a date and time to be announced at AHCC, 84 Asylum Ave., Hartford. In lieu of flowers, the family suggests contributions to be made to the AHCC Riege Memorial Fund, Riverfront Recapture, 50 Columbus Blvd., Hartford, CT 06106 or the Duncaster Foundation, 40 Loeffler Rd., Bloomfield, CT 06002. Online expressions of sympathy may be made at www.molloyfuneralhome.com
Published by Hartford Courant on Jul. 14, 2019.
To plant trees in memory, please visit our Sympathy Store.
MEMORIAL EVENTS
To offer your sympathy during this difficult time, you can now have memorial trees planted in a National Forest in memory of your loved one.
MAKE A DONATION
MEMORIES & CONDOLENCES
Sponsored by the family.
5 Entries
Jack was an extremely bright, kind, personable and focused person. Hartford probably would not have recaptured its waterfront had it not been for Jack's persistence, vision and exceptional Leadership of Riverfront Recapture. I had the privilege of being on the Board and the Executive Committee with him and witnessing first hand his magic. An outstanding man. It was a privilege to know him.
James Vineburgh
August 11, 2019
Mr. Riege was like a second father to me. Very caring, supportive, and helpful. I'll always remember him sitting around the house with a yellow legal pad of paper, joining in the conversations, laughing. He was always "right there" for all.
David Kay
July 24, 2019
I have nothing but fond, happy memories of Mr. Riege. Somehow, he always had a smile for his children's friends, and I have memories that are very dear to me. I'll picture him in tennis whites, toweling off after a swim, or sailing peacefully in handout of the cove. We will miss him and his warm presence. He lived a good life, making a difference to the world around him. Lucky for all of us that it was a long life; a gift

Margie Lord
Margie Lord
July 17, 2019
Such a wonderful man and very special Dad.
I will miss him and cherish the memories of his constant kindness.
Love and hugs to his beautiful family.
Betsie Lord Danforth
July 17, 2019
MR RIEGE WAS A WONDERFUL MAN. I WILL MISS
HIM VERY VERY MUCH !
DAVID MAIN
July 15, 2019
Showing 1 - 5 of 5 results