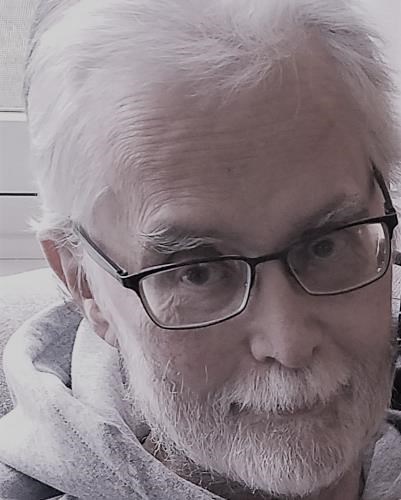 BORN
1953
DIED
2021
Phillip (Phil) Blaine Moberg, Jr., 67, of South Windsor, passed away on Monday, July 12, 2021, at Hartford Hospital. He was the beloved husband of Janet (Dexter) Moberg. Born on July 23, 1953, in Portland, ME, to Phillip Moberg and Mary (Groebel) Moberg. Phil was a proud 1971 graduate of East Jefferson High School in his beloved Metairie, LA. He furthered his education first at UCONN, where he earned his Bachelor's degree in Urban Studies and then Rensselaer Polytechnic Institute, where he obtained his Master's degree in Management and Strategic Business Planning. Phil's passion was fueled by all things transportation: trains, boats, planes, highway design, policy and planning. He worked for the CT State Department of Transportation for 34 years, retiring in 2011 from the Bureau of Policy and Planning. In his younger years, he was active at the Railroad Museum of New England, the Mystic Seaport Museum and the Seashore Trolley Museum. He met his wife Janet while serving on an Emmaus youth retreat weekend in East Haven. Their first date was at an annual members' dinner of the Railroad Museum of New England-naturally. They wed in 1990, enjoying 31 years of marriage. Phil was living the gift of life after receiving a liver transplant in 1999, and he humbly lived out his gratitude for his donor and family, stewarding his health with discipline and care. Jesus was central to Phil's life, and his conviction was unfailing: "The Lord is gracious." He was the embodiment of the prophet Micah's exhortation in that he did justly, loved mercy and walked humbly with his God. In addition to his wife Janet, he leaves to mourn his passing; his mother, Mary Moberg; father, Phillip Moberg, both of Norfolk, VA; sister Dr. Elizabeth M. O'Connor of Easton, MD; mother in law Josephine Dexter of South Windsor; brothers in law Steve Dexter and his wife Jean of Enfield and Bruce Dexter and his wife Stephanie of South Windsor; nephews Michael O'Connor and his wife Kristin of Amsterdam, Netherlands and Stephen O'Connor of Baltimore, MD; uncle, Robert Groebel and his wife Carol of Scituate, MA; cousins Robert Groebel III and his wife Gretchen of Philadelphia, PA, Amy Riley and her husband Brian of Montgomery Village, MD and Mary Groebel of Cohasset, MA; as well as many beloved friends and colleagues. A Celebration of Life service for family and friends will take place on a date to be determined. In lieu of flowers, memorial donations in Phil's memory may be made to the Transplant Program of Hartford Hospital, online at: https://giving.hartfordhospital.org/tributegifts, or mail to: Hartford Hospital, Dept. of Philanthropy, 80 Seymour Street, P.O. Box 5037, Hartford, CT 06102 and designate the Transplant Program, or to the Railroad Museum of New England, Inc., [RMNE Treasurer, P. O. Box 400, Thomaston, CT 06787].

Published by Hartford Courant from Jul. 21 to Jul. 23, 2021.
To plant trees in memory, please visit the Sympathy Store.
MEMORIAL EVENTS
To offer your sympathy during this difficult time, you can now have memorial trees planted in a National Forest in memory of your loved one.
MAKE A DONATION
MEMORIES & CONDOLENCES
Sponsored by the family.
6 Entries
So sorry to hear this. Phil and I spent our careers together at the CTDOT and we always had a great friendship and professional relationship. Phil will be missed.
Keith Hall
Work
October 19, 2021
Dear Janet, my heart goes out to you. Please know I have been thinking of you and sending prayers, With love always, jennifer and Jeremy
Jennifer Karanian Lansford
Friend
August 1, 2021
I was very sorry to hear of Phil´s passing. We met many years ago during one of his visits to the CT Trolley Museum in Warehouse Point and again through CT DOT. Phil was a fine railway historian with a true understanding of solutions for our transportation problems. He will be missed.
Al Goff
Friend
July 27, 2021
I knew Phil for only a short time, through our shared interest in railroading, but I thoroughly enjoyed our exchanges via email. Phil was a great help to me with his historical research of that part of the Transcontinental Railroad that ran through northern Utah, and the route I made for Train Simulator benefitted from it greatly. Along the way, he shared some great stories and a lot of knowledge. Truly a kind and generous person. May he rest in peace.
Mike Rennie (from Scotland)
Other
July 25, 2021
Dear Janet, My thoughts and prayers are with you. Phil was a wonderful soul. He has now taken his place among the angels. Sending love during your sorrow.
Judi Thompson Paige
July 21, 2021
Dearest Janet, May your beloved Phil rest in eternal peace and may the Lord God hold you in everlasting comfort and support. With all of our love and deepest sympathies, Lisa, Bruce and Jean
Lisa Jane Whatmore
Friend
July 21, 2021
Showing 1 - 6 of 6 results