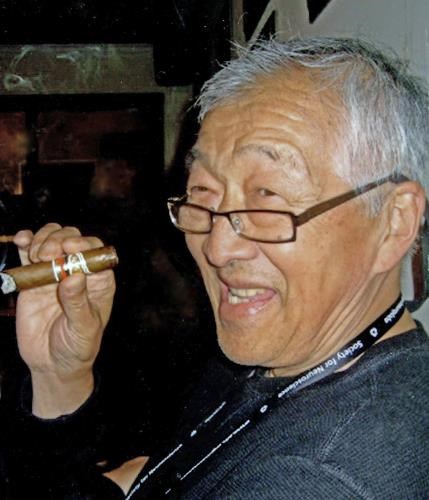 FUNERAL HOME
Cremation Society of Connecticut
807 Bloomfield Ave.
Windsor, CT
Shigeyuki "Shig" Kuwada, 76, of West Hartford, passed peacefully on Friday, May 3rd at home after a courageous battle with cancer. He was born in Tashme, British Columbia in a Japanese internment camp on October 29, 1942 to Hisao "Henry" and Toki Kuwada. His three sisters, Atsumi, Naomi and Terumi were guiding forces throughout his life. Shig grew up in Winnipeg, Manitoba where he met Blanche, his wife of over 51 years. After earning his Ph.D, he spent the early formative years of his career at the University of Wisconsin. He settled in Connecticut where he and Blanche raised their three sons Tim, Jud, and Clinton "Casey" and was a distinguished Professor at the UConn School of Medicine in the field of auditory physiology. He was known for his laid back style and laugh, but also for his exacting work ethic, unwavering principle and brutal honesty. Shig loved his daughter in-laws Karen and Rachel and his grandchildren Maddie, Stella, Lucy, Tyler, Caden, Leah, Peyton and Tucker. Shig had a thirst for knowledge and was a student of life. He was a "jack of all trades" with an impressive range of knowledge and talents. He was usually right, but never in doubt! A master fine woodworker, his innumerable masterpieces decorate the homes of family and friends around the world. Shig will be remembered for his Ramen noodles and love for his family, cigars, drums and poker. The family would like to thank Dr. Timothy Hong, Tiffany Wood, RN and the Hospice team for their excellent and compassionate care. In lieu of flowers, donations can be made to The American Cancer Society and Hartford HealthCare at Home Hospice Care.
Published by Hartford Courant on May 11, 2019.
To plant trees in memory, please visit the Sympathy Store.
MEMORIAL EVENTS
To offer your sympathy during this difficult time, you can now have memorial trees planted in a National Forest in memory of your loved one.
Funeral services provided by:
Cremation Society of Connecticut
MAKE A DONATION
Please consider a donation as requested by the family.
MEMORIES & CONDOLENCES
Sponsored by the family.
13 Entries
An exceptional physiologist and a great friend. We will always miss you
Miguel Merchan
Friend
May 5, 2021
Dear Shig I contacted you at the beginning of this year to tell you I was going to visit you in Connecticut. You told me about your cancer, but I thought it was too soon for you.
Tears are in my eyes, I was specting to see you again.
It was a real EXPERIENCE and HONOUR working with you, I remember you as a REAL SCIENTIST and of course such a funny no boring person.
You will be always in my mind and in my heart.

To Blanche and your sons all my love.
Raquel Riquelme and Miguel
Raquel Riquelme
July 5, 2019
To Shig's familiy,
I am so sad to learn of Sig's death. We overlapped in connecticut when he was a new faculty member and I was post-docing with Kent Morest. I also served on study section with him. In all settings he was a breath of fresh air. A super dedicated neuroscientist and a winning human being. And he was very funny! For teaching he was tasked with learning and teaching head anatomy, always that most difficult region. And he threw himself into learning material that was pretty far afield from his scientific training. He coined a sentence that only an anatomist can appreciate" "you get behind the mandible and you can go forever!"I have quoted him every year of my teaching career! I will always remember Shig. To his family, my sincere condolences.
-Mark Whitehead
May 24, 2019
Dear Blanche and all of Shig's family,

The news of Shig's passing is immensely sad. Shig set the tone for my working life. He taught me about hearing, about computers, about people. His indomitable spirit has always been, and will continue to be, an inspiration. I will always enjoy thinking of his hearty laugh, his enthusiasm, his honesty, and his scientific insights. I treasure the lamp he made that sits in our living room and lights our evenings. I just feel lucky to have known Shig.

Please accept my sincere condolences,
Donata
May 15, 2019
My condolences to Dr Kuwada's family. I met him in several auditory meetings, where he was an essential reference. I always remember his good humor and his love of cigars.
We have lost a great scientist and a great person!
Dolores E. López, Salamanca
May 14, 2019
At one of the ARO meetings in Florida, many many years ago, there was always a lot of laughter during lunch time on the other side of the swimming pool. Clearly the man talking had a lot of listeners and all of them laughing. Asking my husband Philip who this man was he answered Shig, oh he is so funny, so witty, so smart too. Later he started talking to us, our children and we got to know him better, little by little. Then I met Blanche at one of the conferences and we got to spend time together talking about Shig's past, their children, grandchildren, etc. .. He clearly was a great man, in many ways: a good husband, father, grandfather, friend and scientist. The emptiness he leaves behind is there to stay, he can not be replaced. At best, those who were the closest to him, will learn to live with the emptiness, but one can never really get over such a big loss.Therefore, I wish you all lots of strength, may you find comfort in all the good memories of Shig and in each other. Christa Joris-Dils (from Leuven, Belgium)
May 13, 2019
When I first came to U.W. Madison in 1979 Shig, Donata Oertel and I were post-docs in the same lab and from day 1 became friends. Shig was a damn good scientist/colleague and an even better human being/friend. Safe journey Shig!
Philip Smith
May 13, 2019
When I first moved to Madison in 1979, Shig, Donata Oertel and I were all post docs in the same lab and from that first day were and always will be friends. Shig was one of a kind, a hell of a scientist and a hell of a human being. Safe journey Shig!!
May 13, 2019
The best neuroscientist and the best friend. We will miss very much Sigh scientific contributions and generosity. He will be always in our memory.
Miguel Merchan
Miguel Merchan
May 13, 2019
I worked closely with Shig for 3 years when he was at the Univ. of Wisconsin and we bonded for life. He was an outstanding scientist who worked hard but also played hard. The photo captures his personality perfectly, always with a hearty belly laugh for all. He was a one-of-a-kind. I will miss him dearly. My condolences to Blanche and his extended family.
Tom Yin
May 12, 2019
Though he was a few years younger than me, I remember him & his family well, growing up on the same street in Winnipeg. My condolences to the rest of the family; you are in my thoughts!
Adele Clarke
May 11, 2019

He was a good and fine man. A scholar and a student, he was unique without being solitary. He was honest, exacting and plain spoken. I knew him only as a colleague but he was admirable. It is not just that he is gone, it is that there are few like him to take his place.
Joel Levine MD
May 11, 2019
I am so, sorry for all he and his family went through during WWII and sorry for your loss. He sounded like a wonderful man, despite his hardships and yet went on to do so, much in life. God bless all of you.
Judy
Judith Willett
May 11, 2019
Showing 1 - 13 of 13 results