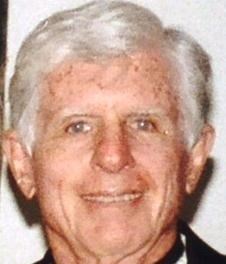 William Norman Gardiner Sr., age 81, of New Canaan, CT formerly of Hartford, South Windsor and Old Lyme died Friday evening, August 28, 2015 after a long illness. Born in Hartford, CT September 29, 1933, he was the son of the late Susan and William Gardiner. William was the husband of Concetta "Connie" (Mangiafico) Gardiner. Bill went to high school at Holy Trinity in Hartford CT and received his Masters from the University of Connecticut and was an avid UCONN fan of the men's and woman's Basketball teams. Bill spent 37 years working for the City of Hartford and retired in 1997. Bill enjoyed playing golf, watching old movies and spending time with his family. In addition to his loving wife of 62 years, survivors include three sons, Michael P. Gardiner and his wife Becky of Canton, CT, William N. Gardiner Jr. and his wife Judy Larson of New Canaan, CT and Bryan M. Gardiner and his wife Cheryl of New Canaan, 10 grandchildren Nicholas, Tricia, Michael, Brooke, Colbey , Riley, Michele, Robin, Christopher and Amanda, his niece Joyce Woods and her husband Richard, and nephew Dominick DePaolo also survive. He was predeceased by his sister Dorothy and three brothers, Ernie, Elmer & Russell. Private funeral services were held at the Hoyt Funeral Home, New Canaan. There will be no calling hours. For online condolences visit www.hoytfuneralhome.com

Published by Hartford Courant on Sep. 2, 2015.
To plant trees in memory, please visit the Sympathy Store.
MEMORIAL EVENTS
To offer your sympathy during this difficult time, you can now have memorial trees planted in a National Forest in memory of your loved one.
Funeral services provided by:
Hoyt Funeral Home
MAKE A DONATION
MEMORIES & CONDOLENCES
Sponsored by the family.
2 Entries
Bill was like a father to me, who loved me like his own daughter. His bold personality and fierce love of his family will be greatly missed. I enjoyed teasing him at any opportunity, as he did me. I was lucky to know him for 25 years, but I will remember him for a lifetime...I love you Bill.
Cheryl Gardiner
September 2, 2015
Dear Connie, Michael, Billy & Brian,

I am so sorry for your loss. I know how close you were as a family. My thoughts and prayers are with each of you. May Bill rest in peace now that he is no longer suffering. God bless you all!
Cynthia Lawlor
September 2, 2015
Showing 1 - 2 of 2 results