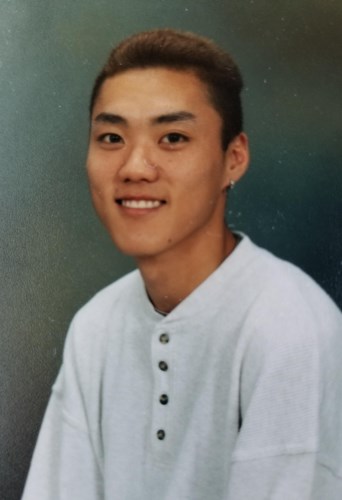 David M. Coan passed away suddenly early on the morning of August 10, 2021. He collapsed while walking his dog on a quiet shady street near his home. David was born in Korea on January 2, 1980. He was welcomed as a son and brother into the family of John and Patricia Coan in April 1986.

David attended Everett Schools K-12 and graduated from Cascade High School in 1999. He served in the US Army as a Chemical Ops Specialist 2005-2011. During his time at Fort Lewis, he was a member of the honor guard for the funerals of veterans.

David was always interested in the medical field and was weeks away from completing a Health Sciences Certification Program in Phlebotomy at Edmonds College. He was generous and empathetic and enjoyed meeting people and exploring his surroundings. David volunteered at PAWS where he adopted his beloved dog, Mack. He liked educating himself on current events and was very knowledgeable about professional sports.

He also enjoyed learning about his Korean heritage. He traveled to Korea several times with family and friends. He loved to cook, especially Korean food, and had perfected his Kimchee recipe.

David was an organ donor, and the family was honored to donate his brain to a research program at the UW studying the effects of explosive sound waves on vets who served in Kuwait and Afghanistan.

He is predeceased by his grandparents and his Uncle Jim. He is survived by his parents, John and Trish; brother Greg Coan; sisters Monica Coan and Gina Kusumoto (Craig); nephew Alex; and niece Emily.

A funeral service will be held at St. Mary Magdalen Church, Everett, on Friday, September 24, at 11:00 AM. Graveside Committal and Honor Guard will follow at 12:00 at Evergreen Cemetery. No reception due to Covid concerns.

January 2, 1980 - August 10, 2021
Published by The Herald (Everett) from Sep. 19 to Sep. 20, 2021.
To plant trees in memory, please visit the Sympathy Store.
MEMORIAL EVENTS
Sep
24
Funeral service
11:00a.m.
St. Mary Magdalen Church
Everett, WA
Sep
24
Graveside service
12:00p.m.
Evergreen Cemetery
WA
MAKE A DONATION
MEMORIES & CONDOLENCES
3 Entries
I'm sorry for your loss. Your family is in my thoughts and prayers during this difficult time.
Stacy McHarness
October 2, 2021
Strength and comfort to you as you grieve the loss of David. We are deeply sorry to read of David´s death.
Barbara and Bruce Eklund
September 22, 2021
Glad to have walked a few steps together, David. May your legacy be one of peace and faith. My condolences to your family.
Msgt J. Gadek, USAF (retired)
September 19, 2021
Showing 1 - 3 of 3 results