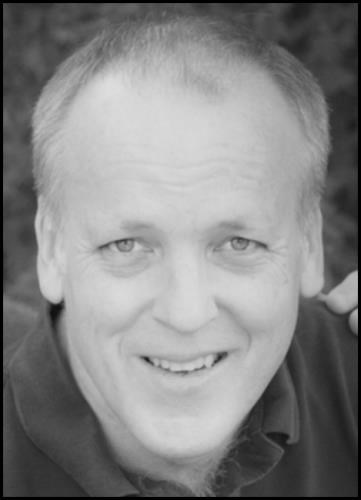 BORN
1964
DIED
2018
May 13, 1964 - March 20, 2018 On March 20, 2018, Frank LeRoy McDaniel, lifelong resident of Lake Stevens, WA and owner of Lake Stevens Mini Mart, passed away peacefully at his home surrounded by his wife and two sons after a courageous battle with stage 4 colon cancer. Frank was born to Gary and Arlene McDaniel of Lake Stevens, WA on May 13, 1964. He graduated from Lake Stevens High School in 1982. After graduating, Frank purchased the Lake Stevens Mini Mart, where he became very well-known in the community. He would often be seen walking to the bank and post office in downtown Lake Stevens. Frank proudly served as Lake Stevens Sewer District Commissioner and was an active member of Lake Stevens Lions Club. Frank was an outstanding member and supporter of his community. He loved Lake Stevens and was a dedicated family man. Frank liked going to movies, boating around the lake, and vacationing with his family. He enjoyed spending time with his wife on hikes, supporting each other in attending city council and sewer district meetings, and watching their favorite TV and Netflix series. In his free time, he played basketball and cards with cousins and friends. He was most proud of his sons and loved being their assistant soccer coach, seeing their academic achievements, and taking them on fishing trips with their grandfather, Gary. Over summers, he enjoyed participating in running events with his family such as Aquarun. Frank loved to cook and some of his favorite foods were mashed potatoes, prime rib, and his homemade spaghetti. He also had a sweet tooth; a few of his favorite candies were plain M&M's, Campfire Mints, 3 Musketeers, cinnamon bears, cinnamon red hots, and Brach's candy corn. He was an avid Pepsi fan, and would always bring his well-known Posey Cookies to family gatherings. He was preceded in death by his father, Gary LeRoy McDaniel; and is survived by Rauchel, his wife of 24 years; his sons, Andrew and Zachary; his mother, Arlene Amanda McDaniel (Carlson); his sisters and their husbands, Kris and Chad Bitnes, Tami and Rich Bloor; his brother, Shane McDaniel; and 11 beloved nieces and nephews. In lieu of flowers, donations may be made in Frank's honor to the Providence General Foundation Cancer Patient Assistance Fund. A memorial service will be held Sunday, April 8, 2018 at 1:00 p.m. at the Lake Stevens High School Performing Arts Center – 12908 113th Avenue NE, Lake Stevens, WA 98258.

Published by The Herald (Everett) from Mar. 30 to Apr. 1, 2018.
To plant trees in memory, please visit the Sympathy Store.
MEMORIAL EVENTS
Apr
8
Memorial service
1:00p.m.
Lake Stevens High School Performing Arts Center
12908 113th Avenue NE, Lake Stevens, WA
MAKE A DONATION
MEMORIES & CONDOLENCES
16 Entries
He was the best boss I ever had. He had so much patience and compassion. I loved working for him. Great person.
Sheri Anderson
Friend
August 23, 2019
Frank seemed to have a good heart, and cared about his fellow man. His grandma Evelyn's greatest wish was that all her loved ones would be in Heaven with her one day. Some of those family members still have some work to do. RIP Frank.
April 8, 2018


We are all so sad about your loss. He was such an asset to the community.
Lion Karen Fern and Granite Falls Lions
April 7, 2018
So sorry to hear about Frank. You and your family are in our prayers.
Kim
April 7, 2018
Rauchel and family, I was so saddened to learn of Franks passing. I always enjoyed visiting with Frank, either at the Mini Mart, or bumping into him at the bank. Frank always called something the way he saw it, and that always made for a refreshing conversation. I feel like Franks passing is not just an uncomfortable loss for your family, but for our entire community. Frank was known by everyone, his participation with the Lions Club and community events made him very well known. My deepest condolences for your loss. God Bless.
Sam Bryce
April 6, 2018
Frank was a Lake Stevens icon and he will be greatly missed by all who ever had the pleasure of meeting him. Rest in peace Frank.
Elena
April 5, 2018
In loving memory of a wonderful man snd friend. May God be with you .
Dennis & Juanita Strootman
Friend
April 5, 2018
Please accept our deepest sympathy Rachel, our prayers & thoughts are with you and your sons. Frank was a wonderful person and we are blessed to consider him a friend. Dennis & Juanita Strootman
Dennis & Juanita Strootman
Friend
April 5, 2018
So sorry to hear this news. I remember Frank from when I worked at the Lake Stevens Mini Mart . . such a nice guy. My prayers for your family.
Nina Carncross
April 4, 2018
Sorry for your loss.
Rusty Tastad
April 2, 2018
We are so saddened to hear of Frank's passing. I will always remember his quiet manner. Many times when I would be working late at Lakeside Realty he would pop in to make sure I was okay & sit down for a chat. He'd say to me with a chuckle - "here we are owners of our own businesses & we're the idiots working late".
I'll remember my friend with a smile on my face & a light in my heart.
Our deepest condolences to Rauchel & family.
Love from Ellie Brubaker & family
The Brubaker family
April 2, 2018
What sorry news this is. Frank and I worked out at the same club when he was a teenager. He was calm, very determined, and just a real good kid. Years later his store was one of my customers, and of course I always saw him around Lake Stevens. He never changed, always the same kind, thoughtful guy-quick with a chuckle or a laugh! A very fine man. God Bless.
Ray and Susan Johnson
April 1, 2018
Such a great guy to joke around with. You will be greatly missed, Frank.
Alayna
March 30, 2018
So sorry to hear about Frank's passing. I always looked up to my older cousin and enjoyed visiting with him whenever I had an opportunity. My heart is heavy today.
Beth McDaniel
March 30, 2018
Gonna miss you buddy, happy to have graduated high school with you that Deca class did us wonders huh! My family has enjoyed the memories with you and your family. We miss you.
With love, Susan Kaintz
Susan Kaintz
March 30, 2018
I am so sorry.Frank was such a great person.I really will miss those great conversations at the mini-mart.
Jim
March 30, 2018
Showing 1 - 16 of 16 results