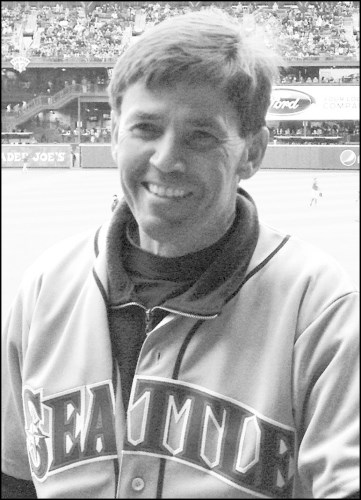 BORN
1952
DIED
2020
FUNERAL HOME
Beck's Tribute Center
405 5TH AVE S
EDMONDS, WA
April 26, 1952 - March 28, 2020 Howard Paul Benzel, 67, died unexpectedly on the afternoon of March 28, 2020. From the day he was born until the very end, there was hardly a moment to spare. He was a dedicated husband, grandfather, and father of two, salesman (a good one), golfer, angler, questionable driver, handyman, jokester, and consummate host to family and friends. He died too soon in life and had so much more to accomplish. As with most stoics with a strong work ethic, there were never enough hours in the day. But when the day would near its end – when he'd ask "What's your pleasure?" meaning it was time for a cocktail and to watch our beloved, but beleaguered, Mariners go down by four in the bottom of the third – he'd often toast you by saying, "Here's looking up your address." (Debate remains as to the exact meaning of this expression.) These moments were just as important as any of the many nagging chores that wouldn't fix themselves. There was always tomorrow. Howard was born on April 26, 1952 in Walla Walla, Washington, and learned early on the value of long, tiresome days. He spent summers harvesting wheat fields inside noisy tractors and under hot sun – no earplugs and no sunscreen probably was the reason why his hearing was nearly shot and why oftentimes the back of his shoulders would look like burnt toast. His refusal to take precautions to avoid unnecessary mishaps is a source of confusion to all that knew him. Call it stubbornness or, well, it was stubbornness. Whatever, that was Howard. He graduated college at Central Washington University with a degree in Recreation, which perfectly prepared him for a long career in electrical distribution sales. And he was good at it, too, working his way through WESCO, bidding for the user call contract with Boeing, and eventually opening his own distribution business. His career of mostly independent work would wind down in 2014, but the busy days didn't stop. He maintained an active life even in retirement, managing rental properties, golfing, fishing, and finally getting to enjoy the often-neglected pleasures in life, like travelling and leisure reading. He was known on the east side of the Cascades as Paul, and here on the west as Howard, but no matter the name, the characterizations were always the same: dependable, funny, smart, honest, motivated – the list could go on. He was a father involved in his kids' lives, a caring son, father-in-law, brother, uncle, a loving and dedicated husband and playful grandfather, who could even exhaust an energetic six-year-old with wrestling bouts on the couch. His absence has been felt far and wide. His friendships, both personal and business, spans coast to coast. One thing's for certain, the work doesn't stop – not until the sun sets beyond the Olympics. What's your pleasure, old man? We'll bring the Crown Royal this time. A celebration of his awesome life will be announced when friends and family can come together in an area less than six feet apart.

Published by The Herald (Everett) on Apr. 14, 2020.
To plant trees in memory, please visit the Sympathy Store.
MEMORIAL EVENTS
To offer your sympathy during this difficult time, you can now have memorial trees planted in a National Forest in memory of your loved one.
Funeral services provided by:
Beck's Tribute Center
MAKE A DONATION
MEMORIES & CONDOLENCES
15 Entries
Just saw this, so sorry
Brian Berger
November 22, 2021
May God bless you and your family in this time of sorrow.
James Pollock
Acquaintance
May 2, 2020
Our deepest condolences goes to Denise and the kids and grandkid(who Howard doted on). We were fortunate enough to golf together and play on the T-Bone classic. I served on the board of EGCC with Howard and will also remember his solid input (even ii w
didn't always agree). It's was to early for Howard to go when he was at the point of enjoying all his efforts!
Paul and Joanie Thompson
April 28, 2020
I used to babysit for Howard and Denise and I remember they let me drive their brand new car while I still had my learner's permit. They are such a lovely family, I am beyond sad this happened to such a wonderful person and I hope wonderful memories stay in daily conversations.
Shanie
Neighbor
April 19, 2020 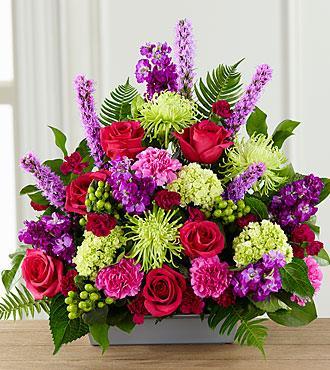 Noreen Thomas
April 17, 2020
Paul and I go back to kids in Walla Walla.Paul was always a good guy and friend.Paul had a great smile and attitude towards life.So sad to,hear of his passing.Best to the family,Dale and Nanette Proctor

Yakima,WA.
Dale Proctor
April 16, 2020
There are not enough words to express the sadness. The world has lost a husband, father and dear friend. But heaven has gained a mighty Angel.
My heartfelt prayers and thoughts are with you and your family Denise.
Blessings on you and yours.
Joy Greenway
April 16, 2020
There are no words. My eyes fill with tears as I write this. Howard was definitely one of the good ones and he and Denise are forever etched in my memory as one of the many, many reasons I loved working at EG&CC. He treated all with kindness and respect, regardless of their position. I offer my deepest and most sincere sympathies as well as my heart to Denise and all family and friends of Howard. I pray for peace for all of you and hope you will find comfort in knowing that he was so highly regarded and touched so many lives. <3
Stacey Resch
April 15, 2020
Our condolences to the Benzel family. It is sad to lose one of the good guys.
Mike and Kris Hansen
April 15, 2020
I rented office space from Howard and Denise until Jan 2019. Landlords? Technically I guess. Friends? No question. Howard was one of the funniest people I had the pleasure to call a friend. He had that special knack of saying something and waiting for the reaction with a grin on his face. Hugs to the whole family from the Halls.
April 15, 2020
Howard growing up as a kid you were always so nice to my twin sister Emily and I, and I remember it was like yesterday when you handed me youre old baseball glove to use and also a skateboard! I know you and my dad were great long time friends and you and youre family will always have a special place in our heart! You will be missed Howard always and forever!
Alex
Friend
April 13, 2020
Heaven will be in tizzy now, with Howard up there with Rob and and Mr. Smith and the big G. What a group. As they watch over us, we know we will see our love of our lives again.
shirley taylor
April 13, 2020
Very saddened to hear the news of Howard's passing. Although it has been several years since I last talked with Howard, I always felt a deep friendship with him. I was a Buyer at Boeing and I first worked with him when he was with WESCO and later his own business Smith and Benzel. I recall a story back 2003 when Howard accepted my invitation to play on my team in a scramble golf tournament my organization had every year. Howard was my ringer you see. He of course led us to a first place finish that year. He was an amazing man and a good friend and will be missed greatly. My heart goes out to his family at this time. Gone too soon but not forgotten.

Paul Curtis
Paul Curtis
April 12, 2020
He was a great human being and there is a huge hole in this world now that hes gone. If you met him, you immediately liked him. He was special. Deepest condolences to his wife and children. Loved you Howard.
April 12, 2020
I met Paul (Howard) on a crisp, sunny, fall day in 1972 at Central Washington University. As a 'pick up' game of basketball began it was my job to guard Paul. I remember being so impressed by his competitive nature and hustle. Somehow that day I knew in my heart that this eastern Washington young man and I would be lifelong friends. There were countless times when he would make us all laugh and smile. Above it all Howard was just a wonderful friend and family man. Our lives will not be the same without Howard. I will never forget my friend and will always hold his memory dear in my heart. Denise, Bre, and Quin know that we all love you and know that you are in our hearts and prayers. God bless you Howard! I look forward to the day we meet again.