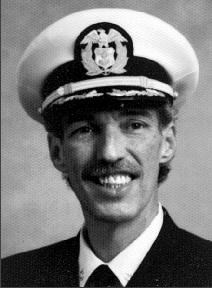 Niels Peter Borg, born November 11, 1944 and always known as "Pete", passed away on August 18, 2010 from a head injury sustained in a fall in his driveway.
Pete was a musician and played bass with The Dynamics for several years during their international recognition.
He built a 40' sailboat -the "Florence M" - and sailed her to Honolulu where he lived and worked with his boat.
Pete was an accomplished painter. He was a member of the senior citizens group in Everett, WA for whom he painted and to whom he gave a huge Northwest painting, enjoyed by many, a gift to his "clubhouse".
He was always accompanied by "Muffin", his little Shih Tzu who now lives with a friend of Pete's since the second grade.
Peter had an inborn quality of making other people feel good. He will be missed by many.

To plant trees in memory, please visit our Sympathy Store.
Published by The Herald (Everett) on Aug. 25, 2010.
MEMORIAL EVENTS
No memorial events are currently scheduled.
To offer your sympathy during this difficult time, you can now have memorial trees planted in a National Forest in memory of your loved one.
MEMORIES & CONDOLENCES
30 Entries
As we all get older, we tend to remember the highlights and fun times of when we were young. I remember my years with The Dynamics as some of those times and Pete was such a blast to have as a band mate and friend. The memories of those times are ones I will carry with me. Always.
Harry Wilson
Friend
August 19, 2019
Pete's gone? Not from our hearts.
I think it was 1999 sometime and we were telling sea stories etc. and he casually mentioned the fact that he had another nick name "Lucky Pierre"...Honest to God, he said he'd driven over a 300 ft. cliff accidentally in a Volkswagen Van and landed on a pile of woodchips and something else, then drove out of there back to the top, picked up the other two people (which will remain unknown until they step up to being part of this adventure). I swear this is true...all this before mentioning that Pete always impressed me because he was always a soldier but not always recognized as Pete Borg of the Dynamics, a true member of the Northwest Rock and Roll Hall of Fame.
Pete was my accidental brother from another mother that has always reached out to struggling artists...I was a beginning astrology student and practicioner, and was aspiring to be the greatest..family got in the way..During this time, there was an occasion to meet Marwayne's son Pete, not at The Farm, but on his boat (Pete was building a cement bottomed boat that would sail the seas, and it did). I was in a senior drum corps and was taking the Kingston Ferry so Marwayne asked me to stop by the boat site and if he needed some bucks give it to him for her. I met Pete, he didn't seem to be in need..so returned the bucks. From then on we talked and sometimes interacted on this and that.
Pete was a man of extraordinary talents. Most of us knew that first and foremost he was a great musician.
Pete was also a very courageous Seaman.
He carried the rank of Captain and scrambled eggs. He was a very knowledgeable and courageous Seaman and Shipmaster...he earned the title of Captain and I respected him for it.
He not only skippered his own boat, The Florence M. across the Pacific Ocean to Hawaii and back. He also skippered a ship for the US Coast Guard in extremely rough seas successfully. I said to him before the trip that I'd sailed the seven seas and was up to the trip as ship's cook and able seaman..he said no..I said OK. (Phew!) He did it and it was rough (there were witnesses). I did know the folks that manned the crew but I don't remember right now.
Pete was Christian Minister and was a confessed God fearin man among men. Pete was a hell of a man, he will be very missed by so many.
Just because I used all this space for Pete, this is only a bit of Pete. His mother and step-father (Marwayne and Jim) and his sisters know many other sides of Pete/Lucky Pierre. I am aware of many of them but that is their story.
I'll miss Pete and am saddened he is gone. I'm sorry this could happen to such a cherished mother and father. God bless them.
Marwayne, Jim and Family, my wife and I are approaching thirty years married with 4 kids an one and half grandkids. You have had a very important part in all our lives. You are so very loved. We are deeply sad for your loss, and ours, too. We pray that God will give you the peace and strength you need. God bless you always and forever.
Love always,
Clyde&Nancy, Sonia, Laura, Eddie & Marki & Cameron & new one, George & Kacie.
September 20, 2010
Another Brother, gone...
Peace Peter
Peter Madsen
September 20, 2010
Peter, you were a light of culture to all your friends and penetrated the negativity of the world with a pure creative heart. You are deeply missed but I know you're still here in spirit.
Larry Coryell
September 19, 2010 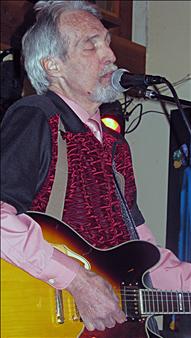 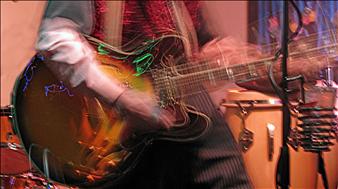 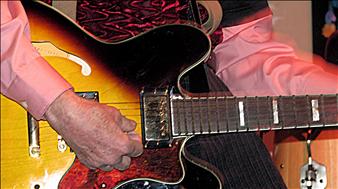 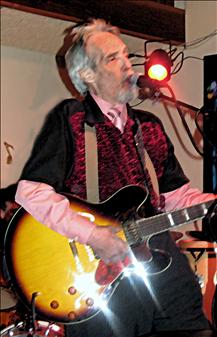 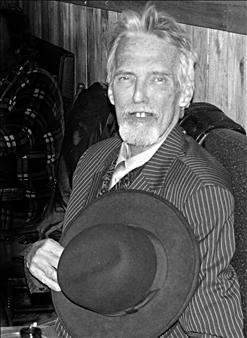 (Sorry ,no spellcheck)
Gordy Messier
September 14, 2010
Lucky Pierre! We shared Great Fear and Exultation travelling thousands of miles at Sea together. We chased Girls and were very Broke together. We spent amazing times aboard Florence M and you married my beloved Jeanne and I. You are like my Brother and I miss you. Always in my Heart.... (That picture looks good of you wearing MY hat!) Capt.Larry Roxby
Capt. Larry Roxby
September 8, 2010
You are a huge musical talent and a sweetheart of a guy who touched many people along your way. We had good times and good music with you. You are missed.

- Andy Aldrich
September 6, 2010
I didn't get to know you well, but from what I knew, I liked very much. If you're listening, let this candle remind you of the light you were while here on earth. You are missed, yet your impression of loving life and people lives on.
Anne Stein
September 6, 2010
Reflections on my friend Pete Borg conjures up so many
great memories of events and times with the Dynamics
and the JH Big Blues Band. What I remember most was your passion and sense of aesthetics. The support you extended to all musicians who were trying to be creative was unparalleled in the early days. Pete, you are a light filled beautiful being. I'm fortunate to have shared some time and-- YOU will be missed. 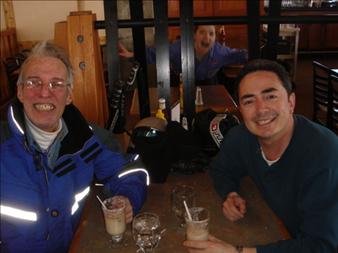 You were one of a kind and we loved you so much and you will be missed tremendously...by your friends, family, Muffin, and everybody who ever met you!!

The King Family
Lisa King
September 3, 2010
Thank you Pete for all the music history you shared with me and my friends - I still have you on several dvd's playing w/uncle Gordy!
Tammy Valley
September 1, 2010
So long Pete,
I hope you,Bruce and Mike are "jammin".
I'll miss you
Ralph
August 30, 2010
I didn't know you well, but the day I heard you play bluegrass guitar I grasped the depth of your talent and passion. God respects you when you work, but he loves you when you sing. I hope you're singing now.
Doug Hastings
August 28, 2010
Peter Borg,
My friend and brother from another
mother. I have not been in touch as much as I should with someone that has been a big part of my life especially in the past. As well as one of my favorite bass players and brother in arms in "The Dynamics" we shared some great personal experiencces as well. Many of which I shall never forget. May God keep you and bestow upon you the blessings you deserve.
R.I.P.
Ron Woods
Ron Woods
August 28, 2010
Thank you, to whom ever you are creating this guest book. I will be back with many stories and pictures. Margaret Delaney, Pete's life time friend, wife, love, and soul mate.
Margaret Delaney
August 27, 2010
Your friendly spirit and kindness to me from the time we met
back in 1962 will always stay with me.
Nor will I forget your major league talent, and your contribution to the Northwest Music scene, which will live on.
Rest easy, Pete.
Jeffrey Beals
August 26, 2010
Pete - we lost you too soon. I am grateful for the years we had together with The Dynamics - ah, the memories. What a blast reuniting for the opening of the EMP and all the rehearsals leading up to it. You were so much fun to be around and I will always treasure those times. Thanks for the memories, my friend. I will miss you. God speed.
Harry Wilson
August 26, 2010
I first met Pete through his mom, Marwayne, back in '78. I was a musician playing in Alaska and she was an astrologer doing speaking engagements there. We met in a hotel dining room and eventually, before her stay in Juneau was over, she had met the entire band and asked us to stay with her in Martha's Lake after our tour was over. We took her up on her offer and that is when I met Pete. I remember seeing the boat he was building in "mom's back yard" not long after the cement was dried on the hull and the decks were brand spanking new. He remained a good friend as I eventually moved to the Seattle area in 1983. I missed the launch of the Florence M. but was there in dry dock in 1985 when he painted the hull stripe banana yellow, and sailed aboard her during those years before he left for Hawaii. I'll miss you Pete and I'm sorry I moved away and lost touch the last 10 years but I'll remember your smile,your kind words, your huge heart and for being a treasured friend and a very talented guy.Thanks for the memories, Pete. Vaya Con Dios buddy! See you later.
Bruce Aiken
August 25, 2010 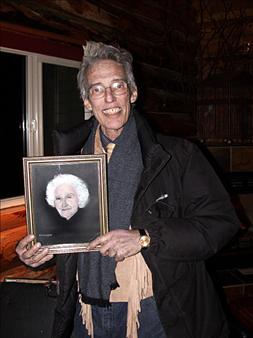 Pete will be missed by many. He had a style unlike any other and talents-Many. Pete was my very first date. We went and saw "Little Big Man". He then made me an authentic looking leather indian dress and horsehair and shell necklace. I will treasure them forever. I will miss his Music and his Smile. You will always be in my heart. Nancy Messier
nancy messier
August 25, 2010
As a Dynamic, you took time to teach Don MacAllister how to play bass. You taught him well. You did stellar work replacing Kerry Magness in The Kingsmen. You added great bass support to Dave Press in his last years. Say hi top those guys for me. I'll be along one of these days.
Steve Lalor
August 25, 2010
May your rewards in the afterlife be just.
August 25, 2010
Your talent and humor will be greatly missed. Fair winds Peter.
David Coulter
August 25, 2010
Showing 1 - 30 of 30 results