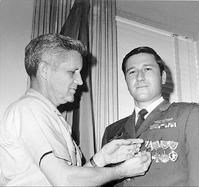 Published by Houston Chronicle on May 15, 2016.
To plant trees in memory, please visit the Sympathy Store.
MEMORIAL EVENTS
May
18
Funeral
2:30p.m.
Houston's National Cemetery
10410 Veteran's Memorial Drive, TX
MAKE A DONATION
Please consider a donation as requested by the family.
MEMORIES & CONDOLENCES
15 Entries
Fred was one of the best pilots I had the honor of flying with in Laos (1969)
Russell Flowers
Friend
May 9, 2021 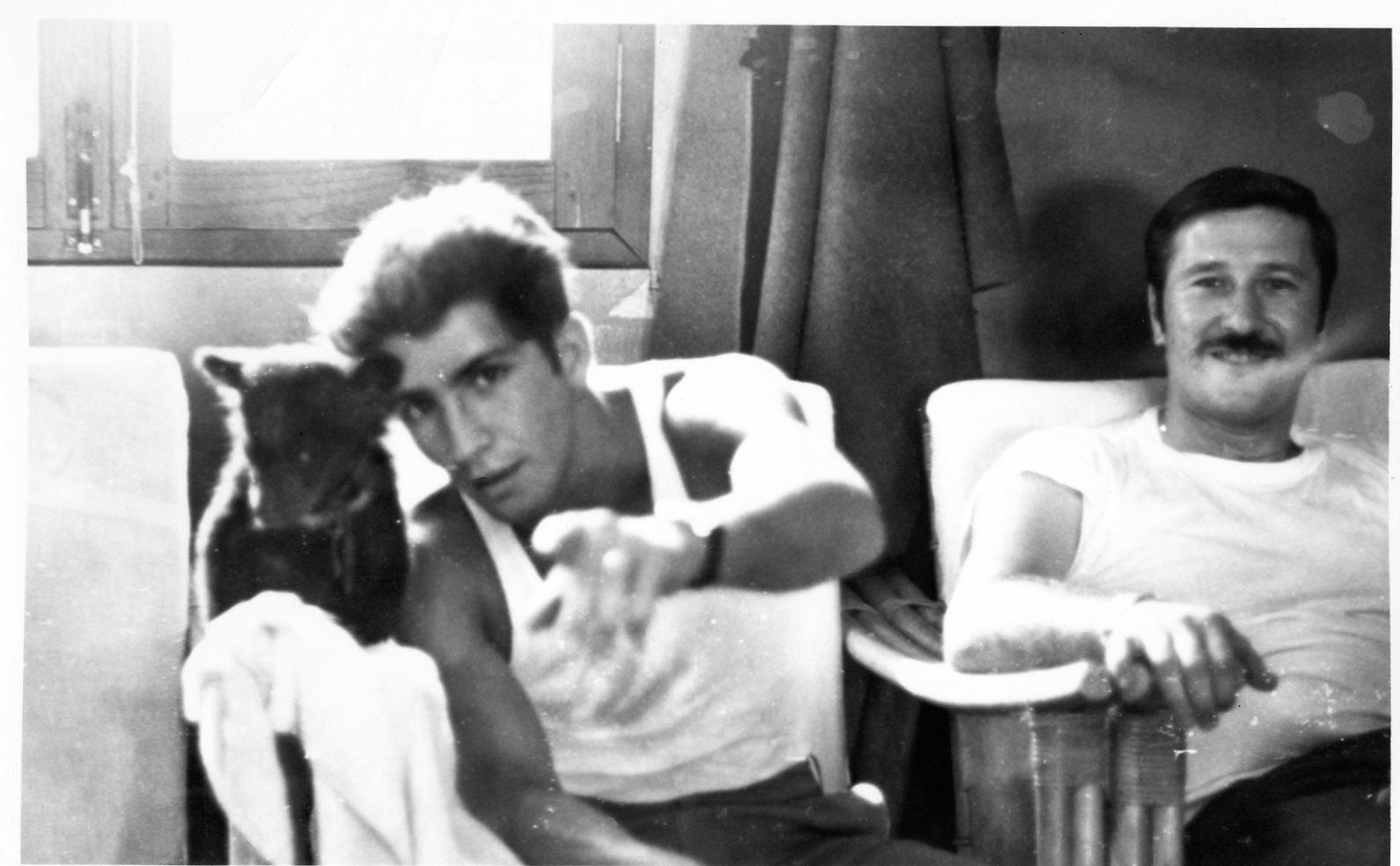 My condolences to a special man. I was an aircraft mechanic who took care of his plane and flew backseat with him a few times. We both took care of Ho Chi, the pet bear cub. One day after we landed, he was still ranting about how they shot his cigar in half. I thought he was kidding till I saw the bullet hole in the unopened right window. Now I laughed and he said something like, You think it's funny, look up. There I saw where a bullet had come up through the floor and out the top past my face. If I was leaning forward at the time, I'd be a goner. I have more memories and pictures of our Raven days at LS-20A. Rest In Peace Fred. Al Gargas, CMSgt, USAF, Ret.
Alexander Gargas
June 22, 2019
Having only researched, read about, and have seen his 'Party Suit' in the WPAFB Museum, and realize we have lost a true, colorful, courageous, and motivated 'Hero.' 'God Bless' Fred and his remaining legacy !
D.A. Lahut
December 21, 2016
Fred became a family friend when he was stationed at LAFB in Laredo, Texas. My father has served as a Captain in the Army Air Corps during WWII as a navigator flying out of North Aftica and giving the pilot "a direct heading to the Cadillac Bar in Nuevo Laredo on their way to bomb the Nazis. He and Fred had much to talk about during those long hot South Texas evenings.

One week-end, I came home from U.T. to find two baby ocelots perched on the shelf in my closet. Fred had bought them from someone on the side of the road. They did get a good home, cute big eyed wild cats that they were.

We met up again in Omaha, Nebraska, where I was working for an outfit that housed returning soldiers, injured in Viet Nam who had subsequently become addicted to pain medication. He was as always a bright spot in an otherwise bleak environment. He had a way of making the toughest spots seem like just another adventure.

Later, after he retired due to his injuries, he came back to Laredo for a reunion. We all stayed up most of the night listening to his and friends' stories. Everyone was so engrossed in the narrative that we almost burned down the host's house. Fred and I wondered why anyone would want to light the fireplace in Laredo anyway?

I rue figuring out how to use Google to "search" for Fred today, but I'll say that he will live on in this heart as long as it tickety tocks.

Love and light, Fred, forever, Jan Ligarde
Janelle Alíse Ligarde
September 27, 2016
Fred was one of several pilots that I had the honor of flying with (as a back-seater) in Laos back in 1969. He was a good friend and actually came here to Biloxi to see me and my wife some years ago. Spent some time with him and we gave him a ride to the airport. Now he is on his final flight and this time he wont crash land or be shot down.
Russell Flowers
July 25, 2016
Fred and I were crew-mates and room-mates at his first flying assignment which was the B-52 G model at Blytheville, AFB Arkansas. I was the Navigator on the crew and Fred was the Co-Pilot. It was always a thrill for me to sit downstairs in "the closet" after a 9 hour mission letting Fred practice "Crash and Dash" for 2 hours. Hitting the correct Flare Speed for touchdown was always a challenge for Fred. I could hear those engines now screaming at the last minute before we HIT the concrete. Man o Man what a ride. I gave Fred all kinds of hell later on after we were both in civilian life. He would laugh and do his "Yahoo holler".
I'm gonna miss you my friend. You were one of a kind and a great friend.

Bob "MOE" Montgomery
June 30, 2016
A salute to Fred Platt. I am sorry that I never met him to salute him in person.
Sonny Flores
May 25, 2016
Fred was a good friend and great warrior for all military veteran causes.

MSgt Tom Tinnish, USAH Retired
Tom Tinnish
May 19, 2016
A real warrior and an asset in the history od freedom.
Walt Humphrey
May 18, 2016
I knew Fred through the HLSR. I was on the then Lamb Auction Committee. He would come up to me and ask for scarfs for his calf scramble kids for that day. We started that back in the early 90's through about 2006. He was a fixture at all of the auctions and fun to talk to. I last saw him at the Steer Auction this year. He was always good for a smile and a hug. RIP my friend and fly high!!
Patte Ivie
May 18, 2016
Will miss him greatly. A very long friendship has ended. I enjoyed every visit, every story and yes every "Yahoo". I will treasure the memories. RIP my friend.
David Northway
May 17, 2016
"ANY TIME, ANY PLACE"
Ed Douglas
May 16, 2016
MY FRIEND AND SOLID CITIZEN OF THE WORLD SINCE THE LATE 1960'S IN BANGKOK AND UP COUNTRY THAILAND, I SUFFERED A BIG LOSS,
SURPASSED ONLY BY OUR YEARS OF FRIENDSHIP
AND CHINA POST ONE SERVICE AND REUNIONS
WORLD WIDE.

CHIANG MAI WATERING HOLE
GEORGE-OLE OLSON
May 15, 2016
George-Ole Olson
May 15, 2016
I am sorry to read of Fred 's passing. Fred was a great American. I loved every story, and every "Yahoo". Rest in peace dear man. It was a pleasure knowing you. My condolences to his family and friends, and my gratitude to this true hero.
Cindy Cox
May 15, 2016
Showing 1 - 15 of 15 results