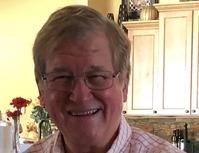 FUNERAL HOME
Sylvan Abbey Memorial Park & Funeral Home
2853 SUNSET POINT RD
Clearwater, FL
Samuel H Brown Jr.
1944-2021
On the morning of August 24, 2021, Sam H. Brown, Jr. of Houston, Texas passed away at the age of 77 in Clearwater, Florida. Though born in Shreveport, Louisiana, Sam was a true Houstonian. He grew to find his life's calling as a father to two daughters, a successful independent commercial/industrial real estate broker, and a friend to many.
He raised two daughters, Barbara Mendell Brown and Kathryn Kemp Brown-Martinez, with dutiful vigilance, compassionate understanding, and unwavering love, guidance, and support.
A genuinely self-made man, Sam graduated in 1962 from CE Byrd High School, in Shreveport, Louisiana. Upon graduating from high school, he entered the University of Kentucky's pre-med program in the Fall of 1962. One year later, he found his way back to Louisiana and enrolled in Louisiana State University, in Baton Rouge, Louisiana. He was an active member of the Sigma Alpha Epsilon (SAE) fraternity while at LSU. He recognized his duty to serve in the military during the Vietnam War and the Cold War era. He left LSU for approximately four years to attend language school through the Army, and became fluent in the German language. Through this position with the Army, he was stationed in Munich, Germany, where he excelled in a position in counterintelligence. While in the Army, he played football on the base team and travelled throughout Europe making lifelong friends. Ultimately, he made his way back to the States, and he graduated from LSU in 1973 with his Bachelor of Arts degree. Sam's first position was with Henry S. Miller Commercial Real Estate Group in San Antonio, Texas. He eventually settled down in Houston, Texas, with several of his Shreveport friends who were in Houston. Sam entered a successful career as an independent commercial/industrial real estate broker, representing companies such as Exel, Inc., and Faust Distributing Company.
Sam was a kind and compassionate man, who never knew a stranger and was always willing to help and get involved. He was known for his love of animals, especially his springer spaniel dogs he used for hunting and his Bengal cats, Nala and Leon. While an avid bird hunter in his spare time, he enjoyed all things outdoors, especially walking through the fields on an early morning and watching the dogs work to flush out the birds. When he was not hunting, he would spend time with his close friends. He was known for his generous nature and his sense of entertainment. He had a contagious laugh among his friends that would always brighten any room he stepped in. When he would return home from trips to his hometown of Shreveport, he would pick up peaches, strawberries, and watermelons by the "trunkful" and delivery them to his friends and associates. One friend commented, "He was truly the kindest, thoughtful and generous friend!"
Sam is predeceased in death by this father, Sam H. Brown, and his mother, Mable Kemp Brown. The oldest of two sons, he is survived by his loving brother William Brown (wife, Kim Brown), of Blaine, Washington. He is survived by his two grateful daughters, Barbara Mendell Brown (husband, Danny Altenburg) of Tarpon Springs, Florida, and Kathryn Kemp Brown-Martinez (husband, David Martinez-Morett) of Ft. Collins, Colorado. Sam was blessed with three grandchildren, Barbara's son, Christopher Brown Altenburg, and Kathryn's two sons, Gabriel Sage Martinez and Jackson Samuel Martinez. Although divorced, Sam maintained close friendships with each of his previous wives, Sarah Mendell Brown, and Shelghmichael Brown.
He was a long-time member of the Houston Country Club, and a member of the Houstonian Club. For the huntsman in Sam, he was an active member of the Garwood Hunting Club. Sam was a member and involved in the social organization of Allegro Association of Houston. He was a parishioner of Chapelwood United Methodist Church.
A memorial service will be held at the Chapelwood United Methodist Church, in Houston, Texas, followed by a celebration of life at the Houston Country Club. At the time of publication, a date had not been set.
Sam H. Brown, Jr., lives on through wonderful and fond memories in the hearts and minds of his loving and devoted family, and friends.
Published by Houston Chronicle on Oct. 10, 2021.
To plant trees in memory, please visit the Sympathy Store.
MEMORIAL EVENTS
To offer your sympathy during this difficult time, you can now have memorial trees planted in a National Forest in memory of your loved one.
Funeral services provided by:
Sylvan Abbey Memorial Park & Funeral Home
MAKE A DONATION
MEMORIES & CONDOLENCES
Sponsored by Sylvan Abbey Memorial Park & Funeral Home.
0 Entries
Be the first to post a memory or condolences.