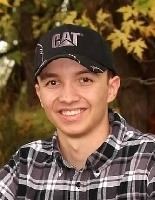 BORN
1998
DIED
2016
FUNERAL HOME
Accent Funeral Home - Meridian
1303 N. Main Street
Meridian, ID
Clayton "Clay" Samuel Tully
1998 ~ 2016
Clayton "Clay" Samuel Tully, 17, of Meridian, Idaho, passed away Sunday, May 29, 2016, from injuries received in a vehicle accident.
The funeral service will be held at 1:00 PM, Friday, June 3, 2016, at Valley Shepherd Church of the Nazarene, 150 W. Maestra, south of Overland, off of Meridian Kuna Hwy in Meridian. Pastor Roy Williams will be officiating. Burial will follow the funeral at Meridian Cemetery. A celebration of life will follow at Heroes Park, 3064 W. Malta Dr. (off Ten Mile between McMillan and Chinden). Funeral arrangements are under the direction of Accent Funeral Home. Remembrances may be left for the family online at www.AccentFuneral.com.
Clay was born at St. Luke's Hospital in Boise on August 19, 1998. He had just graduated from Meridian High School. Clay had been accepted by Universal Technical Institute and was to enroll in September in their diesel mechanic program.
Clay was only 17, but he lived a full, adventurous life. From the time Clay could walk, he enjoyed being outdoors – and there was not a puddle he did not go out of his way to go through! Clay spent many weekends in Hells Canyon jetboating with his grandparents, fishing for bass, steelhead, and sturgeon, swimming in the river, jumping off of rocks and learning to tie knots. And because that was Clay's world, he thought it was everyone's world. He could not understand how his kindergarten teacher did not know where Hells Canyon Dam was. As he got a little older and told "fish" stories, his grandfather had to e-mail a picture to one of his teachers who did not believe the size of the sturgeon Clay was telling her about. Clay felt most complete when he was outdoors. He enjoyed camping, hiking, fishing, snowmobiling, jetboating, hunting, crossing through deep water in his Dodge pickup truck (Mopar or no car), muddin', and driving on dirt roads. He was an Idaho boy and he enjoyed all that living in Idaho offered to him. He was an avid hunter – ducks, geese, turkey, deer, and elk – oh, and whistle pigs and rabbits.
Clay enjoyed taking things apart and rarely putting things back together. He would absolutely do anything for anyone who needed help. He enjoyed working on his own truck, his friend's trucks, wiring lights, sound systems, building speakers, you name it … he liked to figure things out and always had some project going on in the garage – or driveway!
Clay got his first job at age 14 working construction as a top-hand and had just hired on with Titanium Construction and was excited to be starting a new job on Tuesday following the Memorial weekend.
Clay was a sensitive, caring, humble, yet confident, young man. He was humorous and, if you knew Clay, you know how easily he could make you laugh with simply spoken words. No matter where Clay's travels took him, as soon as he reached cell phone service, he called or texted his mom. He was a momma's boy, his father's hunting buddy, his sister's protector. He was many things to each of us and we hope when you remember Clay, you remember him fondly.
Clay is survived by his parents: Mick and Andrea Tully; sister, Michayla; paternal grandparents: Jim and Stacie Tully; great grandfather, Jimmy James; maternal grandparents: Gilbert and Lynn Tuning; great grandparents: Clayton and Sandy Bryant; Glenda and Walt Rost; aunts and uncles: Jason and Gena Tully, Aaron and Denia Amick, Amanda and Jason Hoodenpyle; cousins: Sydney Benfer, Shannon and Shawn Tully, Abigail and Ashlynn Hoodenpyle and extended aunts, uncles and cousins. Clay was preceded in death by his paternal great grandparents: Jim and Betty Tully and Laverne James.
Those who knew Clay, knew he was never about being fancy. We would like to honor him by asking all who attend to wear either a plaid button up shirt or camouflage. We know Clay will be very happy to see that.
In lieu of flowers, memorial donations may be made to the Clay Tully Memorial at Wells Fargo Bank. The family of Clay wishes to thank the "boys" that were there that called for help, the first responders to the scene of the accident, and Accent Funeral Home.

Published by Idaho Statesman on Jun. 2, 2016.
To plant trees in memory, please visit the Sympathy Store.
MEMORIAL EVENTS
Jun
3
Celebration of Life
Heroes Park
3064 W. Malta, ID
Jun
3
Funeral service
1:00p.m.
Valley Shepherd Church of the Nazarene
150 W. Maestra, ID
Funeral services provided by:
Accent Funeral Home - Meridian
MAKE A DONATION
MEMORIES & CONDOLENCES
Sponsored by The Idaho Statesman.
10 Entries
Sending love and prayers. No child was loved and cherished more. Loved the delighted stories Grandma and Grandpa told about their adventures with Clay. Our hearts are broken for you all
Mary Helen Leininger
November 3, 2016
Jim and Stacie . . . Rod and I are so sorry for your loss. Our thoughts are with you.
Jackie Page
June 3, 2016
So sorry for your loss. Praying that God holds you all in his loving arms and helps bring healing to your hearts. God Bless you!
Rosa M Pardo
June 3, 2016
Dear Mick, Andrea and Michayla,

Our hearts are aching for you and your family for the loss of your son, Clay.
Please know that you are in our thoughts and prayers at this difficult time.
We were remembering Clay at a birthday party as this adorable little boy, about 4 years old, wearing this big cowboy hat and cowboy boots and having such a fun time.
You are a beautiful family and you have always been a great friend to Cassie and we love you.
Take care of yourself and each other.

Don and Sue Sonke
June 3, 2016
Jim and Stacie,
I am so sorry for your loss. My heart goes out to you during this terrible time and I will be praying for your family.
Jennifer Antrim
June 2, 2016
Tully family - The Smith family - Arlin, Tani, Landrie and Ryleigh send their heartfelt condolences, prayers and hugs. As I listened to Landrie tell me the tragic news on Sunday morning my heart broke for you all. As the Seniors graduated on Saturday I wondered what new chapter each and every senior would start...would it be the start of college, the start of a family, the start of a new job...whatever it was it would be a new chapter in their lives. We now know that Clay's new chapter will be that of an Angel and protector. I hope you find peace and strength in all of your wonderful memories. We are here for you and will be thinking of you.
Tani Smith
June 2, 2016
Jim, Stacie and family - we are heartsick to hear the news of Clay. Our thoughts and prayers are with all of you.
Dennis and Helene Wolfgram
June 2, 2016
my name is Steph, My son Justin is friends with your daughter. I heard about this after we got back from our camping trip. I just wanted to say from 1 parent to another (as i have lost a child of my own) that i am so very sorry for your loss. There are no words right now to express my sympathy. My son talked to me about this Tuesday evening and my heart just broke for you as i know exactly what you are going through. My thoughts and prayers are with you and your whole family during this most difficult time. May your son Clay rest in peace.
Stephanie padgett
June 2, 2016
Tully Family sorry for loss. I pray for healing for your family. Angie Francke Lyons
June 1, 2016
Hey Andrea-I'm so sorry to hear of your loss.
Sheryl Mosich(Meridan MIddle School)
Many Blessings to you and your family.
Sheryl Mosich
June 1, 2016
Showing 1 - 10 of 10 results