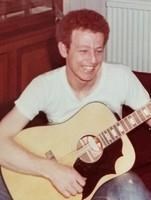 BORN
1943
DIED
2020
Richard Dee Fogerson
1943-2020
Richard (Rick, Ricardo, Ricky Tikki Tavi, Obedad) Dee Fogerson took flight once more, passing very early on August 4, 2020, in his home and surrounded by loved ones, at age 77.
Rick was born on January 21, 1943, in Van Nuys, California, to Amos Lloyd Fogerson and Johnnie Fern Harris. He joined his sister Donna in the world, and they welcomed younger sister Johnnie 18 years later. A blur of joy in his youth, Rick graduated from Boise High School in 1961 and served as a Captain in the US Air Force, flying missions back in 'Nam as an F4 navigator. He achieved a master's degree in business and another in chemical engineering. He was brilliant.
Rick met his wife Rose Marie O'Connor on a blind date in 1976 arranged by Donna, who worked with Rose at St. Al's. Rick and Rose formed a quick and deep bond of love and loyalty that lasted more than 40 years. In their early days, Rick rocked a ginger afro and a lime green leisure suit, sporting a goofy grin. Later, it was fancy sweats, a "dress" baseball hat and wry smile.
His sense of humor was best called cornball. Rick was a great reader, board game aficionado and frequent movie watcher. He spoke in cinematic quotes that included everything from Star Wars to Pride & Prejudice. He once famously said to Rose that he'd already "used all of his words" when asked about his day. He called water "earth juice" to encourage hydration and frequently said, "moderation in all things," to mean it was okay to have some of all life offers.
Rick was a combination of contrasts. An artist engineer, he was responsible for 90% of the paintings on the walls at home and built three airplanes. A practical romantic, he lovingly gifted faucets and other useful items. He was a frugal splurger, keeping a Nordic Track working with cardboard and glue while buying sports cars. A nostalgic purger, he periodically got rid of nearly everything but crafted a "legacy list" to provide his surviving prized possessions impartially, courtesy of an algorithm. He was an adventurous homebody who wandered the world but loved his living room.
He had nicknames for everyone. Rick leaves behind his copilot Rosie the Riveter and flight crew Julie Girl, Emmy Doodle and Lisa Bunny. The family is grateful for all who loved and cared for him in his final days. There will be a service at a future pandemic-paused point. However, it's uncertain when, and the family hopes everyone will honor Rick in all the ways that mean something to them. He will be missed forever.

Published by Idaho Statesman on Sep. 9, 2020.
To plant trees in memory, please visit the Sympathy Store.
MEMORIAL EVENTS
To offer your sympathy during this difficult time, you can now have memorial trees planted in a National Forest in memory of your loved one.
MAKE A DONATION
MEMORIES & CONDOLENCES
Sponsored by The Idaho Statesman.
5 Entries
I forgot to mention the younger sister of Rick & Donna also. Johnnie Shaver and her husband Doug & Sam their son. All 3 were my first cousins. Rick was a wonderful cousin to me.
Paul & Susan Fahnstrom
Family
August 11, 2021
Rick, was one of my many first cousins in the Boise area. I was closer to Rick than many of my other cousins. We were 3 years and 8 months in age difference, him being older than me. One summer he stayed with us at my parents home and we both became professional players of Ping Pong!! It was a toss up who would win each game and whoever won only won by 1 or 2 points. It was an exciting riot and we were both very competitive with one another. No one else could beat us.
Rick was like another brother to me that summer he stayed with us. We both worked for “Opel Harvester” on Front Street in Boise. That job was a fun riot also for us both.
We will continue to pray for his family, Rose his wife, And three daughters, Julie, Lisa & Emily. Also for Rick’s sister & my cousin Donna.
Love to you all,
Paul & Susan Fahnstrom
Paul & Susan Fahnstrom
Family
September 16, 2020
Rick was a kind and gentle man and easy to get to know. Rick and Rose were raising their three girls at the same time I was raising my three boys, so we got together often when they lived in Ontario, Oregon. He will he greatly missed by our whole family! Scott & Chris Telleria & family
Christine Telleria
Family
September 12, 2020
He was a brilliant man. We had lots of fun dinners, card games, and discussions with Rick and Rose when we moved to Eagle 8 years ago. You will be missed Rick.
Chris and Sharon Johnson
Friend
September 10, 2020 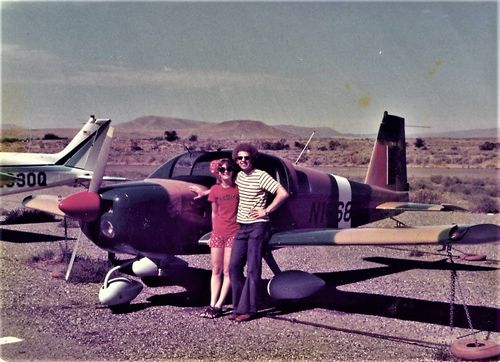 I will love you forever Dad...it was my greatest honor to be your daughter and be with you as you piloted away one last time.
Julie Girl
Daughter
September 9, 2020
Showing 1 - 5 of 5 results