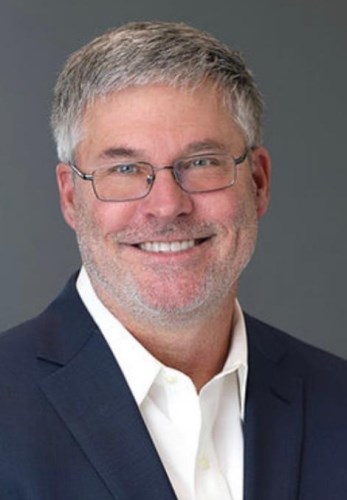 Born on September 11, 1964, in Greenwood, SC, Dan was the son of the Jane Carroll Byers and the late Daniel Lee Byers. Dan graduated from Greenwood High School in 1982. Like his father, Dan then attended Vanderbilt University and earned his Bachelor of Science degree in Electrical Engineering. He was a member of Alpha Tau Omega Fraternity, and while in Nashville cultivated his lifelong appreciation of music.

Dan began his professional engineering career at Tennessee Valley Authority in Huntsville, Alabama. A strong family man, Dan moved to Greenville, SC to join his father at Goodwater Incorporated, where he served as Vice President, then President of the company. Dan and his father enjoyed golfing together in the US and Scotland. During this time, Dan wrote articles for "Talk Magazine" and also modeled to the great delight of his family. In 2014, Dan became part of the Clemson University family as Project Manager in the University Facilities Construction & Renovation department.

Dan had a love of the performing arts and was often seen with his guitar. Together with his wife, Kristi, Dan was an enthusiastic supporter of Greenville Theatre, where he was a board member and devoted volunteer.

Although Dan's accomplishments are many, his family gave him the greatest joy. He made his family's interests his own as he enthusiastically educated himself about each new endeavor. No responsibility kept him from his family, and he treasured the times he spent traveling with and supporting them.

Dan is survived by his wife, Kristi Parker Byers, and their children Brooke Byers Tidwell and her husband Marcus of Simpsonville, Lee Andrew Byers of Greenville, John Alexander Byers of Nashville, Sarah-Parker Martin of Easley, and Isabelle Jane Byers of Charleston. Also surviving are his mother, Jane Carroll Byers of Greenwood, and his sisters Beth Byers Adams and her husband Mike of Greenwood, and Lindy Byers Felix and her husband Nick of Hilton Head. Papa Dan is also survived by two adorable grandchildren, Eden and Jacob.

He was known throughout the community and to his friends as "Tender Dan" because of his loving heart. He lived each day loving others, and to quote his favorite musical, "To love another person is to see the face of God."

Published by The Index-Journal from Sep. 20 to Sep. 23, 2021.
To plant trees in memory, please visit the Sympathy Store.
MEMORIAL EVENTS
To offer your sympathy during this difficult time, you can now have memorial trees planted in a National Forest in memory of your loved one.
Funeral services provided by:
Blyth Funeral Home
MEMORIES & CONDOLENCES
1 Entry
Met Dan while working at TVA. Have many great memories of me and him playing golf and even attending a few bama football games together. He took me in turn to my one and only trip to the Masters tournament
RIP old friend gone but living well in my memories
Michael Johnson
Friend
September 27, 2021
Showing 1 - 1 of 1 results