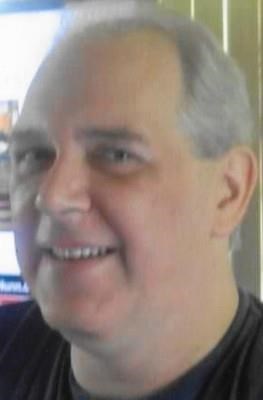 54, of Indianapolis, died May 16, 2017. He was born September 25, 1962 in Indianapolis to Elizabeth and William Foppe. He was a graduate of Lawrence Central High School in 1980 and received his Bachelor degrees in Mortuary Science from the University of Evansville. He was a member of St. Matthew Catholic Church.

David is survived by his sister Susan (Snowden) Mathews, niece Christy (Jason) Scott, nephew William (Lindsay) Raymer, great nieces and nephews Eric and Olivia Carr, Chloe and Thomas Scott. David enjoyed music, playing the piano, organ and violin; he collected Hummels, and had a great love for animals. He will be remembered for his Big Heart.

A Celebration of David's life will be Thursday May 25, 2017 at 4 p.m. at Feeney-Hornak Keystone Mortuary, with visitation from 2 p.m. until service time.

Memorials in David's name may be made to Indianapolis Symphony Orchestra. Condolences may also be offered at www.feeneyhornakkeystone.com


Published by The Indianapolis Star on May 21, 2017.
To plant trees in memory, please visit the Sympathy Store.
MEMORIAL EVENTS
May
25
Visitation
2:00p.m. - 4:00p.m.
Feeney-Hornak Keystone Mortuary
2126 East 71st Street, Indianapolis, IN
May
25
Celebration of Life
4:00p.m.
Feeney-Hornak Keystone Mortuary
2126 East 71st Street, Indianapolis, IN
Funeral services provided by:
Feeney-Hornak Keystone Mortuary
MAKE A DONATION
MEMORIES & CONDOLENCES
9 Entries
I hadn't spoken to David in probably 4 or 5 years but I've always thought of him fondly during this time. I did try to seek him out a few years ago to touch base but was sadly unsuccessful. David never ever had a bad word to say about anyone, and always made you feel loved and special. His family and those who knew him in person, were very lucky people. I'm so sad that he didn't get to live out his years spreading love to those around him & getting that love returned. Rest in Peace David.
K McMichael
August 9, 2017
David - say hello to Jack and Ennis up there in heaven.
- Monika
August 9, 2017
Sweet David, you brought joy to my life. ❤
Berit Berglund
August 9, 2017
My deepest sympathies are with you and your family at this sad time. I only came to know David recently and really loved his outlook on life. He will be missed. May you find comfort in knowing he was loved by so many.
Michele Routh
June 4, 2017
To the family of David William Foppe. May the love of family and friends comfort you. Blessed are they that mourned: for they shall be comforted.
CC
May 25, 2017
David will forever have a place in my heart. I will miss him so much.
Know my prayers are with the family at this time.
jamie gordon
May 25, 2017
My deepest sympathy for your loss. May the God of all comfort soothe your grief.
May 21, 2017
Parting with a loved one is one of life's biggest challenges. I didn't know David well, but what I did know of him I liked a lot. He was always a kind and gentle soul as I remember, and a good friend to all who knew him. Know that while we are feeling this loss... David is receiving his great reward and gift of eternal LIFE.

You still have everything of David in your hearts with the small exception of his Earthly embodiment, and He'll continue to live within us all forever.

Revel in his memory, and pass all the goodness you've learned from him on to everyone you can. I hope that you will find healing and comfort in time. I know that he will be missed.

I deliver this with the greatest of empathy for you and your family. Carry on, and Godspeed.
Randy Schwind
May 21, 2017
I only have great memories of David. We always had so much fun when the cousins were all together. Such a sweet, kind spirit.
Marcia Wessels
May 19, 2017
Showing 1 - 9 of 9 results