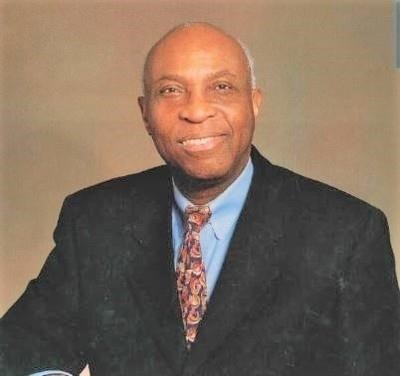 George H. Rawls, M.D. was born in 1928 in Gainesville, Florida to Nicholas O. Rawls, Sr. and Lona Babbs Rawls and died peacefully on May 16, 2020. He graduated as the valedictorian from Florida A&M University where he met the love of his life, Lula, whom he married in 1951. Their deep love for each other was evident to anyone who met them throughout their 68 years of marriage, and his love for the family they created was of utmost importance in his life.

He earned his M.D. from Howard University Medical School in 1952 where he graduated Alpha Omega Alpha and dedicated himself to giving back to his schools and the community. His surgical internship was at Philadelphia General Hospital. He then served in the U.S. Army for two years before completing his residency in surgery at the Veteran's Administration Hospital in Dayton, Ohio.

The family, which now included three young daughters, moved to Indianapolis in 1959, and he became one of the first Black surgeons in the area during the era of racial segregation. He became a distinguished, well-known, and compassionate surgeon with a thriving practice for 34 years. He broke numerous barriers over the course of his career with a commitment to excellence in all that he did.

He had a passion for healthcare in his community, which has been threaded through his career as a surgeon, as a Clinical Professor of Surgery teaching residents at Indiana University and as an advocate. He served on the Indiana University Medical School Admissions Committee. He was a fellow of the American College of Surgeons, and served as the president of the following organizations: the Marion County Medical Society, the Indiana State Medical Society, and the Aesculapian Medical Society. He was also a long-term member and past president of the Indiana State Medical Licensing Board.

Dr. Rawls was a major icon in the community. After retiring from his surgical practice in 1993, he spent five years as an Assistant Dean of Medical Student Affairs while continuing to teach as a Clinical Professor of Surgery at Indiana University where he retired with emeritus status. He always stressed the values of hard work and discipline. This was evidenced in his accomplishments. While he was the Assistant Dean at the medical school he established a Masters of Science in Medical Science program in which over 300 students were successful in matriculating into medical school. His legacies include the creation of the Lula and George Rawls Award of Excellence scholarship at The IU School of Medicine, the Eli Lilly Minority Scholarship (1999-2014) that brought two highly qualified minority students per year to the medical school, and the development of the Pre-matriculation Program (1995-2004) at the medical school. In addition, he helped establish the George Rawls Scholarship within the Wishard Memorial Foundation and the Health and Hospital Corporation.

He had numerous accolades, including, the Jefferson Award in 1991, the J.O. Ritchie Award in 2002, and two Sagamore of the Wabash Awards (from Governor Orr and Governor Bayh). He received honorary doctorates from Florida A&M University and Indiana University School of Medicine. Aside from his accomplishments, Dr. Rawls was influential in other important ways. The Center for Leadership Development (CLD) honored him, naming their high school student pre-medical program the Rawls Scholars Medicine Initiative. Together, he and his wife, Lula, have been committed to expanding opportunities for young scholars. In addition to establishing scholarships at IU School of Medicine, they created scholarships for students at Florida A&M University and Howard University School of Medicine.

Dr. Rawls was guided by his Christian beliefs and faith, and it showed in the way he shared his gifts with students, colleagues and friends. He was an active member since 1960 and an elder of Witherspoon Presbyterian Church. He was actively engaged in civic and community organizations, serving on the boards of The Children's Museum of Indianapolis, The Urban League, Flanner House, Goodwill Industries, and the Indianapolis Zoo. He served as chairman/co-chairman of the life membership committee for the NAACP for 30 years. He was a member of Alpha Phi Alpha Fraternity, Inc., 100 Black Men of Indianapolis, and Sigma Pi Phi Fraternity. He also enjoyed traveling, was an avid golfer, and a Diamond Life Master bridge player.

Dr. Rawls was a prolific author, writing memoirs, historical, and personal development books including, So You Want To Be a Doctor; Papa, I Want To Be a Surgeon; The History of the Black Physician in Indianapolis, 1870-2000; The Surgeon's Turn, and Managing Cancer: The African-American's Guide to Prevention, Diagnosis and Treatment.

Dr. Rawls' greatest joy was his wife Lula, their children, grandchildren and great- grandchildren. He was preceded in death by his parents and his brothers, Nicholas and John Rawls. He is lovingly remembered by his wife Lula; his daughters— Yvonne Rawls, Bettye-Jo Lloyd (Frank Lloyd, Jr.), and Sheree Williams (Sherman); his grandchildren— Frank Lloyd III, Jessica Williams, Courtnye Lloyd, and Joshua Williams (Tina); his great-grandchildren— Zoe and Joy Williams, and his former medical student/mentee, Dr. Hilton Hudson. He is also survived by a host of beloved nieces, nephews, relatives, students, residents, and dear friends.

Dr. Rawls was wonderfully cared for and supported by his many excellent physicians and nurses. His healing was enhanced by all of his loving and attentive caregivers, most recently at Marquette Assisted Living and St. Vincent's Hospice.

There will be a private burial service with plans for a future celebration of life. In lieu of flowers, please send donations to the George Rawls Memorial Fund at Witherspoon Presbyterian Church, 5136 Michigan Rd, Indianapolis, IN, 46228.

Published by The Indianapolis Star from May 22 to May 24, 2020.
To plant trees in memory, please visit the Sympathy Store.
MEMORIAL EVENTS
To offer your sympathy during this difficult time, you can now have memorial trees planted in a National Forest in memory of your loved one.
Funeral services provided by:
Stuart Mortuary, Inc. - Indianapolis
MAKE A DONATION
MEMORIES & CONDOLENCES
17 Entries
Love
William Johnson
Family
June 3, 2020
I worked with Dr. Rawls at Methodist Hospital until his retirement in l993
I came to Methodist in l980 and was accepted by George to treat his patients. He was an exceptional surgeon. He was always calm, dignified and in control. He was a major force at Methodist both surgically and politically and I felt it was my pleasure to be able to interact with him and his patients.
He was an example of an old time surgeon. He was more than competent in operating on almost any part of the body, a skill that has been completely lost with specialization.
His legacy is carried on by his daughter Bettye Jo and son in law Frank Jr.
I am glad he lived a long fullfilled life
Dr. David Ross and Bonnie Ross
Coworker
May 29, 2020
George was an outstanding individual! I had the privilege of working with him in ISMA Leadership where he was always kind, thoughtful & supportive of the newer members of ISMA Leadership..thus a terrific mentor to me & others. It was always a pleasure to be with him & Lu..
William VanNess ll, MD
Friend
May 28, 2020
Dr. Rawls was a quiet giant of a person. His influence touch many. His assistance without asking for anything in return was to many. I my 9 years as Indianapolis Branch President, WE could not accomplish much without Dr. Rawls assistance and counsel. Rest my friend, you have earned it!
Roderick E. Bohannan
May 27, 2020
May your hearts soon be filled with wonderful memories of joyful times together as you celebrate a life well lived.
Darrell Burks
Friend
May 27, 2020
Dr Rawls was a gentleman and a very excellent surgeon. It was a privilege to train under him as a surgery resident at Methodist from 1985-90. He was a great teacher and a wonderful role model. Dr Rawls was a very positive influence on us young lads and many patients in our community have benefited from the lessons that we learned from him. His legacy will last.
My condolences to the Rawls family from the Pittman family.
Scott Pittman MD
Friend
May 27, 2020
Our prayers go out to you & your family..Elaine & Phil Washington
Elaine & Phil Washington
Acquaintance
May 26, 2020
Dr Rawls was my mothers doctor for many years. She had the utmost respect and trust in him as her doctor. As her children we remember him being so kind and patient with her and we loved him for taking such good care of her all those years. May he Rest in Eternal Peace.
Sheri Watts
Acquaintance
May 25, 2020
I worked in surgery at Methodist. Dr Rawls was a joy to work with. Not only was he an excellent surgeon, but he was such a soft spoken gentleman. That is a rarity for surgeons sometimes He was also a great teacher also. So glad he and his wife came to our yearly surgery old timers luncheon! He usually spoke and gave the prayer. He left an amazing legacy. Prayers for the family
Linda McClure
Coworker
May 24, 2020
I knew Dr Rawls for many years! I was a unit Secretary at Methodist Hospital He was always so kind ! He actually saved my Aunts life in 1965! Wonderful doctor, wonderful man! So sorry for your loss !
Beverly Pillow
Friend
May 24, 2020
Admired by all. A true Gentleman and a scholar. He was a bonus in my life to have known and worked with him.
Linda Miller
Coworker
May 24, 2020
I knew Dr. Rawls as a from childhood all the way through IUs medical school. He went from just Dr. Rawls to Dr. Rawls, my mentor and teacher during my externships at Methodist Hospital in the late 1960s. Though I considered him my friend, he was always Dr. Rawls to me. He was a kind, generous and gracious man, who was also a tremendous clinician and surgeon. He will be missed.
Lester W. Thompson, MD
Friend
May 24, 2020

A passionate and legendary physician and obvious family man. My sincere condolences to Dr. Rawls and his family. Thoughts and prayers go out to all his family. He and his family were one of my favorite and loyalist paper route customers back in the day.❤
John W. Clark Jr.
Friend
May 24, 2020
In 1986 I was a 33 year old wife and mother who found herself with breast cancer. Dr Rawls was my very capable surgeon. He was a source of peace and comfort and treated me with great wisdom and care. I will always be grateful that he was my doctor. Thank God for this man. May the Lord comfort your hearts during this very difficult time.
Terri Lipkins
Friend
May 24, 2020
Sheree,
My heartfelt condolences go out to you and your family. May care and love of those around you provide comfort and peace to get you through the days ahead.
Sincerely,
Denise Combs Hibbitt
Denise Hibbitt
Classmate
May 24, 2020
Dear Lula and Family, I extend my deepest sympathies on your loss. I considered George a mentor, colleague and a friend. He was truly a great physician and teacher, which I believe is the greatest honor one can bestow. He will be missed. Sincerely,
Earle Robinson Jr MD and Family