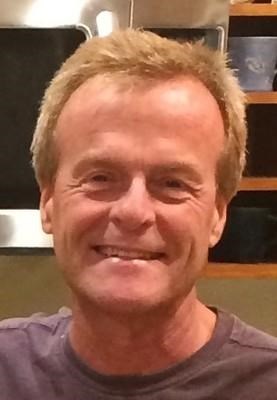 1956-2015. The family of Glenn Norman Foy is deeply grieved to report his death, on April 3, 2015, in the crash of his private plane in Boone County, Indiana. Glenn's inexhaustible energy, self-discipline and inborn technical aptitude combined with a quiet generosity, a deep-seated sense of fairness and honesty and an adventurous spirit of fun to create a broad network of friends, family, associates and clients bound to him by respect, loyalty and affection.

Born in Ottawa, Canada, in 1956, Glenn accompanied his family to the United States not long after, when they emigrated to New Castle, Indiana. He attended St. Anne School through third grade, when the family relocated to Indianapolis. Glenn attended St. Joan of Arc primary school and Northview Junior High School in Indianapolis, and graduated from North Central High School in 1974.

In junior high, Glenn embarked on a lifelong love affair with the internal combustion engine, leading to a years-long parade of vehicles that would range from dirtbikes to dumptrucks to sportscars to airplanes. He began to show an impressive knack for those vehicles' mechanics and materials, proving adept as both a craftsman and a self-taught engineer.

In 1983, he built on those skills to create a company, Best Equipment & Welding Inc. Originally dedicated to constructing and servicing loading-dock equipment, the firm would become an all-purpose fabricator of metal products, with 22 full-time employees. The steady growth of the business required him to spend increasing amounts of time behind his desk, but Glenn considered that merely a necessary evil: His associates say he never went a day without getting his hands dirty.

Glenn played as hard as he worked, and was an avid long-distance cyclist who participated in multiple 24-hour rides. In 1988 he took up skydiving, which soon developed into a full-blown interest in flying. He bought his first plane, a Cessna 177 Cardinal, in the early 1990s, and followed that some years later with the purchase of an aerobatic Yak-52 military trainer. He got great joy out of flying the Yak and, best of all, made sure others did too: Numerous friends, relatives and acquaintances have had the pleasure of soaring through Indiana's skies with Glenn at the controls. In time he linked up with other pilots in the "warbird" community, becoming a respected regular participant in exhibition flying at airshows and other events.

Glenn is survived by his siblings, Barry (May Wu), Wendy Brewster and Anne Eyl (Steve); nieces and nephews Reid, Derek and Kiley Brewster, and Gabrielle and Alec Eyl; and Sheryl Vaughn, his companion of eight years. He was preceded in death by his parents, Winfred and Margaret Foy, and his friend and brother-in-law Mark Brewster. A celebration of his life will be held on Sunday, May 3, at the Palomino Ballroom, 481 S. County Rd. 1200 East, Zionsville, IN, at 1pm; the family invites all who cherish Glenn's memory to attend. Donations in lieu of flowers can be made to Anna's House (annashousemsc.org). Arrangements entrusted to Leppert Mortuary - Smith Carmel Chapel.


Published by The Indianapolis Star on Apr. 19, 2015.
To plant trees in memory, please visit the Sympathy Store.
MEMORIAL EVENTS
To offer your sympathy during this difficult time, you can now have memorial trees planted in a National Forest in memory of your loved one.
Funeral services provided by:
Leppert Mortuary & Crematory Services - Carmel Chapel
MAKE A DONATION
MEMORIES & CONDOLENCES
Sponsored by Anonymous.
44 Entries
Thinking of you always and when I see a plane in the sky, I always say hello my friend ♥
Mary Goldstein
Friend
April 4, 2021
Six years ago you left this earth.We all miss you to this day. Went to the crash site this morning and saw one of your friends doing a fly-over while I was there. Rest easy my friend.
Stephen Hartbarger
April 3, 2021
Even to this day it doesn't seem real, thanks for everything you taught me. Your work ethic was amazing,and to this day I strive to best it. Thanks for the opportunities you gave me. You will always be missed by me and my family. RIP my friend.
Stephen Hartbarger
May 17, 2019
Thunder over Louisville April 13th 2019. . . I felt you in spirit
Tracy Burmeister
Friend
April 14, 2019
Miss you
Diane Stegemoller
May 31, 2016
Thinking of you my friend
....
Diane Stegemoller
May 31, 2016
Think of you often... I know you are watching from above and feel your presence in each plane I clean... Thanks for all you taught me! Til we meet again, you will always be in my heart❤ Miss you! "(badly) "
Tracy Burmeister
April 19, 2016
Thinking of you today....
Diane Stegemoller
April 3, 2016
Thought about Glen all night... Wish all friends, jumpers and pilots could get together.For no reason the song Sunspot Baby ( Seeger) was in my head.Miss that smile!
Diane Stegemoller
March 9, 2016
Missing you...
Diane Stegemoller
February 12, 2016
RIP Glenn, to his family so sorry for your loss.
Teena Austin
May 21, 2015
Though I hadn't seen Glenn in at least 20 years I think of him regularly as I drive by his old house in Sherwood Forest when I go to visit my dad. I ran around with him when we were teenagers in our neighborhood and have a lot of fun and fond memories. He was always fun, he was always kind, he was always useful. I'm glad he went out doing something he loved, I just wish it hadn't been so soon. Peace to his siblings and other loved ones.
Lee Ann Zobbe
May 4, 2015
I attended an amazing memorial today for my sweet friend Glenn Foy. It was exactly as he would have wanted it. His brother did such a great job with all of his family memories and stories. His pilots family gave a tremendous flyover as part of the ceremony and it was something that I will never forget. Blue skies and calm winds forever Glenn. You made the lives of so many others better, just by being who you were and I will never forget you. With all my love,
Mary
Mary Hogan
May 3, 2015 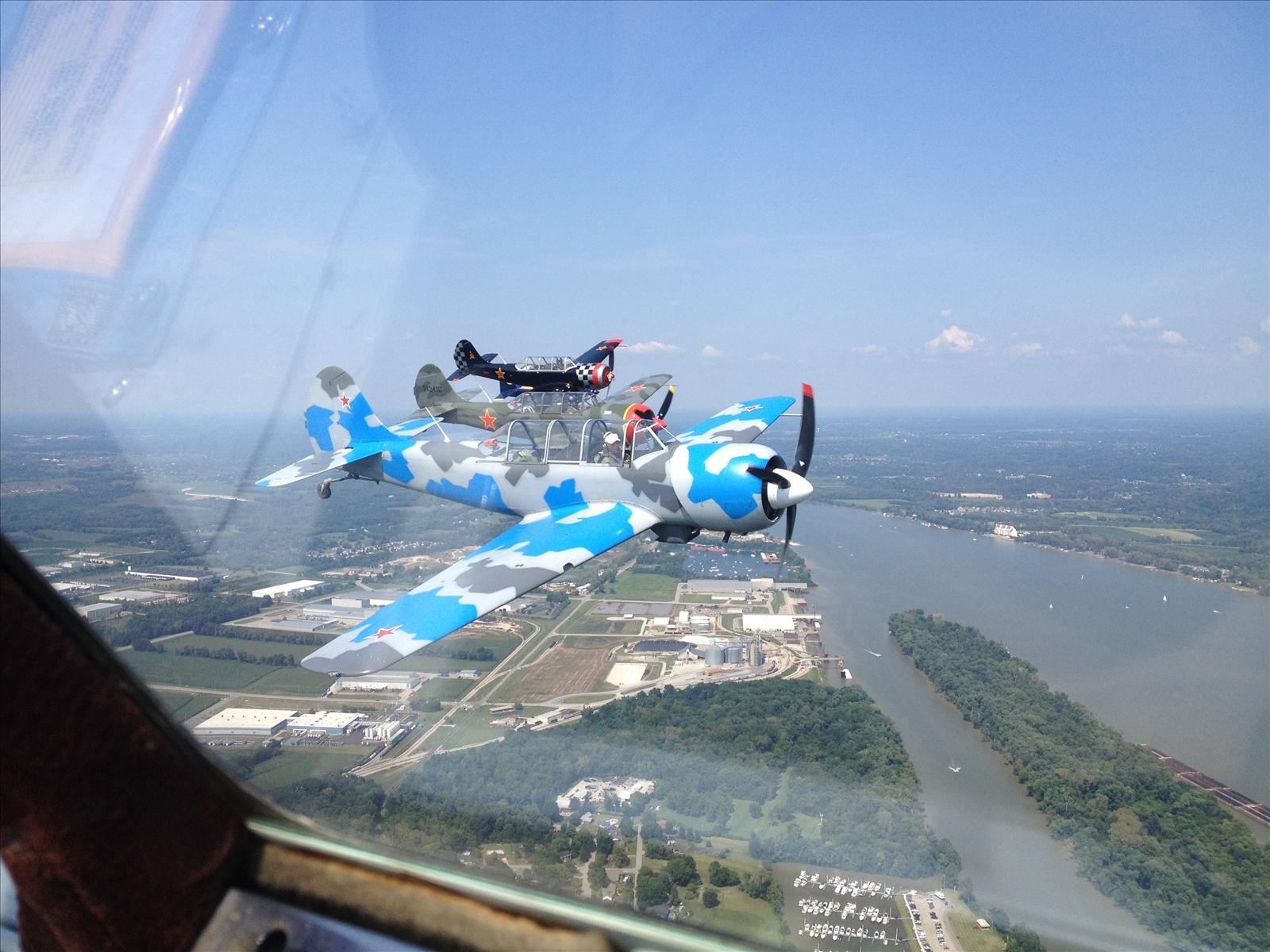 Glenn made my son's 13th birthday extra special by taking him on his first flight in 2007. That's just the kind of guy he was. Some of my fondest memories with Glenn are of flying, whether we were on a memorial flyover or on our way to Florida to watch a shuttle launch or just down to Columbus for lunch, we always had a great time. You leave a hole in my heart, brother. I will never forget you.
Dave Leversen
May 3, 2015
It was my privilege to know Glenn. Truly a good person. He will be missed.
John Dobrota
May 3, 2015
you will be missed gene, rh cowan company
paul beyer
May 2, 2015
It was a great pleasure to meet Glenn and to do business with him. He was honest, straight-forward and dedicated. Thanks Glenn for the opportunity to work with you!
Eric Pugh
April 29, 2015
Glenn was my first civilian formation ride. I knew he was top drawer then and he proved to be a superb wing man and leader as well as being a loyal and special friend. I miss his fellowship, good humor, wit and knowledge. God is lucky to have you near.
Jack Lindsay
April 29, 2015
RIP
April 24, 2015
On behalf of the Lafayette Composite Squadron of the Civil Air Patrol (we helped look for Glenn), I wish to express my deepest sympathy for your loss. Blue skies and tailwinds, Glenn.
Lt. Blake Graham, CAP
April 22, 2015 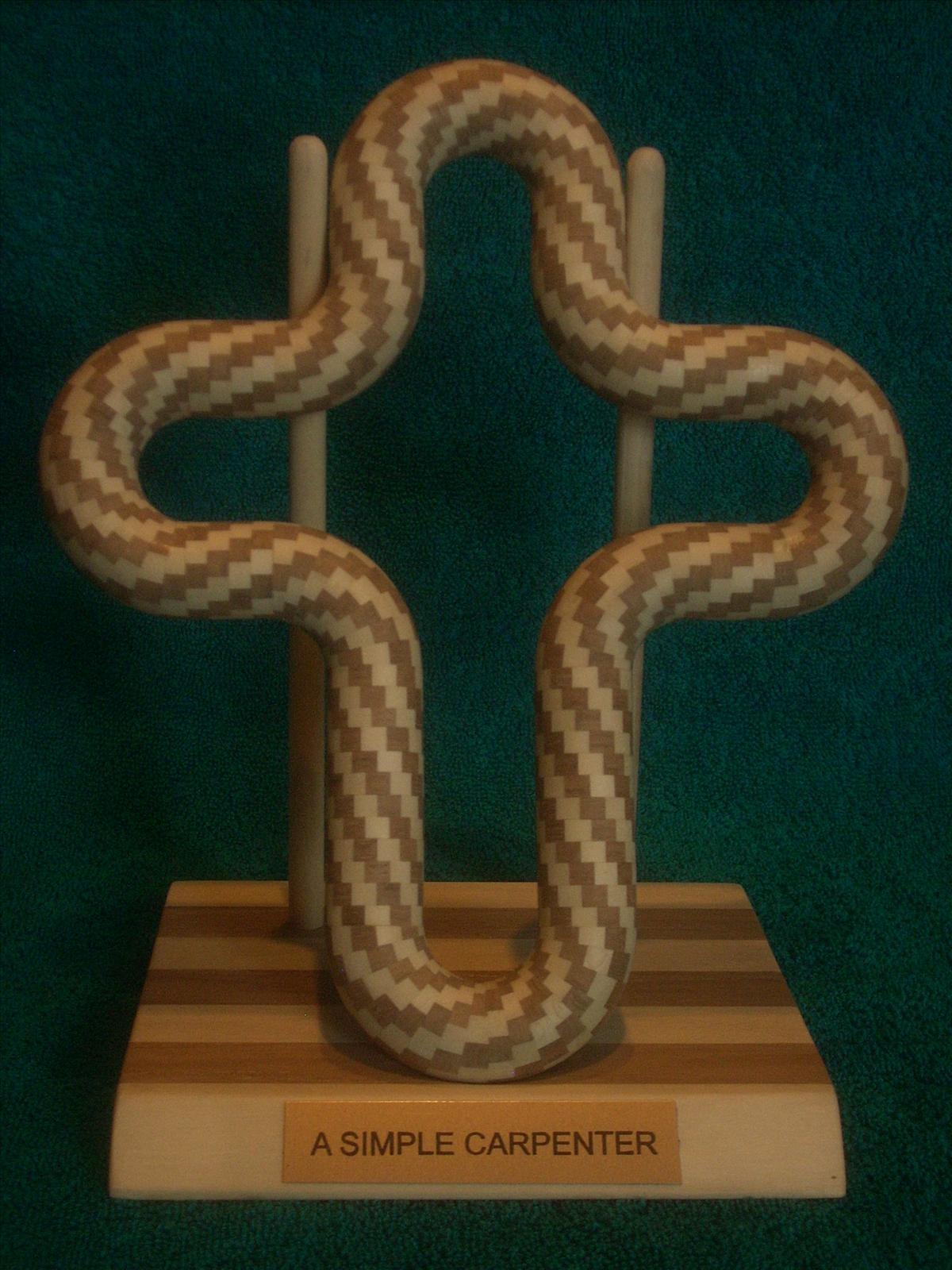 I graduated from North Central High School with Glenn. The last time I saw him was probably a class reunion 20 to 30 years ago, until I saw his picture on the news. Go in peace Glenn.
Tom Potter
April 22, 2015
Glen was a vendor at my shop and always call me by my name when he would visit. He always took time to stop and visit and share a laugh. THE WORLD NEEDS MORE PEOPLE LIKE GLENN.
Kevin Anderson
April 21, 2015
Glenn, Prayers to you my friend. Thank you for everything that you have taught me over the last 5 years. Your weekly presence in my life is greatly missed. RIH
David Pennington
April 20, 2015 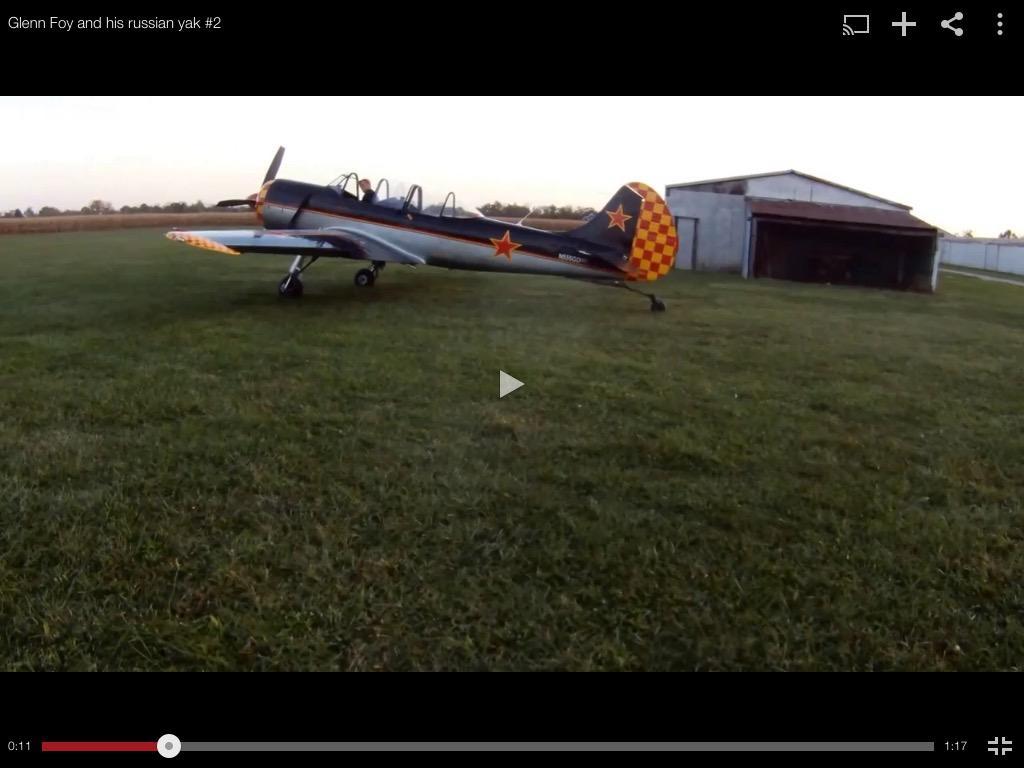 Glenn and I shared lots of conversations over biking and flying. Glen flew to Franklin flying field to watch my beginning flights in a powered para glider. I purchased his Klein bike for my wife as it matched mine.
We worked on a project together recently for panhandle eastern.
Glen it was my privilege to know you! God rest you my friend.
dennis Thomas
April 20, 2015
I will surely miss Glenn, will miss the quick step, he was always in front of me, and the quick wit. We had many talks on how our businesses were so much alike and our outlook on them. It was a pleasure to have him as a friend, gone way too soon.
Dick Waggoner
April 20, 2015
Sharon Wright
April 20, 2015
Glenn - thanks for everything - enjoyed working with you on projects - Arvin, Commins etc. will miss your amazing energy, positive attitude and aerial tails! You set the example for living life to fullest!
Doug Elliott
April 20, 2015
Well said Joe Montfort.... Never forget Abaco....
Diane Stegemoller
April 19, 2015
Well said Joe Montfort.... Never forget Abaco....
Diane Stegemoller
April 19, 2015
He was a wonderful man and I certainly enjoyed flying with him...R.IP. My friend.... Blue sky's forever,.
Diane Stegemoller
April 19, 2015 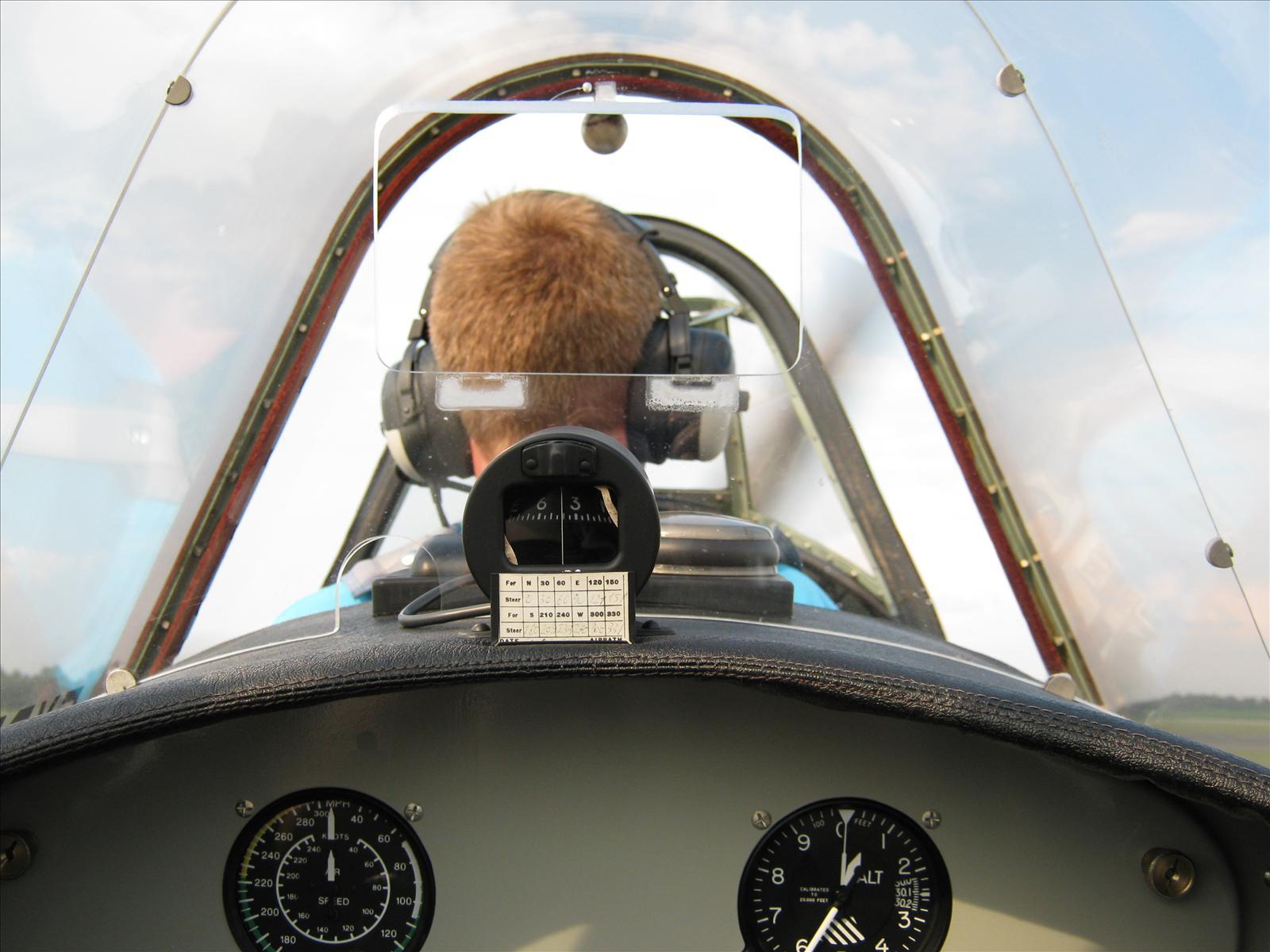 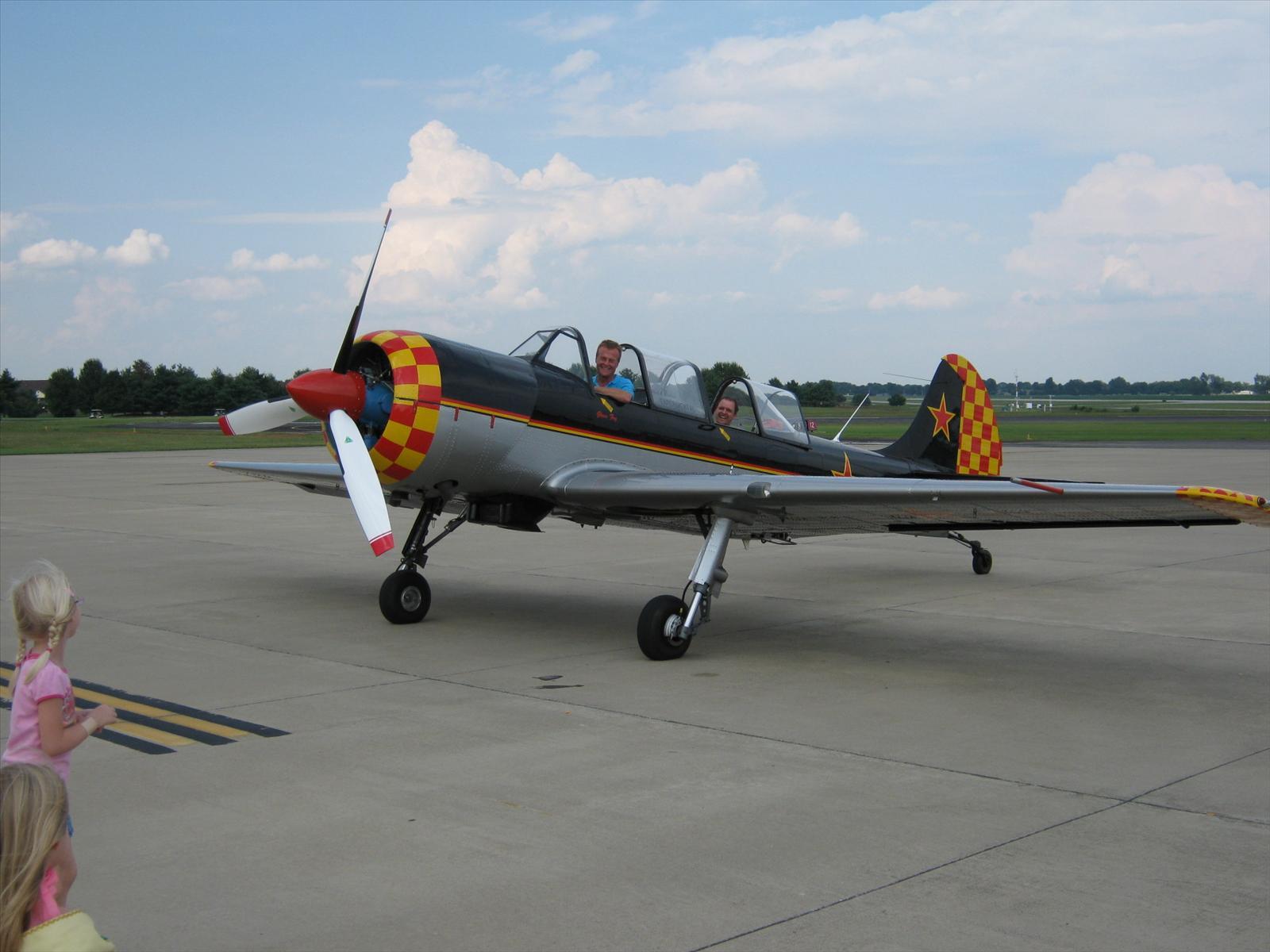 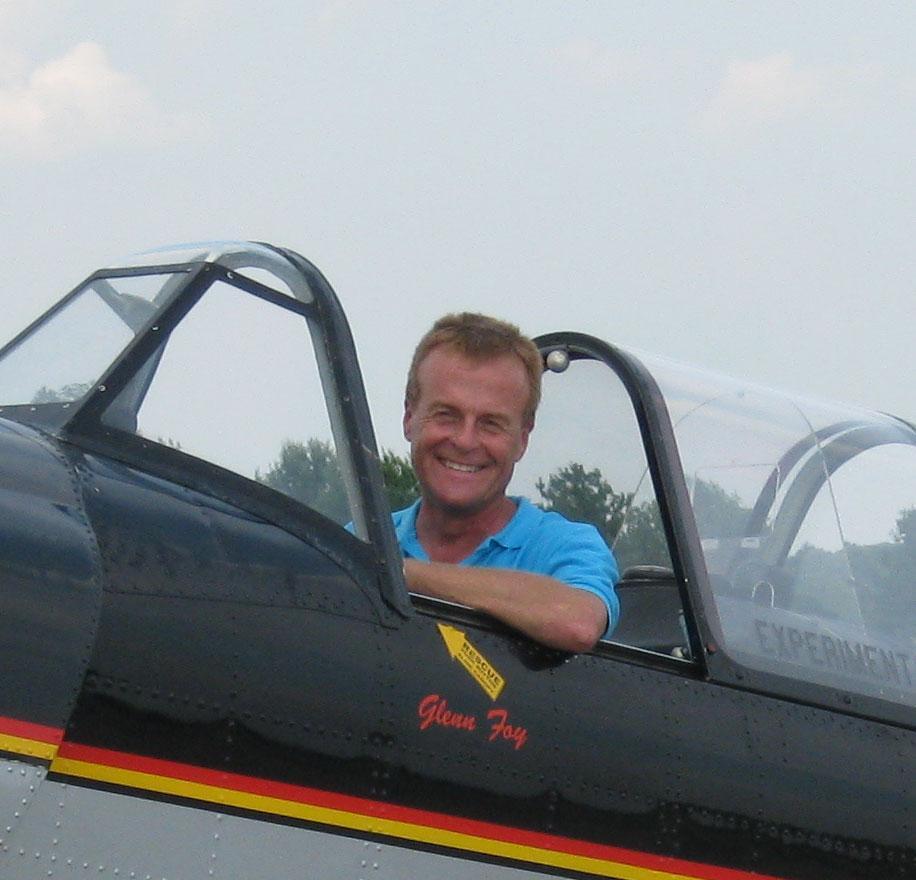 Glenn had a positive impact on anyone who knew him. He was a man with whom you could trust your life without reservation, and that I sincerely felt privileged to know. He is deeply loved and will be very sorely missed by us all. Love you brother - may you always find fair winds and clear skies.
Jon Wray
April 19, 2015 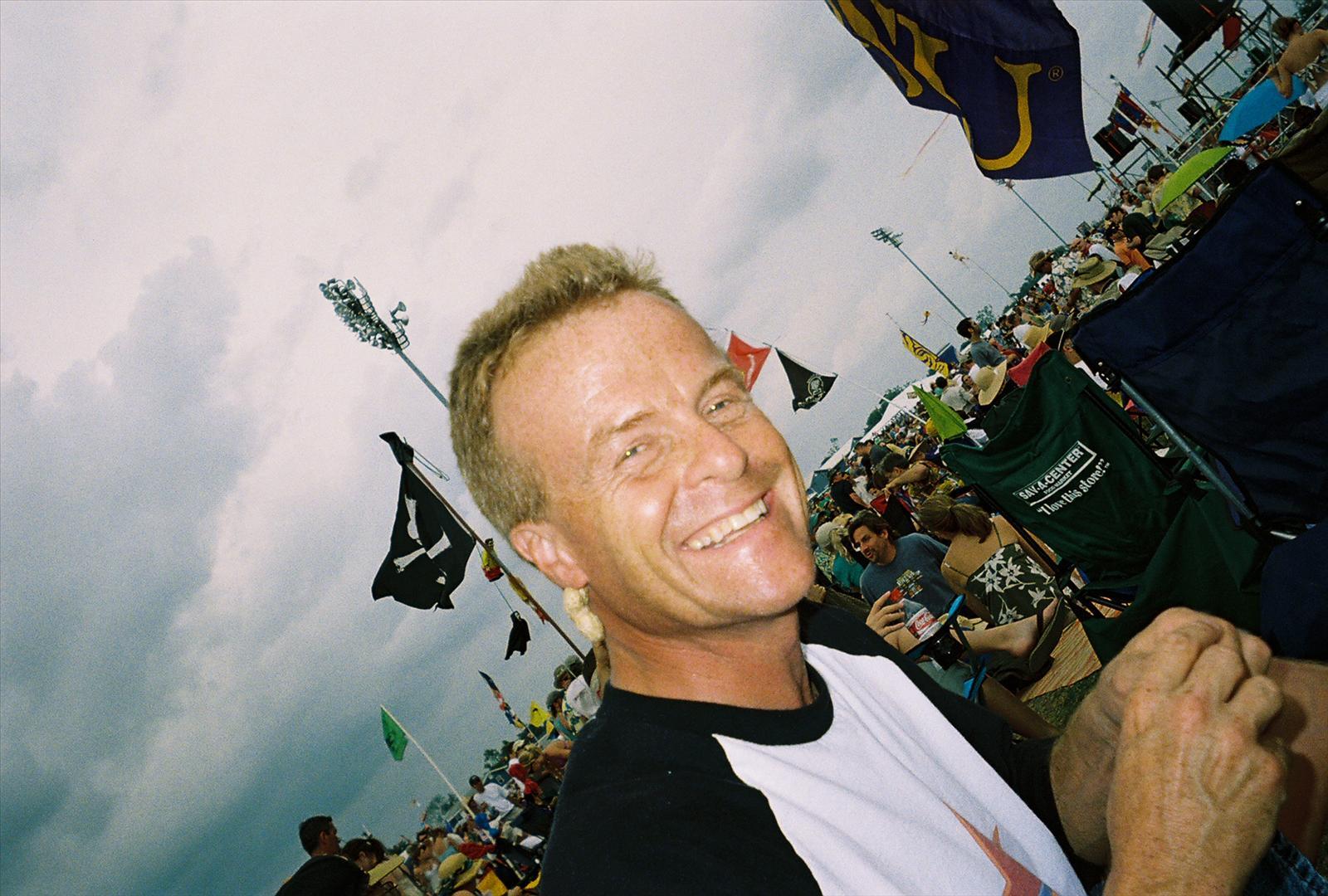