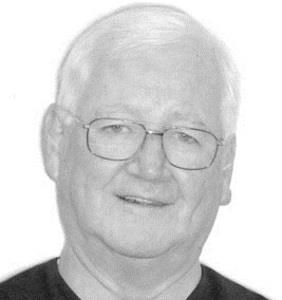 BORN
1940
DIED
2021
ABOUT
Cardinal Hayes High School
FUNERAL HOME
Stretch Funeral Home - Havertown
236 E Eagle Rd
Havertown, PA
O'CALLAGHAN SEAN JAMES Feb. 13, 1940 to May 13, 2021 Sean James O'Callaghan passed away peacefully at his home following a lengthy illness with Vascular Parkinsonism. He is survived by his beloved wife of 50 years Anne (nee Leahy of Ballybay, Ireland), his sons John Patrick (Cork, Ireland) and Conor (Havertown, PA), his daughter Margaret (Bryn Mawr, PA), his sister Joan Flaherty (Raleigh, NC), and numerous nieces and nephews. He was pre-deceased by his brother Peter and sisters Mary, Josepha, and Patricia. Sean was born the last of 6 children to Patrick and Margaret (nee Marron) O'Callaghan in College Point (Queens), NY. The family moved to the Bronx when Sean was two years old. He attended St. Raymond's Elementary School and Cardinal Hayes High School. Following high school, Sean moved to Philadelphia to live with his sister Josie and her family and attend St. Joseph's University, where he majored in history. Following graduation from college, Sean enlisted in the Navy and was stationed in Hawaii. After serving in the Navy, Sean attended the University of Pennsylvania School of Law. Following graduation from law school, Sean moved to Massachusetts to work at the Lowell Legal Services, where he married Anne in 1971. After relocating back to the Philadelphia area in 1972, Sean worked for Community Legal Services and was in private practice for many years before opening his own law office in 1989. He finished his legal career in 2014 as an Administrative Law Judge for the U.S. Department of Health and Human Services before moving from Ardmore to Media, PA in retirement. Sean enjoyed playing basketball, reading newspapers, going to movies, traveling, and discussing politics, current events, ideas, and philosophy. He adored his family and was fiercely loyal to them, delighting in their successes, accomplishments and achievements - Sean's memory and influence will live on in them. A Viewing will be held at 9:30 A.M. to 10:45 P.M. on Tuesday, May 18th at St. Denis Church in Havertown, PA followed by his Mass of Christian Burial at 11:00 A.M. The interment will take place in St. Denis Cemetery. In lieu of flowers, an offering in Mr. O'Callaghan's name to either The Welcoming Center, 211 North 13th St., Phila., Pa. 19107 or to St. Denis Church, 2401 St. Denis Lane, Havertown, Pa. 19083. STRETCH OF HAVERTOWN
Published by The Philadelphia Inquirer from May 15 to May 16, 2021.
To plant trees in memory, please visit the Sympathy Store.
MEMORIAL EVENTS
May
18
Viewing
9:30a.m. - 10:45a.m.
St. Denis Church
Havertown, PA
May
18
Mass of Christian Burial
11:00a.m.
St. Denis Church
Havertown, PA
Funeral services provided by:
Stretch Funeral Home - Havertown
MAKE A DONATION
MEMORIES & CONDOLENCES
Sponsored by Stretch Funeral Home - Havertown.
1 Entry
My sincerest condolences to Anne and the family for the loss of your husband. May you find comfort in his memory and the times you've shared together.
Rochelle T Cooks
Coworker
May 17, 2021
Showing 1 - 1 of 1 results