BORN
2004
DIED
2020
FUNERAL HOME
Buresh-Bennett Funeral Home Inc
212 W River Rd
Oscoda, MI
Dohnovan Xzavier-Lloyd Newcome, age 16, of Oscoda, passed away on Monday, Aug. 31, 2020 in East Tawas, doing one of the things he so loved to do, riding appropriately the bike he purchased with his own money.?
He was born on February 24, 2004 in Southfield to Michael A. Newcome and Jenny I. Dunn.? Dohnovan attended high school in Oscoda, and was currently in the 11th grade.? He had, just that day, begun the automotive program at the IRESA Tech Center in Tawas City and had so many great goals and aspirations for his future
Dohnovan was enthralled with everything about cars and was so excited about learning even more through the Tech Center program! He used his 16 years to the fullest and had wisdom and compassion beyond his years! Dohnovan enjoyed playing soccer, working on computers, playing car games on his X-Box and spending time outdoors, including cross country skiing.
When he was younger, he loved hunting and collecting bugs of all sorts. As Dohnovan became a teenager, he became a self-taught guitarist and learned how to play on his Papa's 40-year-old guitar, then his. He developed a love for the band Metallica and discovered that he and his mom had the same taste in heavy metal music, both secular and Christian.
An important part of Dohnovan's life was also riding his road bike with his Papa. Every Father's Day weekend for the last five years, he and his Papa would participate in the Sunrise Adventure Bike Tour along Lake Huron. They would ride 125 to 150 miles on this three-day tour.
Dohnovan loved and lived for Jesus as a member of the Oscoda Baptist Church, where he attended youth group, helped out in the sound booth whenever he had the chance, and defended unashamedly his faith at every opportunity! He also truly enjoyed volunteering at the Oscoda Wurtsmith Airport's Air Museum, where he was prized and developed a unique relationship and appreciation for all of the visitors, volunteers and veterans that he encountered there!
Dohnovan is survived by his loving mother, Jenny I. Dunn; his father, Michael A. Newcome; sister, Jessie Amber Dunn; maternal grandparents, Eddie (Scottie) Dunn and Carole (Norman) Roe; uncles and aunts, Leslie Smith, Lynette Dunn Nastasi and Hieu Nguyen, Raila Jacobson and Steve Wilson, Shawnda and Tom Giorgi, Dionne and Brian Oosterman, Yesica Marin, Andy Nastasi, Scott and Mary Falconberry and Tom and Bev Henderson; many cousins, and special friends, Joey, Garrett, Steven, Cody, Luke, Andrew, Kat, Brody, Tyler, Eddie, Sean, Dillon F., Dillon W., Jon, Jean, and many more. He was preceded in death by his paternal grandparents, Frank Farrugia and Dianna Cook and Aunt Annie.
The family will welcome friends on Thursday, Sept. 3, from 2 to 4 p.m. and 6 to 8 p.m. at Buresh Funeral Home in Oscoda and also on Friday, Sept. 4, from 11 a.m. to 1 p.m. at Oscoda Baptist Church. A service to memorialize Dohnovan will be held on Friday, Sept. 4, at 1 p.m. at Oscoda Baptist Church, Pastor David Dudenhofer presiding. Interment will follow the service in Oscoda Pinecrest Cemetery.
Memorial contributions can be made to the Oscoda Wurtsmith Air Museum, https://wurtsmithairmuseum.net/donate/. Condolences may be offered online at www.bureshfuneralhomes.com.
Published by Iosco County News-Herald from Sep. 3 to Sep. 15, 2020.
To plant trees in memory, please visit the Sympathy Store.
MEMORIAL EVENTS
Sep
3
Calling hours
2:00p.m. - 4:00p.m.
Buresh-Bennett Funeral Home Inc
212 W River Rd, Oscoda, MI
Sep
3
Calling hours
6:00p.m. - 8:00p.m.
Buresh-Bennett Funeral Home Inc
212 W River Rd, Oscoda, MI
Sep
4
Calling hours
11:00a.m. - 1:00p.m.
Oscoda Baptist Church
MI
Sep
4
Memorial service
1:00p.m.
Oscoda Baptist Church
MI
Sep
4
Interment
Oscoda Pinecrest Cemetery
MI
Funeral services provided by:
Buresh-Bennett Funeral Home Inc
MAKE A DONATION
MEMORIES & CONDOLENCES
Sponsored by Buresh-Bennett Funeral Home Inc.
3 Entries
Dohnovan, you were one of my best friends, you were there when I needed a friend, without you, I probably wouldn't be where I am today. miss ya bud
Robert Shock
Friend
January 4, 2021 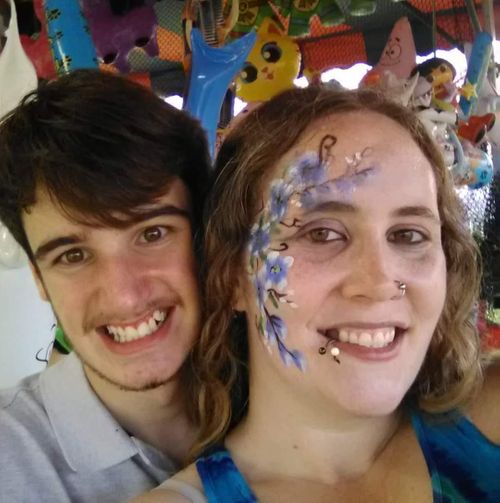 Joseph Edgar Leblanc
Friend
October 29, 2020
I am so, so sorry about your tragic loss! I never had the pleasure of meeting Dohnovan. My heart is touched as my husband was killed by a distracted driver in 2011. I saw the news on a Tawas FB page as I sat in my home in Lake Orion. I have a cabin in East Tawas where my husband and I enjoyed many bicycle rides. I have a “ghostbike” placed where my husband was killed in Lake Orion and if you would like to place one where Dohnovan left us I will help you.
Judith Finneren
Acquaintance
September 5, 2020
Showing 1 - 3 of 3 results