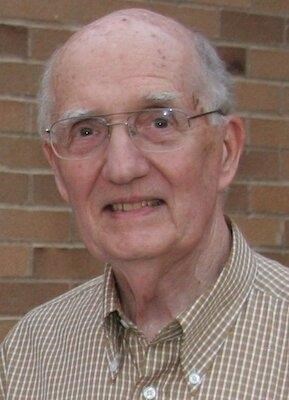 West Lafayette - Dave Landgrebe, 86, passed away November 21, 2020. He leaves behind friends, colleagues, and family who will miss his love, intellect, and humor. He was born and raised in Huntingburg, Indiana by parents Albert and Sarah Landgrebe with his brother John, who is also deceased. After graduating from Huntingburg High School in 1952, he went to Purdue University where he earned his BS, MS, and PhD degrees and where he spent his career teaching and doing research in Electrical and Computer Engineering (ECE). He served as Department Head of ECE and as Associate Dean of Engineering.

Dave married his wife Margaret Ann in 1959, and they were inseparable for 56 years until her death in 2016. They are survived by daughters Carole of Cincinnati, Mary of Norfolk, Virginia and by son J.D. and his wife Sue of Cincinnati. Dave will be remembered by his family for his loyalty and love and as someone who was a teacher to many, always kept the focus on doing the right thing, and insisted on helping others. Dave's work ethic, which began in his childhood working in his family's clothing store, built foundations on which others could stand and grow. Dave's example lives on to influence his grandson Chris Landgrebe, his granddaughter, Katie Marshall, her husband Colin, and their baby daughter Fox Lara.

Dave's career at Purdue was a distinguished one. He led pioneering research in the field of remote sensing. This built understanding of how to analyze the earth from space and was a foundation of NASA's ongoing Landsat program where the legacy of Dave's research is still influential today. The Institute of Electrical and Electronics Engineers' (IEEE) lifetime achievement award is named after Dave in the field of Geoscience and Remote Sensing. At Purdue, Dave was a collaborator and leader. He directed a lab that grew to more than 120 people and which brought together researchers from fields as diverse as geology and forestry. He authored several books and received numerous awards and accolades including NASA's Exceptional Scientific Achievement Medal. At the time of his death, he was one of 22 current and retired Purdue faculty who had been inducted into the National Academy of Engineering. These honors were grounded in authoring hundreds of scientific journal articles and mentoring dozens of students to their PhDs - launching them into their own distinguished careers that ranged from professor to groundbreaking engineer to even diplomat and foreign minister of their country. Dave was especially proud of the recognitions he received for excellence in teaching Electrical Engineering to undergraduate students. These came in the form of multiple "best teacher" awards from his ECE department and from Purdue Engineering as a whole.

Dave loved the community of the Lafayette Rotary Club where he served in several positions, including Treasurer. In later years, Dave enjoyed the community at University Place where he and Ann lived in West Lafayette. Dave was active in Faith Presbyterian Church.

There are no services planned at this time.

You may sign the guest book and leave condolences at www.soller-baker.com

Published by Journal & Courier on Nov. 26, 2020.
To plant trees in memory, please visit the Sympathy Store.
MEMORIAL EVENTS
To offer your sympathy during this difficult time, you can now have memorial trees planted in a National Forest in memory of your loved one.
Funeral services provided by:
Soller-Baker Funeral Homes, Inc - West Lafayette
MAKE A DONATION
MEMORIES & CONDOLENCES
Sponsored by Soller-Baker Funeral Homes, Inc - West Lafayette.
4 Entries
Una gran persona, con una amplia visión de su profesión.
Descanse en Paz
May 15, 2021
Dave was a wonderful mentor and friend. When I first started at Purdue 30 years ago, it was a bit overwhelming, but Dave always made me feel welcome, from the friendly conversations that helped guide me to opportunities that showed up at my doorstep. Dave always had an interesting story or a bit of humor to share, everything from delivering papers on a bike, to starting LARS in Research Park. He had a great way of keeping life in perspective, and he will be very much missed.
Charles A. Bouman
Coworker
December 13, 2020
David was a great man who influenced many. We had several great and memorable conversations. He will be greatly missed. Prayers to all the family.
Amy Allen
Friend
November 28, 2020
It was an honor to know Dave as a Purdue colleague. A pioneer indeed and a true gentleman.
John Contreni
Coworker
November 28, 2020
Showing 1 - 4 of 4 results