Christopher George Campbell was born on Sept. 16, 1974, at Tripler Army Medical Center on the island of Oahu, Hawai'i.

Chris was killed while serving our country along with fellow comrades in the Wardak province of Afghanistan on Aug. 6, 2011, during a rescue mission.

He leaves behind his wife and partner in life's adventures, Angelina; daughter, Samantha; parents, Larry and Diane; sister, Cindy; and brother, sister-in-law, and niece, Le, Terri and Courtney. He is preceded in death by both maternal and paternal grandparents who lived in northern Mississippi. Other survivors include uncles, aunts and cousins.

Chris graduated from White Oak High school in 1993, where he played football, baseball and basketball. While growing up, Chris attended First Free Will Baptist Church in Jacksonville. Chris was an avid outdoorsman who loved the beach and spent hours riding waves. He was also a proponent of hunting conservation, ocean conservation and sand dune preservation to ensure our beaches are maintained for the enjoyment of future generations. Chris was a proud supporter of the Wounded Warriors Project.

Petty Officer Campbell enlisted in the Navy and reported to Naval Recruit Training Command Great Lakes, Ill., on Nov. 25, 1996. On Feb. 4, 1997, he completed basic training and reported to FCTCLANT in Dam Neck, Va. Three months later, he entered Basic Underwater Demolition/SEAL (BUD/S) Training (Class 215) in Coronado, Calif. After six months of the most grueling and demanding training in the military, he graduated and reported to Basic Airborne School in Fort Benning, Ga.

He was assigned to his first permanent duty station on the west coast from May 6, 1998, to June, 4, 2001, and was then transferred to another SEAL team until May 8, 2004, and then to Naval Special Warfare Command in Key West, Fla., until Feb 17, 2006. After his tour was completed in Key West, Petty Officer Campbell became an east coast-based SEAL, where he completed numerous deployments around the world in support of the Global War on Terrorism.

In lieu of flowers, Chris requested that donations be sent in honor of his memory to the Wounded Warriors Project, P.O. Box 758517, Topeka, KS 66675-8517, or donations can be made online at support.woundedwarriorproject.org.

Condolences may be made at jdnews.com.

Sincerely
Sandee Garza Schock
May 27, 2019
John15:13
Thad,Emily Dodson
Friend
May 27, 2019
Chris, I keep your photo on my laptop, for inspiration. I keep you in my daily prayers. Rest Peaceful Sir
Bob Molloy
May 2, 2019
Thank You for the ultimate sacrifice.
Gone But Not Forgotten
Sandee Garza Schock
August 6, 2018
Never Forgotten
Thank You for the ultimate sacrifice.
Sandee Garza Schock
May 29, 2018
Saw the Wounded Warrior segment honoring you and decided to become a monthly donor to Wounded Warrior in your honor. Our daughter was in Iraq but we were lucky and got her home safe. Your family is in our thoughts.
Barbara & Jim
January 10, 2018
As a fellow service member, I thank you for your selfless service to keep all safe. And your dedication to conservative efforts. I salute you!
Thomas H. Smith, SSG, (Ret.) U.S. Army
December 18, 2017
Wonderful human being.Real hero.But you are now with our lord and savior.rest easy pal.
Matt Stilwell
December 17, 2017 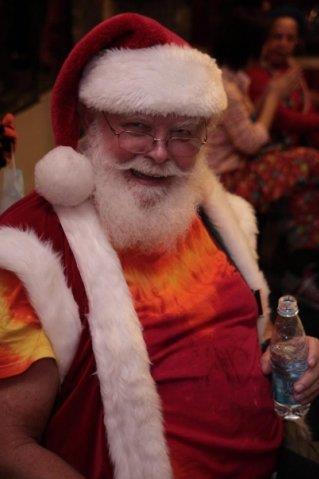 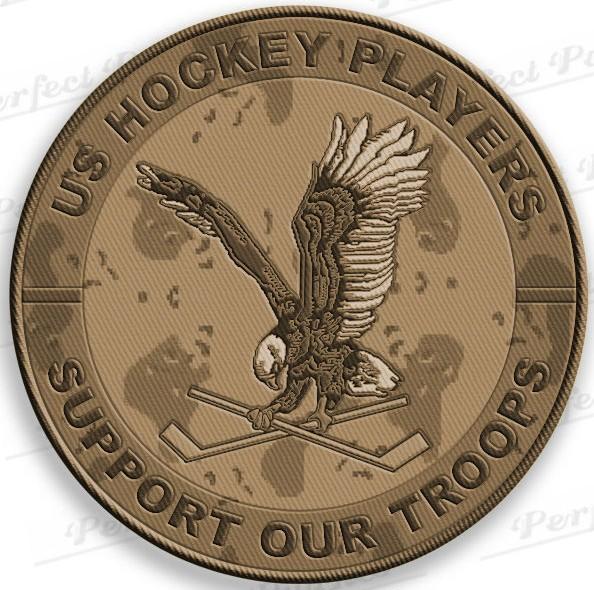 Hello,
We would like to express our deepest condolences and also let the Campbell Family know that we recently sent Care Packages to American troops in the war zones. Each box carried a dedication sheet that includes the name, service information and a photo of your loved one. We recognize that this is a humble tribute, but we wanted you to know that it is heartfelt and made possible by thousands of like-minded individuals in the youth hockey community and beyond. We will not forget. May God Bless you and keep you strong.
Sincerely,
Charlie Gili & Family
On Behalf of the US Hockey Players Support Our Troops Campaign
Charlie Gili
April 20, 2013
Chris there are things you said that I will never forget, things that will guide me through life. I told you I would never get a tattoo...lol...I lied. I got one today, a frog skeleton holding a trident with the date you left this world. Its for you bro. Rest easy....you done it right.
Billy Parton
February 10, 2013
Thank you for your service and sacrifice. You will never be forgotten. May God bring healing and comfort to your family.
Loretta Felix
December 30, 2012
Gone But Never Forgotten
Sandra Schock
August 7, 2012
We miss you Chris and love you, but i know you are in a better place then us here on earth, cause you are with the Lord and i want your family to know we are all proud of what you done and your buddies and all the miltary, our prayers are always with you and your family, love ya
Bonnie fleshman
August 7, 2012
I took my family to visit your grave site yesterday and I told my kids this is who a true hero is and does for his country. I could not help but remember all the times you told me when we were kids that this is what you wanted to do and that you wanted to be the best of the best. You did it!! I was a privilidge to know you and your family and I look forward to seeing you in heaven.
Chad Batten
August 6, 2012
On this day of the 1 Year anniverary , I wanted to remind your family that Christopher's sacrifice Has not & Will not be forgotten by my family & I . This Country seems to forget how Lucky we are to have the caliber of people that it takes to do what these men & women do & the families that raise them . God Bless our troops & there familes .
Curtis Glass
August 6, 2012
To the family of Special Warfare Operator PO 1st Class (SEAL) Christopher G. Campbell:
Christopher gave the ultimate sacrifice and will be held in the hearts of Americans forever. I cannot and will not let our fallen heroes be forgotten. My deepest sympathy to you. "Some gave all."
Peggy Childers
August 6, 2012
Together...We Will Not Forget...My name is Debbie Elam and I am the Chairman of the Virginia Memorial Quilt Project. Our group is making and presenting a numbered memorial quilt to the immediate family of each soldier killed in Operation Enduring Freedom, Operation Iraqi Freedom and the Global War on Terror with ties to the Commonwealth of Virginia. We have a website at www.vmqp.com if you get a chance to see the quilts. We have sent 207 quilts as of this date. Please contact me via email or phone at 804-598-0465 and I will get the information from you so we can send you a Memorial Quilt in honor of your soldier. Thank you.
Debbie Elam, Chairman
Virginia Memorial Quilt Project
P. O. Box 534
Powhatan, VA 23139
Debbie Elam
July 1, 2012
We will never forget, everyday at work when the flag is raised, I think of Chris and all the other men and I thank God for men like that. We are praying for his family and all the other team members families. John 15:13
Thad&Emily Dodson
July 1, 2012
Congratulations on your many accomplishments in life. May your family take comfort in this.
June 21, 2012
It seems there are no words adequate enough to express this loss. May God be your source of comfort and peace.
Karen Weideman
May 28, 2012
Rest in Peace BROTHER!!! A true warrior among warriors!
Le Campbell
November 23, 2011
Rest in Peace Warrior, your sacrifice will not be forgotten. A grateful America thanks you for your service and welcomes you home to your final place of rest as you have given all that one can give. And may the Lord wrap his arms around the family and help them find a measure of peace. With the utmost respect, TSAF ......
Lance O. Adams
October 11, 2011
You were a true hero. I'm honored to have known you. Your family will remain in my thoughts and prayers.
Jenn
September 29, 2011
Julie Tran and family so sorry for your loss. I was cried when I heard the

news on TV.
September 16, 2011
Cindy and family, I am so sorry for your loss.Even only meeting Chris once I knew he held a special place in your hearts. Hold on to the special times and memories and he will always be close.
God Bless
Linda Komljenovic
September 16, 2011
September 14, 2011

I am very saddened to hear that such a sweet person that loved life to the fullest could be taken away at such an early age. He had an influence in my life just as he had with every other person that came to know him. He had a quick smile and a big heart. All of us on earth that loved you and knew you all too well will miss you terribly.

Rich, Niki & Isabella Merchant
Raleigh, NC
September 14, 2011
My prayers go up to your family Chris and I want to say thanks for your sacrfice for this country!! You will be MISSED
September 1, 2011
Thank you for your sacrifice, You will never be forgotten. God Bless
Monica DiLauro
August 31, 2011
Chris, Mahalo (Thank You) for your sacrifice. We are free because of you and the guys whom you served with on the rescue mission.

As a fellow "Viking", I am humbled and blessed to have worked with you.

I'll see you in heaven brother.

Cherie Breslin
Class of 1989 White Oak H.S. Jacksonville, NC
Cherie Breslin
August 16, 2011
We are so sorry .
Tyler , jarret , & Kaylee Mitchell
August 16, 2011
It is with my deepest sympathy I write to say how very sorry I am for your loss . I did not know Chris but in my heart I know he was a true hero . If it were not people like Chris , what would our country be today ? He has my upmost respect , for it truly takes a special person to do the job Chris chose to do , he gave his life for us . To Chris' family , thank you for the unselfishness you lived with everyday , not knowing some things and knowing what could happen , did . I pray God wraps his loving arms around each and everyone of you and comforts you for I know you have suffered a great loss . God Bless you
K. Campbell
August 16, 2011
Thank you for your service, Brother. It was a pleasure to know you all of those years. God bless you and your family~
Lawrence Judkins III
August 16, 2011
To The Campbell Family: I don't know you but I just wanted to say Thank you for Christopher's service and fighting in my place he has given a great sacrifice for our country. May thought and prayers are with the ones he left behind. He is a HERO in my eyes. So sorry he life was taken so soon. GOD has a plan. Put all your faith in him and he will get you through....Blessings
Dee Sparrow
August 16, 2011
Larry, Diane, Angelina, Samantha and family members of Chris Campbell. Our sincerest sympathies and heartfelt prayers to you all. Christopher is a True American Hero. He is truly an inspiration to us all.Thank you Chris Campbell. God Bless.
Patsy Gregory
August 16, 2011
I will be praying for you all in your loss of Chris. I pray that God will comfort you and give you the strength to go on. I will miss Chris even though I didn't see him often. Love and God Bless you.
Lisa Smen
August 16, 2011
Thank You
Stephanie Mullins
August 16, 2011
Showing 1 - 100 of 135 results