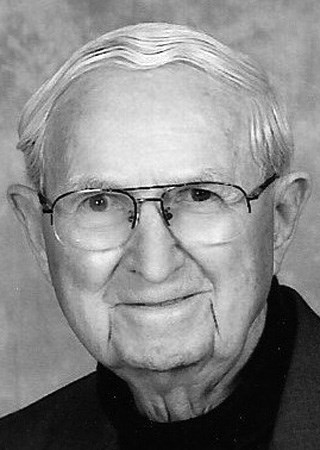 RACINE - Carlton James Ruud went to be with his Lord on May 9, 2021. He joins his beloved wife, Phyllis, to whom he was married for 70 years. Carlton was born in Racine, Wisconsin on April 25, 1923, to Elmer and Elborga (nee: Matson) Ruud and moved to Yorkville shortly after.

He served in the United States Navy, stationed in Guam, during World War II as an electrician on a floating dry-dock. Upon returning, he married Phyllis Ann Mikkonen on May 18, 1946. Carlton owned his own electrical contracting company in Sturtevant, Wisconsin, for many years and retired in 1985. After retiring, he and Phyllis enjoyed traveling (visiting all 50 states and some foreign countries), square dancing, and volunteering his electrical skills for several churches and mission organizations (including a short-term mission trip to Africa).

Carlton was a member of Calvary Memorial Church, Racine, Wisconsin, for many years, where he served on the Trustee and Executive Boards. After moving to Mesa, Arizona, he became a member of Trinity Baptist Church, Mesa, Arizona.

In lieu of flowers, donations may be made to the charity of your choice.

To plant trees in memory, please visit our Sympathy Store.
Published by Racine Journal Times from May 12 to May 16, 2021.
MEMORIAL EVENTS
Jun
8
Graveside service
10:00a.m.
McPherson Cemetery
Hwy "K" west of I-94, east of County Trunk "U", WI
MAKE A DONATION
Please consider a donation as requested by the family.
MEMORIES & CONDOLENCES
1 Entry
Sympathies to all of the Ruud Family. Carlton is fondly remembered.
William Bushell
Work
June 12, 2021
Showing 1 - 1 of 1 results