WFH - All Saints on Saturday, December 27, 2014, with his family at his side. He is survived by his wife, Cathleen; his sons, Joshua (Stacie) Holmes, Raena (Erik) Karolus, Fritz (Katie) Holmes; his grandchildren, Finja, Evan, Luna and Finnegan all of Racine. He is also survived by his brother, Thomas Holmes of California; brothers-in-law and sister-in-law, Tom (Suzan) Schober of Green Bay, Bill (Lisa) Schober of Chicago, John (Ann) Schober of Iowa, Prudy (Chris) Smith of North Carolina; as well as many nieces, nephews, friends and former students. He was preceded in death by their infant son, Caleb, and his mother and father, the late Raynor and Dorothy (nee: David was born on November 27, 1945 in upstate Newark, New York. After he graduated from Temple University, Tyler School of Art, he earned his MFA at the University of Wisconsin, where he met Cathleen, also an art student. They were married in Milwaukee on March 22, 1975. David began his career as an Art Professor at UW Parkside in 1977, and dedicated his life to art and art education. His work was recognized in 2013 with the Lifetime Achievement Award for his outstanding contributions to the visual arts in Wisconsin. A memorial service will be held in the summer at the Holmestead Cabin, date to be announced. An art scholarship in David’s name is established through the Educators Credit Union in Racine for those wishing to contribute to a memorial. Draeger-Langendorf Funeral Home & Crematory 4600 County Line Rd. Mt. Pleasant, WI 53403 552-9000 www.draeger-langendorf.com

To plant trees in memory, please visit our Sympathy Store.
Published by Racine Journal Times on Dec. 31, 2014.
MEMORIAL EVENTS
No memorial events are currently scheduled.
To offer your sympathy during this difficult time, you can now have memorial trees planted in a National Forest in memory of your loved one.
Funeral services provided by:
Draeger-Langendorf Funeral Home & Crematory
GUEST BOOK
38 Entries
My condolences to the Holmes family. My folks (Sam & Marilyn Ames) went to college with David, and he was always spoken highly of in our home. Especially at Christmastime, when we'd eagerly open a fantastically illustrated Holmes Christmas greeting! May God grant you deep comfort; eternal rest grant unto David.
Stephanie (Ames) Finley
January 17, 2015
I just recently heard of David's death. We were in High School together in Newark, New York. David was always a kind person, a gentle soul with a wicked sense of humor and amazing artistic talent. David was an asset to our school and to our community. It was good to see him at our 50th reunion. My heartfelt sympathy to all of you on your loss. We can believe that when we look to the sky when it is full of color that David will be looking down upon us. Peace to David and to all of you.
Noreene Pearl Stahlecker (Gorall)
January 13, 2015
David was a good friend in high school. Glad I got to see him last fall at the 50th reunion. So sorry for your loss of a great man.

Dick Proseus
January 10, 2015
My thoughts and prayers are with all of the Holmes family....I'm sure he will be dearly missed! (A fellow artist and high-school friend!)
Carol Foxenburgh
January 8, 2015
On behalf on Newark High School's Class of '64, please accept our deepest sympathies on the loss of such a memorable person. We were so fortunate to have been able to spend time with Dave and you, Cathleen at our reunion this summer. Please know that many thoughts are with you and yours at this difficult time. Dave was a star when we knew him and now his brilliance will continue to shine down on us all. Blessings
Class of '64
January 8, 2015
To Cathleen, Josh, Raena & Fritz:
My deepest sympathy to you and yours. David was a wonderful man to know at Parkside. Praying for you.
Karen (Malonee) Peltier
January 6, 2015
My deepest sympathies to family, friends, students and colleagues. His 'works' of art touched all in inspiring wonderments of joy. Thank you for sharing David with all of us and thank you David for sharing yourself and your art with this world. You leave this world more beautiful for your being here.
Josephine
January 6, 2015
I am so sad to hear of the loss of David Holmes to his family and the community. Although I was inspired and amazed by his art, what impressed me most about David was his kind and generous soul. His humor and creativity will live on in all of his artwork displayed on campus, in the community and in our homes. His kindness will live on in our hearts.
-Debra Karp, UW-Parkside
January 6, 2015
Dear Holmes Family,

My deepest sympathies go out you. I always enjoyed his wit and uplifting outlook on life. He was a fantastic artist and an inspiration to all. He will never be forgotten for his devotion to the Arts and and to the University of Wisconsin Parkside.
Tara Schmidt
January 5, 2015
It was a grest privilege to have been in his class. I loved seeing his murals in some of the schools around town. He will be greatly missed.y condolences to the family.
Dave N
January 3, 2015
Very Sad News to read and hear of the passing away of Art Prof Holmes , . . . an "Awesome & Aesthetic" Artist, and Art Colleague Pal of mine. He was an " Inspiration" to many young Art Students at the UWGB Summer Art Camps for numerous years. Condolences to the Family and Friends-of-Art ! ( Prof-Emeritus-Ret: Bob PUM).
Robert (Bob) PUM
January 3, 2015
So incredibly sorry for your loss. He was a wonderful man by what you've told me, and you were a great family to spend time with. My deepest sympathies.
Sam, ICU RN
January 3, 2015
Cathy, Josh, Raena & Fritz...

You have my condolences. I moved TO Racine and David is one of the first people who welcomed me to the community.
You know that his name is synonomous with quality art in S.E. Wisconsin and I've never thought of him not being here. My family and I have always enjoyed the whole Holmes experience, whether in Racine, Kenosha or Hayward and your loss will be felt by many.
We all know that our loved ones are loaned to us by our creator. I hope you'll carry the joy that David brought long after your sadness has has eased.
He will always be a great memory for many, many people who care about you.

Love, CP
Curt Pruitt
January 2, 2015
David was a fantastic Art Professor, honored to have him - will miss him and his artwork/creativity immensely. TimC
January 2, 2015
Sending my deepest condolences to the Holmes family.
Amy Norgaard
January 2, 2015
Professor Holmes was such a brilliant artist, friend and mentor. He will live on through his art and memories we all share of him. He always made us laugh and was a wealth of knowledge. I'm glad I had the opportunity to be one of his students at UWP. May you RIP Prof. Holmes and my sincere condolences and prayers to your family and friends. (I'm sure you are creating art in heaven right along with Professor Matthew Bynum who we also lost too soon). Forever in our hearts

-Amber Kish
January 2, 2015
He was one of the most sensible & caring people I have ever had the pleasure of working with. Best to his family. He was a cool guy (& he would smile at that thought).
January 1, 2015 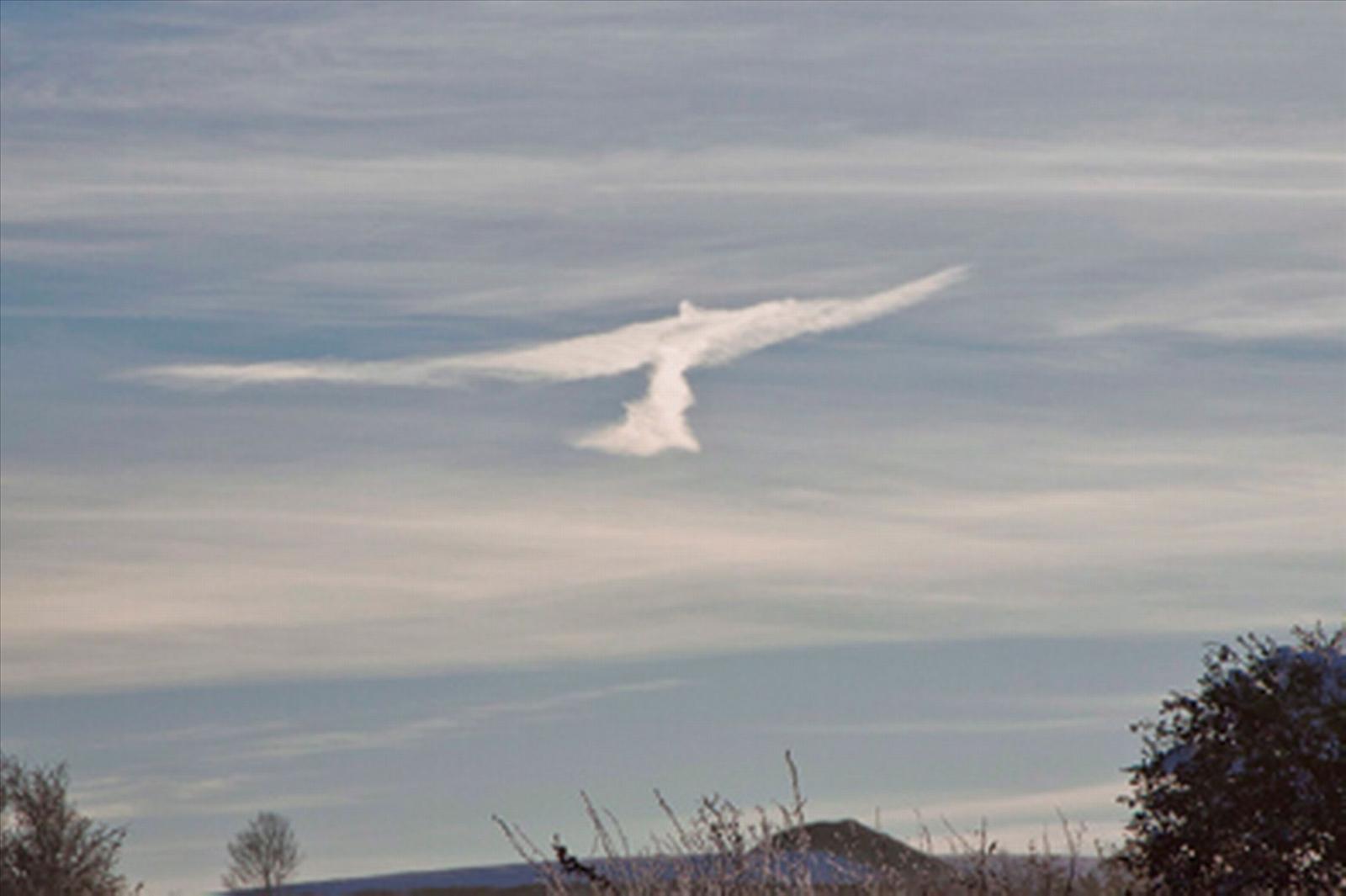 David you are the best. I will miss your kind heart. Long live your creative sprite in all of your students. Have a great new journey playing with the clouds.
judi golombowski
January 1, 2015
What a heartbreaking loss. David was a wonderful professor and a big influence in my college career. I am thankful to have known him.
Brenda Raab
January 1, 2015
May this difficult time bring the family closer together, in as David would not allow sorrow, only celebration of life.
David's physical body may not be with us anymore, but there is no doubt that his big personality, wealth of knowledge & creativity has left little "pockets of David" everywhere. As we run into these memories, you can bet that we most likely will shake our heads a little, & put on a big ole grin. What a guy.
Rob Miller
January 1, 2015
Sorry for your loss. David was always so funny and you could expect the unexpected. Still have my frog laying on a lily pad. RIP my friend.
Louise Jones
January 1, 2015
My favorite professor at Parkside from almost 20 years ago. As a foreign student new to the US and self-taught artist, he always made me feel welcome in his classroom and I loved his fun art classes. My sympathies to his family
Dineshi Burchi
January 1, 2015
Professor Holmes was and will always be an extraordinary artist. He welcomed me with laughter and kindness. It was a joy having known him. May he paint the sky every day now. My many condolences on the loss of a kind man.
Amanda Pfender
December 31, 2014
My prayers are with you and your family
Christina Spears
December 31, 2014
Deepest sympathies to his family and friends. His genuine spirit, extraordinary kindness and wonderful art will be greatly missed, but remembered and will serve as inspiration for everyone who knew him.
Vikki Doneva
December 31, 2014
Deepest sympathies to David's family. He was a gentle man, a gifted artist, and a friend. God bless those of us left behind.
Michael Snider
December 31, 2014
Professor Holmes (Sir) was a magnificent human being and a bloody brilliant artist. He was one of a kind. I'm glad there is a little of David everywhere. School walls, galleries, museums, living rooms, and most of all, our hearts.
Erika Subrod
December 31, 2014
I'm so sad to hear he has left us. He was a great mentor and teacher of mine. I will remember all he has taught me about art, life and friendship. Very sad news.
Eric Easthon
December 31, 2014
Dang, David. Too soon, my friend.
Mary Moss
December 31, 2014 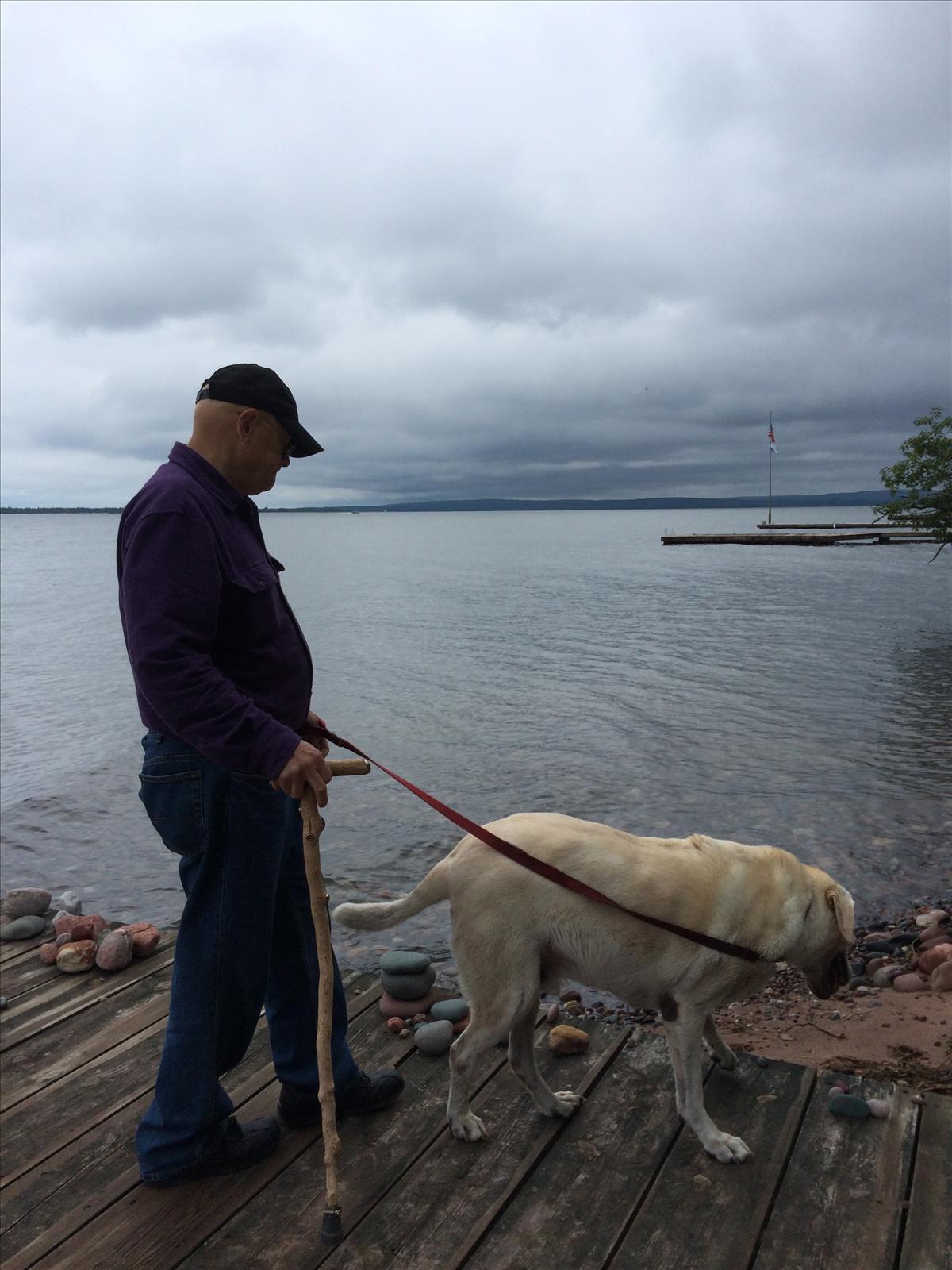 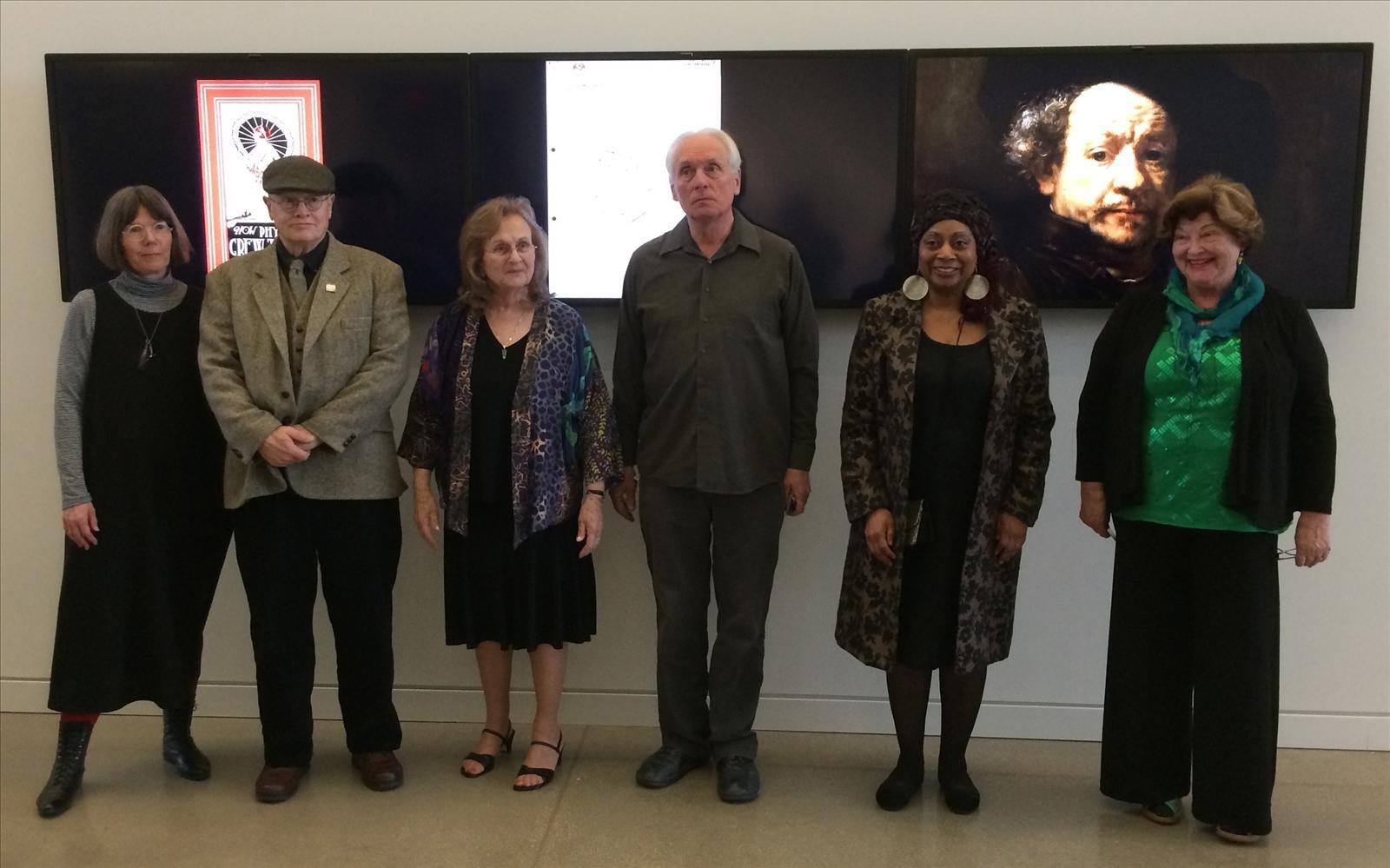 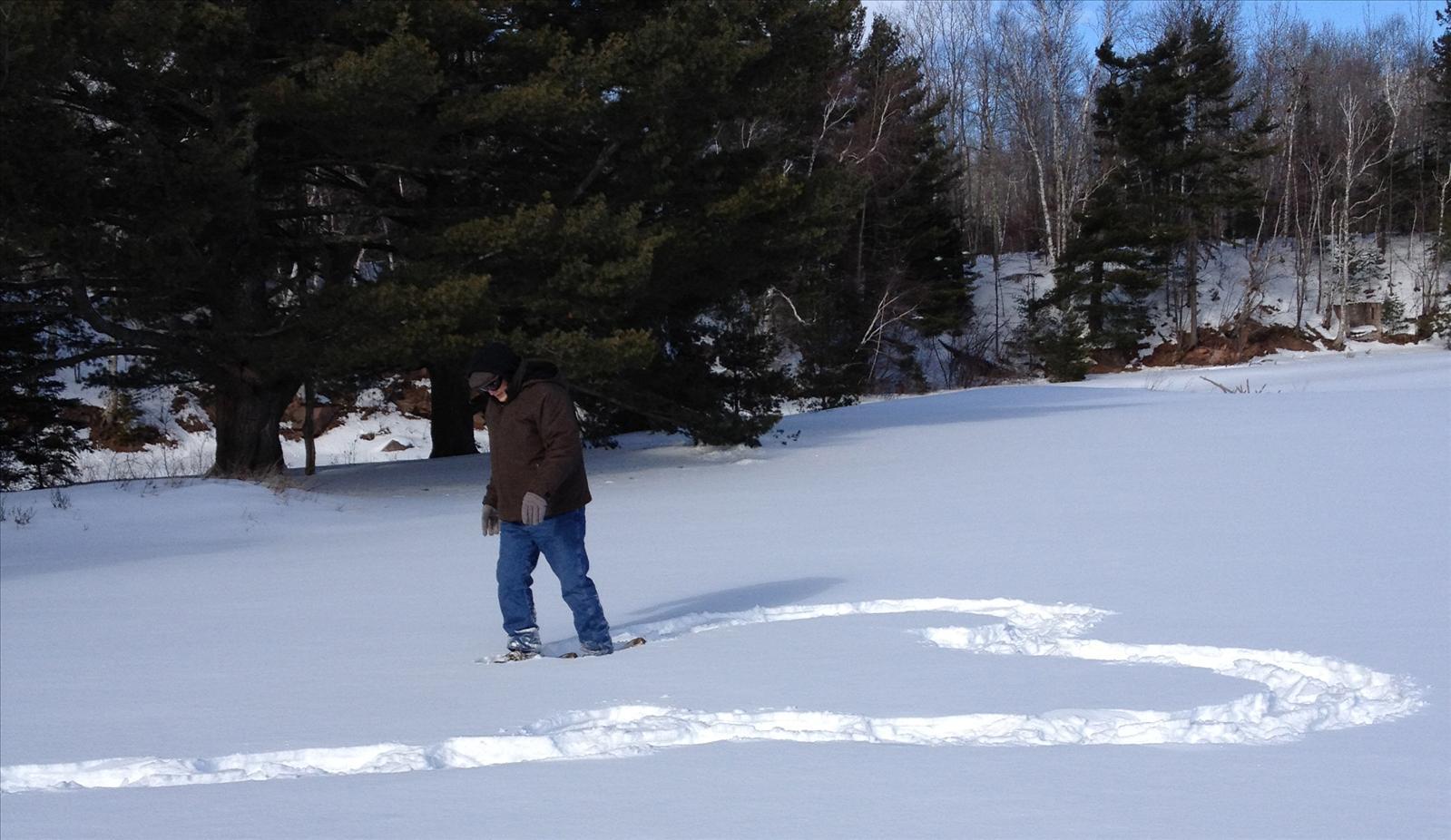 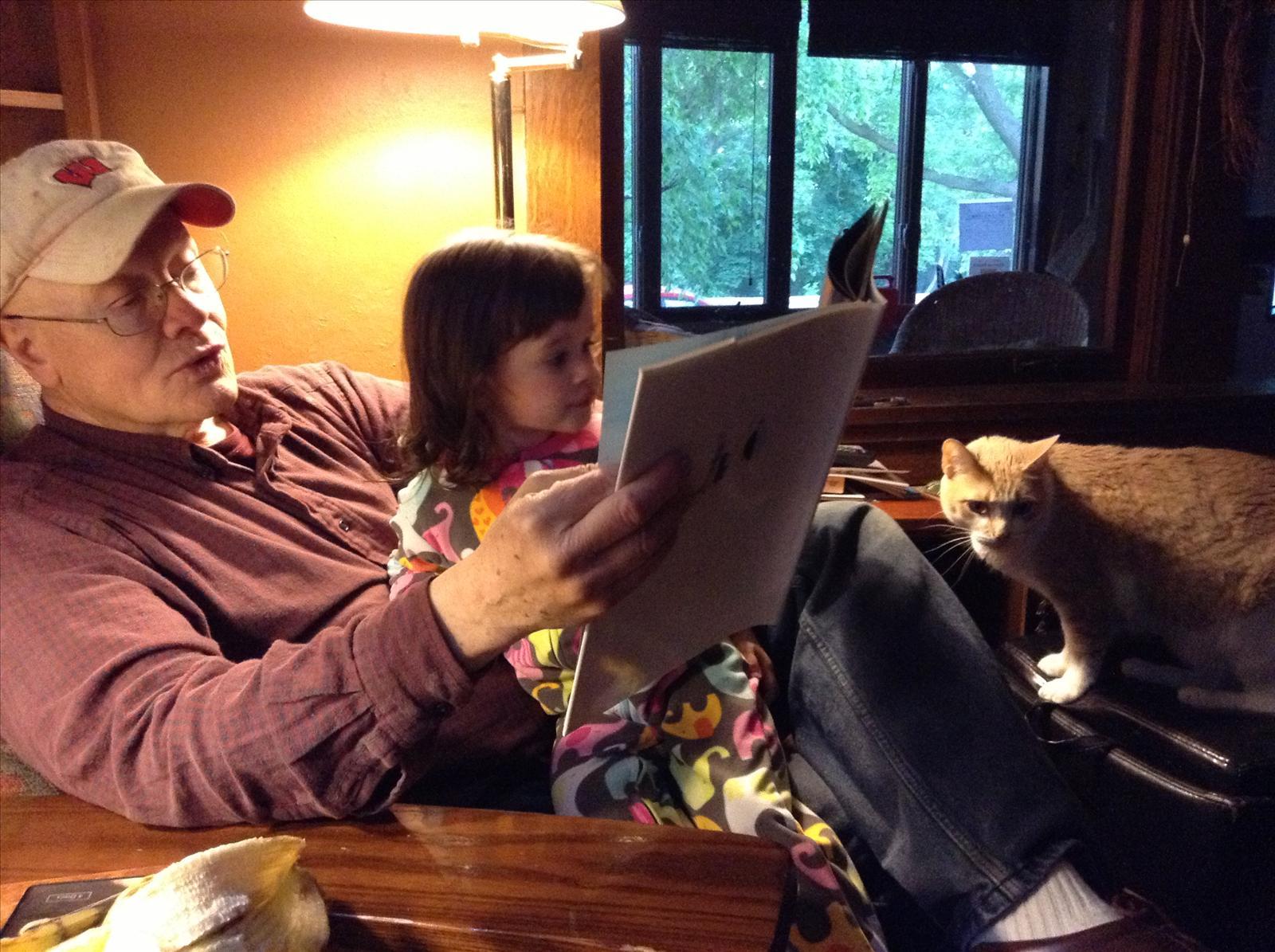 Cathy
December 31, 2014
I am beyond sad to hear this news. He was one of the nicest and most talented people I knew. My love to the family.

Julie King
December 31, 2014
David is responsible for so much of who I am as an artist. He always knew just the right way to light the path ahead so that I could find my way. His quotes and sense of humor are legendary.

Even after my time with him in the classroom, he continued to be a valued mentor and took a keen interest in what I was doing.

He leaves an eminence legacy through his work and the countless hearts he touched over many years.

My condolences to his family. May God bless you all.
Kollis Branch
December 31, 2014
So sorry to hear about the lost of this wonderful man! He was truly gifted in so many ways. It's not what he taught me academically (although he was a great teacher)that stands out for me, but his ability to love everyone, and to see beauty in everything, his ability to laugh, even at himself, and his ability to force a person't imagination. He was truly one of my favorite professors and he will be missed by many. I don't know how else to say it. Rest in peace, Valentine! To die is an awfully big adventure. Now you can see for yourself if the angels actually have wings or not.
Wendy Barr
December 31, 2014
David Holmes was a great guy: brilliant artist, wickedly funny, always with that big smile. A true gentleman. Such a loss for us all.
Joe & Pam Gemin
December 31, 2014
We will never forget the fun our young son Tim had when he worked with the cub scouts at Fine Arts School. What a talented guy all these years, sharing his love of art. My sympathies.
Mary Mollerskov
December 31, 2014