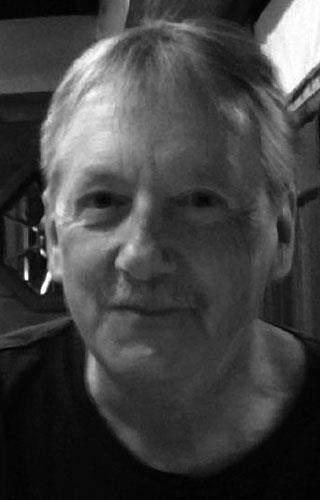 Evan L. Rench, 63, passed away suddenly at home from a heart attack in Louisville, Kentucky.

Evan worked as a pipe organ technician for almost 40 years He was a master of his trade, and is nationally recognized by his work through his clients and colleagues.

Evan began working with his father, Thomas R. Rench, tuning and building pipe organs in 1981 in Racine, Wisconsin. He would go to work for Andy Meyer Pipe Organ Preservation Co., Peter Weber Pipe Organ Builders, Miller Pipe Organ, Buzard Pipe Organ Builders, and then back to Miller. When Jim Miller retired in 2013, he gracefully divided his business and Evan took on a third of his clients and began his personal business: Evan L. Rench, Pipe Organ Technician.

Evan had an impeccable sense of professionalism. He acquired and kept detailed service records for over 100 churches in the midwest, ranging from Wisconsin to Mississippi. He cared deeply, and spoke frequently about his work, no matter how big or small the job. He always served to the best of his professional abilities.

Evan loved his friends and family. Although many were spacially distant, he expressed a deep love for them and participated in life events as best he could for as long as he lived.

He was a spiritual being, and he lived a rich physical life. He loved music, nature, and art. He had the best laugh.

A great man, who worked in the service of the Lord. He touched the lives and hearts of thousands. We rejoice in your rest, Evan. Blessed to have known you. Until we meet again, we will "Keep the Faith".

2 Timothy 4:7-8 (KJV) 7. I have fought the good fight, I have finished my course. I have kept the faith: 8. Henceforth there is laid up for me a crown of righteousness, which the Lord, the righteous judge, shall give me at that day: and not to me only, but unto all them also that love his appearing.

"Think about how many times I have fallen, spirits are using me, larger voices calling. What Heaven brought you and me, cannot be forgotten." Southern Cross. Crosby, Stills, Nash.

There will be a Celebration of Life for Evan in April, after Easter. Details are in the works. Please send an email to: [email protected] if you would like to attend. Peace.

To plant trees in memory, please visit our Sympathy Store.
Published by Journal Times on Mar. 8, 2020.
MEMORIAL EVENTS
No memorial events are currently scheduled.
To offer your sympathy during this difficult time, you can now have memorial trees planted in a National Forest in memory of your loved one.
GUEST BOOK
0 Entries
Be the first to post a memory or condolences.